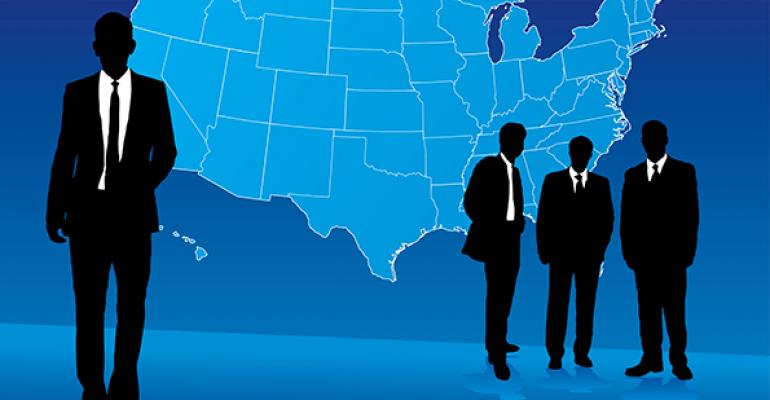 The “we’re all in this together” ethos that characterized top executives in the postwar era had been replaced by a new creed: “I’ve got mine.”

(Bloomberg Opinion) -- In 1943, a group of top U.S. businessmen, calling themselves the Committee for Economic Development, began meeting in New York to discuss postwar employment. Sooner or later, they knew, legions of servicemen would be returning home in need of jobs. Forecasters were predicting that up to 30 million people could be unemployed once the war ended, which would plunge the country right back into the depression it had pulled out of only recently.

To avoid that fate, economists calculated that the country needed 58 million private-sector jobs, up from 49 million in 1940. Abandoning conventional corporate wisdom, the committee embraced organized labor and called for deficit spending by the federal government. According to Rick Wartzman’s book, “The End of Loyalty,”Harrison Jones, the chairman of Coca-Cola, argued that companies would need to start hiring more workers than they needed “so that the nation’s economic flywheel would begin to turn —workers becoming consumers, leading to demand for more products made by more workers.” In addition, prices would need to be low and paychecks high — even though that would obviously affect profitability.

And that’s exactly what industry did when the war ended in 1945. By putting the needs of the country ahead of profits, corporate executives helped initiate one of the greatest economic expansions in history.

Fast-forward to 2008. The “we’re all in this together” ethos that characterized top executives in the postwar era had been replaced by a new creed: “I’ve got mine.” Those ensconced in America’s C-suites were making millions of dollars every year  — sometimes tens of millions — while worker pay had stagnated. Shareholder value reigned supreme. Companies’ commitments to the cities in which they operated had evaporated. Shareholder activists attacked companies that weren’t ruthless enough about laying off workers or taking on debt. The needs of consumers and employees paled next to enriching shareholders.

The 2008 financial crisis exemplified this attitude. Think about how banks and mortgage servicers acted when millions of homeowners were unable to afford their subprime loans. Most of the time, they foreclosed instead of trying to find a way to modify the loans so that owners could remain in their homes. American International Group, which required a $170 billion bailout from the government, insisted on paying its traders $165 million in undeserved bonuses. Small companies closed because they couldn’t obtain loans — even though the big banks had taken billions in bailout loans from the feds. New layoffs were announced seemingly every day as the U.S. suffered through the worst recession since the Great Depression.

Now, of course, the world is suffering through a new crisis, one caused by a pandemic. A few weeks ago, I wrote about how the coronavirus crisis had caused the Twitterati to act more respectfully toward one another. It’s true in the physical world as well: bikers and joggers smile and wave as they pass one another; customers ask about the well-being of those who are serving them; people wait without complaint as they stand in line, 6 feet apart, for their turn to enter the grocery store. There are a hundred examples like that.

When the coronavirus crisis first began, I wondered how the men and women running companies would act. Would they behave like the executives of the 1940s or like those of 2008 and 2009? So far, at least, the answer appears to be the former. The larger question is whether this change will be lasting.

Let me give you two examples that crossed my radar screen recently. In their own ways, they are representative of what many companies are doing.

Xerox Holdings Corp. is not one of those companies facing a grim post-crisis future. Last year, it had $1.4 billion in earnings and $1.2 billion in free cash flow. Compared with other big companies, its stock buyback program is small. And though business is undoubtedly down, the company continues to generate revenue; the health-care industry, after all, uses copiers.

Xerox was onto the crisis early; it had a stay-at-home policy in place well before the federal government began urging people to self-isolate. But the Xerox brass, starting with Chief Executive Officer John Visentin, decided that it wasn’t enough to simply ride out the crisis. “We have some of the smartest scientists in the world,” Visentin told me the other day. “It was impossible to believe that we couldn’t do something for mankind.”

The first thing the company did was join forces with the suit manufacturer Hickey Freeman, which like Xerox is based in Rochester, New York, to make masks for Rochester General Hospital. (It turns out that N-95 masks are made from the same material that is used in some of Xerox’s high-end printers.)

Looking around for more it could do, Xerox began to focus on ventilators. It found a small company in California, Vortran Medical Technology, which makes a $120 ventilator that’s meant to be used by patients who don’t need a full-blown $20,000 intensive care ventilator. (Most Covid-19 patients fall into that category.)

Xerox and Vortran struck up a partnership. Xerox has since put together a supply chain, obtained the equipment it needs to create a small ventilator plant and is devoting a portion of its factory floor near Rochester to the venture. The floor is being configured so that the workers will be 6 feet apart, and other social-distancing measures are being taken. The hope is that  Vortran and Xerox will be able to produce 150,000 to 200,000 of these disposable ventilators a month.

Nobody asked Xerox to do this, which is part of the point. It saw a need — one that had nothing to do with its core business, and will never make much money — and decided to try to fill it. Hundreds of Xerox employees have been volunteering to join the project, which is another important aspect: Employees and management are aligned, something that hasn’t often been true in corporate America these past few decades.

My second example is Bank of America. As my Bloomberg Opinion colleague Brian Chappatta noted in a column on Wednesday, the bank’s first-quarter profits were down 45%. But CEO Brian Moynihan seemed unperturbed.

“Just as important as our financial results this quarter is what we are doing to take care of our teammates and to help our clients and our communities impacted by the virus,” he said at the opening of the bank’s quarterly conference call. Curious, I asked a bank spokeswoman for some more details. A half-hour later, she sent me a long list.

It was impressive. For employees, the list included no layoffs in 2020 because of the coronavirus crisis; expanded benefits including no-cost coronavirus testing and $100 a day for backup child care; and a $20 an hour minimum pay rate. For customers, the bank has stopped foreclosures and allowed them to request payment deferrals on everything from auto loans to credit card late fees. There was more, including $100 million for communities to buy medical supplies and help for small businesses.

When was the last time you heard a CEO tell a group of Wall Street analysts that its treatment of employees was as important as its financial results? Maybe never. How often have companies used their core resources to tackle societal challenges that will never accrue to the bottom line?

That this is taking place across corporate America gives me hope. There is something about disease — and the prospect of death — that causes people to think hard about what truly matters. This may turn out to be naïve, but I believe that is happening in the executive suites of America’s big companies.

Shareholder value has been an insidious force inside U.S. businesses, creating incentives that have led to selfish and callous behavior. If this crisis brings about a new set of C-suite values — or, more accurately, a return to an old set of values — then at least one good thing will have come of it.