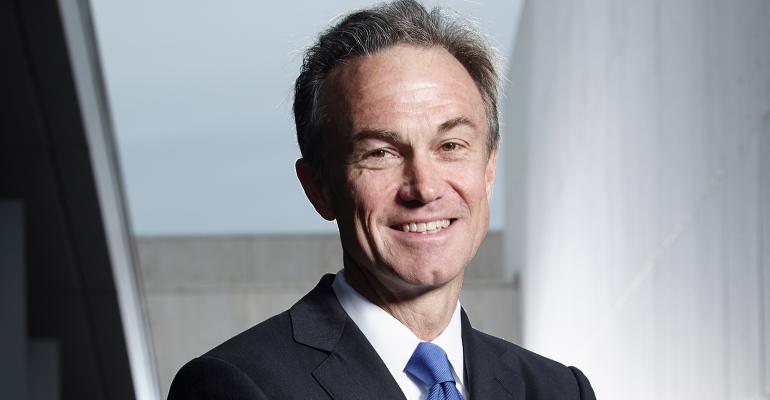 Morgan Stanley’s best trading performance in more than a decade capped off a quarter in which Wall Street capitalized on wild markets. But the firm cast doubt on whether those gains can continue.

(Bloomberg) -- Morgan Stanley’s best trading performance in more than a decade capped off a quarter in which Wall Street capitalized on wild markets. But the firm cast doubt on whether those gains can continue.

The bank is already seeing a 20% to 30% drop in volume from March’s surge, and warned that a protracted lockdown could bring all the negatives of the first quarter without the trading boon. For now, a 24% jump in revenue from its stock and bond desks helped Morgan Stanley cushion declines at other units and a spike in loan writedowns.

“Over the past two months we have witnessed more market volatility, uncertainty and anxiety as a result of the devastating Covid-19 than at any time since the financial crisis,” Chief Executive Officer James Gorman said in a statement Thursday.

The bank posted about $1 billion of provisions and writedowns on loans, as well as the markdown of an energy-related investment, driving an 8% decline in companywide revenue. The pandemic and its effect on the economy may “adversely impact our future operating results, and the attainment of our financial targets,” Morgan Stanley said in the statement.

The outbreak of the coronavirus sparked wild price swings in stock and bond markets, a boon for Wall Street trading desks that became an island of prosperity as the pandemic attacked other businesses. The top five trading firms generated a combined $27 billion in revenue, rebounding from years of low volatility that kept trading operations underperforming.

Every firm posted a more-than 20% jump from a year earlier, with JPMorgan Chase & Co. generating record revenue and Citigroup Inc. posting a 39% surge even as many traders spent the final weeks of the quarter working from home.

The gains at Morgan Stanley showed its traders can still be counted on to help boost results even as the firm shifts more of its focus and resources to managing money. That operation had an 8% drop in revenue.

There’s no guarantee Wall Street can continue to rely on volatility to keep trading desks humming through the crisis, Chief Financial Officer Jonathan Pruzan said in an interview.

“Trying to predict trading outcome is quite challenging,” he said, adding that even though activity is down as much as 30% this month, the levels are still higher than in January and February.

Gorman made expanding in wealth management his top priority in the years following the financial crisis. In February, the firm unveiled plans to purchase E*Trade Financial Corp. as the CEO turned to acquisitions to speed up Morgan Stanley’s makeover.

It was the industry’s biggest takeover since the 2008 financial crisis, but the timing was particularly unlucky: The day of the announcement marked the start of a historic slide in the S&P 500 index that at one point erased a third of its value.

Pruzan said Thursday that the firm still expects the deal to be completed sometime in the fourth quarter.