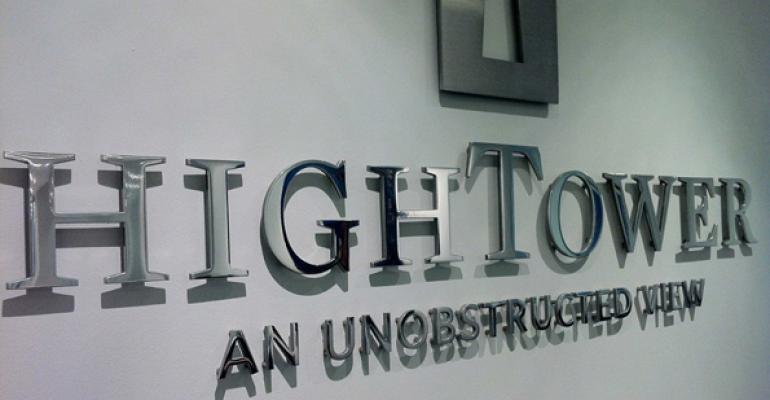 Hightower said it has acquired an undisclosed ownership stake in Frontier Investment Management, a $3.3 billion RIA based in Dallas, the firm's third and largest deal this year.

Chicago-based Hightower has taken an ownership stake in Frontier Investment Management, a Dallas-based registered investment advisor with $3.3 billion in assets under management, its third and largest acquisition of the year.

Hightower bought the $1.4 billion AUM Cincinnati RIA Osborn, Williams & Donohoe in May and Wellspring Associates, a wealth planning and consulting firm specializing in estate, legacy, philanthropic and tax planning for the ultra wealthy, in April of this year.

It is one of the largest pure RIA acquisitions to be announced this year, said Dave DeVoe, founder of M&A consultant firm DeVoe & Company, behind only Fiduciary Trust’s deals for Boston-based Athena Capital, with $6 billion in AUM, and Philadelphia-based Pennsylvania Trust, with $4 billion in AUM, announced in January, and Blucora’s deal to acquire for CPA-based hybrid RIA HK Financial Services, announced in April.

Hightower CEO Bob Oros declined to say how much of an ownership stake it has taken in Frontier. The firm has been very active during the pandemic and plans to announce a fourth deal later this week and a number of other deals later this year.

“We are very pleased with the state of our M&A conversations and are proud of the fact we have continued to move things along during a very difficult period,” Oros said.

Frontier is led by principals Brian Hattendorf, Richard Sowden and Gary Schoen, and has 42 employees, 35 of whom interface with clients in advisory roles. The RIA said it considered nine other firms before choosing Hightower.

Oros added that the deal was not geographically motivated; the firm already operates in 33 states, including all of those where Frontier is located. But rather the decision was related to the “quality” of Frontier’s future prospects for growth.

Part of the lure of Frontier for Hightower was the significant next-gen headcount at the firm; employees were bumped up to partner in connection with the deal, he noted.

DeVoe said it was “a good example of how a sale can benefit G2 and employees.” Not only were eight people promoted, he said, but “all employees are benefitting from Hightower's enterprise-level scale. A sale to the right partner will often help take the selling organization to the next level.”

This evolution was fueled by a major capital infusion from private equity player Thomas H. Lee Partners in 2018 and has been largely orchestrated by Oros, who left H.D. Vest to take over at Hightower in January of last year, replacing founder and previous CEO Elliot Weissbluth, who remains a board member.

Earlier this year, Thomas H. Lee was reportedly pursuing a sale of Hightower, but both parties declined to comment. “We always pay attention to our capital structure, but I have nothing to report on that,” Oros said.

Meanwhile, Louis Diamond, executive vice president and senior consultant of advisor recruiting firm Diamond Consulting, called the deal a “major move by Hightower and one of the larger M&A deals this year,” which he said could augur good things to come in the second half. He also predicted that Frontier would be a “solid candidate to become a rollup within Hightower.”

Cambridge International Partners was Frontier’s M&A advisor on the deal, which is expected to close before the end of September.