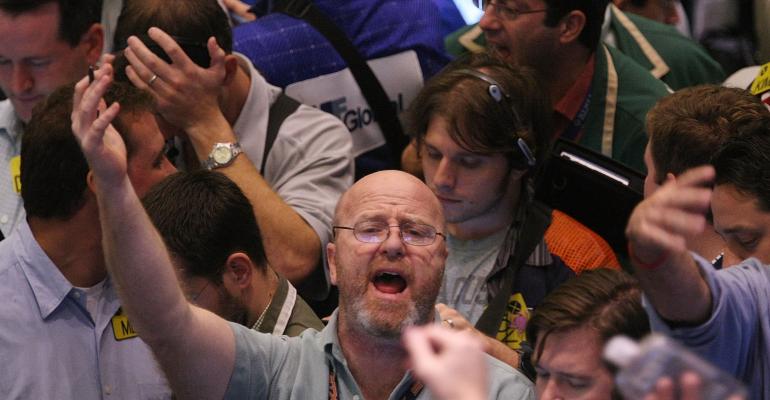 Even investors who notched double-digit returns wound up trailing their benchmarks because they failed to take a chance on enough beaten-up energy and mining company bonds at the February bottom.

(Bloomberg) -- Last year, the biggest winners in the high-yield bond market were investors who eked out any positive gains. This year, even returns of 15 percent aren’t enough to make the top rank.

Blame commodities. Even investors who notched double-digit returns wound up trailing their benchmarks because they failed to take a chance on enough beaten-up energy and mining company bonds at the February bottom. Major U.S. junk-bond indices, from Bloomberg Barclays and Bank of America Merrill Lynch were up 16.9 percent and 17 percent this year as of last week, respectively, while the median high-yield fund with more than $1 billion of assets returned 13.4 percent, according to data compiled by Bloomberg.

After jolting investors in late 2015 and continuing to plunge until oil prices stopped falling on Feb. 11, energy debt came roaring back to gain some 37 percent this year, according to Bloomberg Barclays data. When -- and how much -- investors bought in early 2016 was key to beating benchmarks.

"In hindsight, we wish we bought almost every bond in the energy index in February," said Michael Collins, a money manager at Prudential Fixed Income, which oversees $681 billion and has been underweight energy holdings this year. “But the fundamentals for a lot of high-yield energy companies are still not that great.”

Many producers need oil prices in the $55 to $60 range to be profitable, according to Bloomberg Intelligence. Investors who embraced the debt, however, saw their bets pay off this year. The AllianceBernstein Global High Income Fund, which has returned 23 percent this year, began adding energy and metals and mining bonds trading at distressed prices in late 2015 and early 2016, according to  Gershon Distenfeld, one of its managers. The AllianceBernstein fund manages about $1 billion and is closed-end, meaning a chunk of its gains came from its trading at smaller discount to net asset value.

“People capitulated and they ended up selling paper at very distressed prices,” Distenfeld said. “Markets tend to overshoot. The key is to be patient.”

Even as high-yield bonds began to outperform, the new-issue market struggled to emerge from the doldrums. New bond sales plunged 14.3 percent from a year ago, Bloomberg data show, with high-yield energy companies selling about $28.7 billion of notes in all, the least since 2009. OPEC’s announcement of a production cut and an accompanying surge in crude prices spawned a sales spree, with energy companies including Chesapeake Energy Corp. and Tesoro Corp. selling some $10 billion in December.

Investors’ new interest in one of the best-performing asset classes in the world, coupled with the lack of new supply, has helped send the extra yield they demand to hold the debt tumbling to as little as 4.01 percentage points in December, the lowest since 2014.

Fallen angels, or bonds issued by companies that have lost their investment-grade status, though, were another bright spot. Notes sold by Canadian miner Teck Resources Ltd. and offshore driller Transocean Ltd., both of whom were cut to junk in 2015, were the top performers in high-yield, according to Bank of America Merrill Lynch Index data, returning more than 100 percent and 50 percent, respectively, including interest.

At this point, though, investors and strategists aren’t expecting high-yield’s run to extend much further. Bank of America predicts returns in the 4 percent to 5 percent range in 2017, though it recommends investors stay overweight in energy. Distenfeld said it may take a fresh bout of volatility in 2017 before he’s tempted to take new big bets.

“I wouldn’t identify anything as super-attractive,” he said.