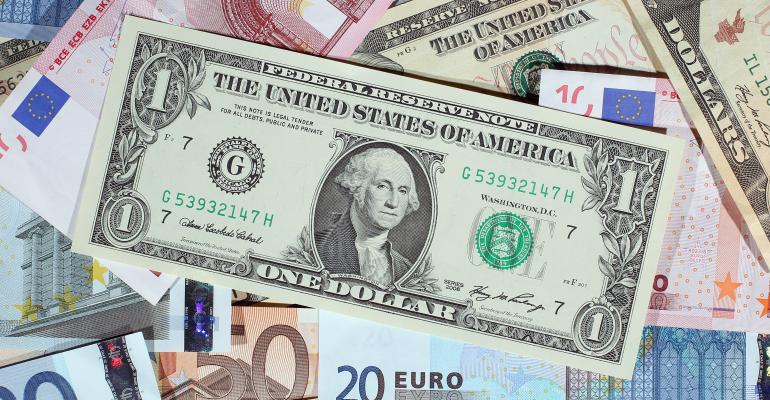 Nader Naeimi put on the wager before the U.S. election and the dollar has surged almost 12 percent against the yen since the momentous occasion on Nov. 8.

(Bloomberg) -- Nader Naeimi, who made the right bet buying the dollar against the yen before the U.S. election, is selling the greenback against the currencies of Australia, Brazil, Russia and Turkey.

“It seems like long dollars is becoming a no brainer,” said Naeimi, who has two decades of investment experience and heads a dynamic investment fund at AMP Capital Investors Ltd. in Sydney. “In my mind, when it’s obvious, then it’s obviously wrong.”

Hedge funds and other large speculators trimmed their net bullish dollar positions last week, after boosting their bets to the highest since January, according to Commodity Futures Trading Commission data. The greenback has surged almost 8 percent this quarter, its best performance since the September 2008 period based on Bloomberg’s gauge, as investors bet that President-elect Donald Trump’s promises of tax cuts and infrastructure spending will boost economic growth and inflation.

The rally is fizzling out and any further strength will be limited, Naeimi said at the end of last week. While the market is pricing in renewed expectations that the Federal Reserve would diverge from other major central banks by tightening policy aggressively, the U.S. central bank raised rates only once this year compared with its own earlier forecast of four increases, he said.  Futures traders see only two quarter-point moves in 2017 even thought the Fed is calling for three hikes.

Naiemi has been buying the Russian ruble, Brazilian real and Turkish lira against the dollar this month, favoring their high real yields, recovering economies and “very cheap” valuation, he said. While the ruble and real have been among the top performing emerging-market currencies since end-November, the lira had tumbled to a record low.

Against the Australian dollar, Naiemi will buy the greenback should it move toward 85 cents, while becoming a seller as it strengthens past 72 cents. Swaps are signaling that Australia’s record-low benchmark rate of 1.5 percent may have hit rock-bottom in an easing cycle that began late 2011.

Naeimi put on the wager before the U.S. election and the dollar has surged almost 12 percent against the yen since the momentous occasion on Nov. 8. The Bank of Japan kept its yield-curve and asset-purchase programs unchanged this month and pledged to keep expanding the monetary base until inflation is above 2 percent.

“The yen remains the vehicle of choice for dollar bulls since the U.S. election, so it’s hard to call a high just yet,” said Sean Callow, senior strategist at Westpac Banking Corp. in Sydney.