ESG Investing
brought to you by 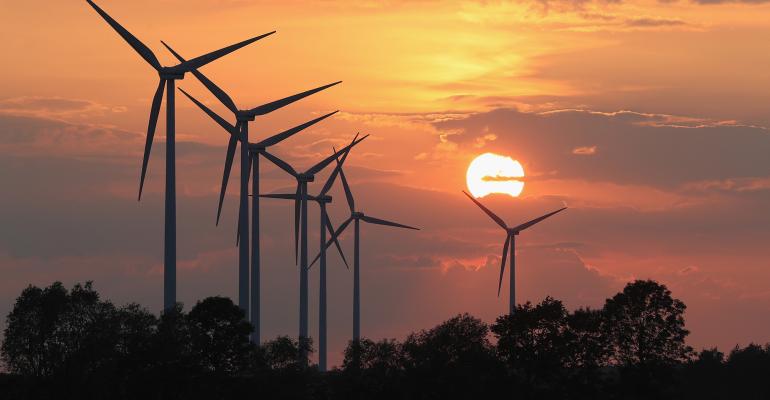 What It’s Like to Be a Sustainable Investor Under Trump

How to do environmental, social, and governance investing when the government is rolling back regulations.

(Bloomberg Markets) --We asked investors who focus on environmental, social, and governance matters about their insights into how the U.S. administration is affecting their strategies.

Keep an eye on regulatory rollbacks

So far, says John Streur, “company managements are behaving better than the government” by adhering to international agreements. But the administration isn’t only easing regulations when it comes to climate and other issues, it’s also reducing the level of enforcement. Calvert is keeping an eye on companies that may be trying to benefit from that shift.

“No companies are coming out publicly and saying, ‘We’re going to change our sustainability practices,’” he says. “But what we’re watching for is lobbying activity and political contributions and efforts to promote these alternative-information sources on scientific information.” One area of scrutiny is the auto industry, where Streur has seen efforts to roll back efficiency regulations.

Calvert’s Global Energy Research Index, which focuses on alternative energy, has surged almost 30 percent. “Even though there has been talk about using coal to light your home,” he says, “consumers want clean, safe, renewable energy.”

Why the green selloff hasn’t happened

Geopolitical risk, such as the stormy U.S. relations with North Korea, has been high throughout the Trump administration. “The interesting thing is how quickly investors seem to get over anything that happens,” says Louise Dudley. Hermes has been able to take advantage of that with some short-term trades on what she calls “mispricings,” even though the company normally has a three- to five-year time horizon for its investments.

Some investors are already looking beyond the Trump years, even though he’s yet to complete his first year in office. Many investors expect there to be no second term, she says, and “companies themselves are having discussions about the longer-term opportunities.”

That may be one reason an expected selloff in green-tech companies failed to materialize. Dudley cites the former Dong Energy, now called Orsted A/S. The Danish utility company is moving from 40 percent coal power in 2014 to a goal of 100 percent renewables by 2023. Its shares have advanced about 29 percent this year.

In the health sector, Trump’s attacks on high drug prices have had a positive effect on corporate behavior. “Companies are now very focused on releasing policies on drug pricing,” Dudley says.

As the administration takes actions that affect health, human capital, and the environment, Zevin is stepping up its shareholder advocacy. “Even if policy backslides, companies will not be setting themselves up for future success if they just race to the bottom,” Pat Miguel Tomaino says. Zevin is encouraging companies to adopt higher-than-required standards.

An example: The administration pulled back from an Obama-era rule requiring companies to report pay data based on race and gender. Zevin is asking them to do it anyway, writing to companies including Apple, Oracle, and Amazon.com. It also will be filing shareholder proposals on the issue in the coming year. After Trump’s slow response to the Charlottesville, Va., murder of an anti-Nazi demonstrator, Zevin wrote to the chief executive officers of portfolio companies such as Johnson & Johnson, urging them to resign from the president’s business advisory council.

Zevin avoids investing in companies that operate prisons. Yet it owns shares in JPMorgan Chase & Co., which has a stake in prison operators, a sector this administration has favored. “We want to see the company divest or at a minimum to use its substantial influence to push toward better practices,” Tomaino says.

Investors in the past year or so have shown increasing interest in wielding their power by voting proxies or backing shareholder ESG resolutions. “I am seeing a shift in our clients,” says Jennifer Sireklove. “They’re moving away from a passive approach and moving toward a more thoughtful and informed approach.”

Climate has been atop the list for sustainable investors for several years, and the administration’s easing of some regulations hasn’t changed that, she says. Investors have varied approaches to climate, which also can extend to downstream industries such as mining and chemicals, Sireklove says. “Clients say, ‘We care about companies that have poor environmental practices,’ ” but they tend to evaluate them vs. peers, instead of screening out entire industries.

“Gender parity and equal treatment of women in the workplace is up there with climate,” she says, adding that it became a top issue even before the 2016 presidential campaign. “There’s been a normalization of the conversation about how many women are on a company’s board.” Some clients persist in holding shares of companies with all-male boards so they can press them to change, Sireklove says.  Colby is a senior reporter at Bloomberg News in New York.