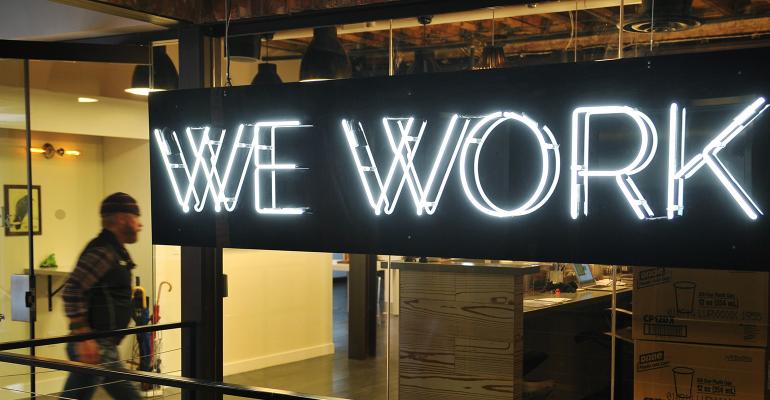 WeWork Isn't the Only Wreck Hiding in Your Portfolio

(Bloomberg Opinion) -- Look inside your mutual fund: WeWork isn’t the only unicorn with a valuation so slippery that it’s worth $47 billion one day and $0 the next.

Back in June 2015, fund managers from Fidelity Investments to BlackRock Inc. valued their stakes in Uber Technologies Inc. somewhere between $33 and $40 a share. The ride-hailing company is now trading at the low end of that range; so depending on where your savings is parked, you could be facing losses. Meanwhile, in September, Fidelity slashed the estimated value of its stake in Juul Labs Inc. by 48% to $386 million, amid a government crackdown on the e-cigarette company.

And how much is WeWork worth? It depends on whom you ask and when. In March, well before the office-space startup began circling the drain, another mutual fund managed by Fidelity slashed WeWork’s valuation by roughly 35% to $18.3 billion, a sharp reversal from six months earlier, when it suddenly raised its estimates. Now hedge fund billionaire Bill Ackman says WeWork is probably worth “zero” and more writedowns are in the works.

In recent years, traditional active managers have rushed to invest in unicorns, desperate for any edge over cheap exchange-traded funds. While some genuinely believe private markets can generate outsize returns, a lot of this comes down to management fees. Why should an investor pony up for a mutual fund when performance isn’t necessarily any better? This helps explain how index funds in the U.S. officially eclipsed stock pickers by assets under management. What active funds can offer, however, is access to unicorns — now that’s something worth paying for.

Still, we’re left scratching our heads about why different funds’ valuations of unicorns can vary so much, and how they can fluctuate so wildly from month to month.

The inconvenient truth is that when valuing late-stage unicorns, asset managers have a lot of leeway. Methods approved by accountants are overly complex and rely on assumptions that can spit out vastly different outcomes.

For instance, how do you put a price on a unicorn that, by your estimation, has an 80% chance of pulling off a successful initial public offering in nine months, but may have to wait another three years if market conditions sour? The American Institute of Certified Public Accountants recommends a “hybrid method” that combines scenario analysis with the Black-Scholes options pricing model.

That has many flaws. Even under the 80% scenario, the value of a fund’s unicorn stake could evaporate or soar depending on a manager’s sentiment. To protect themselves, prominent venture capitalists buy into sky-high valuations with something called a liquidation preference, which means they’ll get their money back first when the company lists. Some aggressive ones even request a multiple: If a mega-fund puts $100 million into a unicorn with a liquidation preference of two times, it must get $200 million back before anyone else can sell their shares. If the unicorn manages to sell only $150 million worth of shares in a souring IPO market, then everyone else is left empty-handed. Conversely, if the unicorn can sell $1 billion, everyone goes home happy. So it’s all about the manager’s assessment of the IPO market’s conditions — in nine months' time.

That’s just the easy part. Under the scenario of a delayed listing, we enter the realm of the quants —  Black-Scholes, which uses six variables, including a security’s price and volatility, to determine the fair value of an options contract. When it comes to startups, the accountants’ association suggests using a pricing method that assumes a three-year timeline to an IPO. But how do we determine unicorns’ pricing volatility? By definition, private firms don’t trade. The model also values a fund's holdings as if they are call options; investors holding a more senior liquidation preference clause have a more valuable option. In other words, BlackRock can easily justify a higher valuation than, say, Fidelity if its shares are more senior.

The problem isn’t private firms, per se, but that unicorns have stayed private for way too long. With early-stage startups, valuation is easy: All stakes are common stock, so the worth of a co-founder’s slice is based on her proportional share of the “post-money” valuation. It’s when the late-stage financiers arrive —  demanding extra clauses that make their investments more debt-like in nature —  that things get murky.

Ironically, when the world spirals into a recession, private markets can be a safe haven for managers because their investments don’t need to be marked to market. This, in turn, creates an incentive for everyone to rush into private markets, where new funding rounds spit out gravity-defying albeit questionable valuations. The pattern also helps explain why cash vampires like WeWork get to balloon to $47 billion, more than three times the expected pricing of its abandoned IPO. It’s great for fund managers to temporarily buffer from writedowns, but ultimately the rest of us are absorbing the losses.

To contact the editor responsible for this story:
Rachel Rosenthal at [email protected]