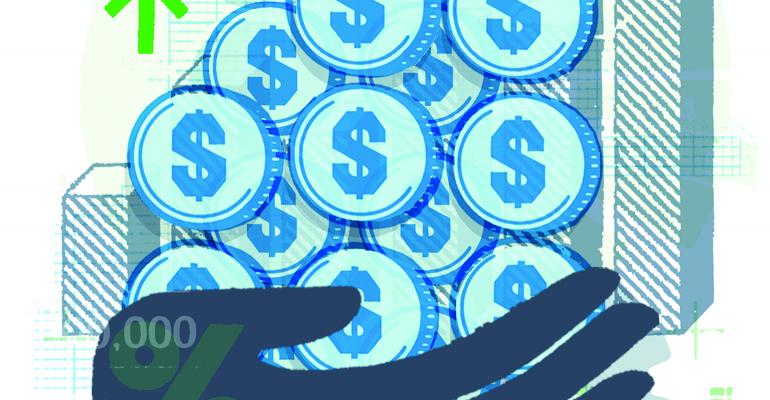 Investors saved $4 billion last year thanks to lower fees, wealth managers are still too vulnerable to down markets and accounting firms partner on wealth management.

Investors saved roughly $4 billion in expenses last year, according to a Morningstar report, as U.S. open-end mutual funds and exchange traded funds came in at an asset-weighed expense ratio of 0.52 percent, on average, down 8 percent from 2016—a record drop. Investors holding U.S. equity, taxable-bond, and international equity funds benefited from the largest declines, while the drop in fees for passive funds slowed from a year ago and passive alternative funds actually saw an uptick of 2 percent. On the active side, funds saw their largest fee decrease in over a decade, dropping 4 percent. The study noted that an “asset-weighted average is a better measure of the average cost borne by fund investors, rather than an equal-weighted average,” because the most expensive funds typically account for a smaller percentage of assets.

Report: Wealth Managers Are Too Complacent Despite strong profits in 2017 and a shake-up in revenue streams, wealth managers are still precariously situated for a market downturn, according to a new report by Oliver Wyman and Deutsche Bank. Global financial wealth of high-net-worth investors grew by 7 percent last year, the report noted, but wealth managers have not focused enough on setting themselves apart from the pack: revenue models are still too closely linked to equity markets. In 2008, revenue fell by 15 percent, according to researchers. A similar drop today would see revenue decrease by 12 percent. “Wealth managers must act now to preserve their superior valuations by focusing on more strategic and structural changes to their value propositions and business models, both of which they have failed to address in recent years,” said Kai Upadek, Oliver Wyman’s head of wealth management. Focusing on specific client segments, narrowing “the geographic footprint” served, and improving data analysis can bolster resilience and spur revenue growth, said researchers. Two accounting firms are partnering on offering wealth management services, according to Accounting Today. HBK CPAs & Consultants’ affiliate HBKS Wealth Advisors is acquiring a minority stake in K·Coe Isom LLP’s subsidiary K·Coe Wealth Management LLC, the firms announced. HBKS has $3 billion in assets under management while K-Coe has $356 million. HBKS’ wealth division is based in Erie, Penn., while K·Coe is in Loveland, Colo. “The access we will have to the resources of a firm with $3 billion in AUM, including the HBKS infrastructure and depth of expertise is a clear, tangible benefit for our firm and our clients,” K·Coe CEO Jeff Wald said in a statement. “This partnership will amplify our wealth management capabilities and provide opportunities to collaborate with another CPA-centric wealth management firm to address client needs and develop solutions,” said K·Coe Wealth Principal Blake Allen.