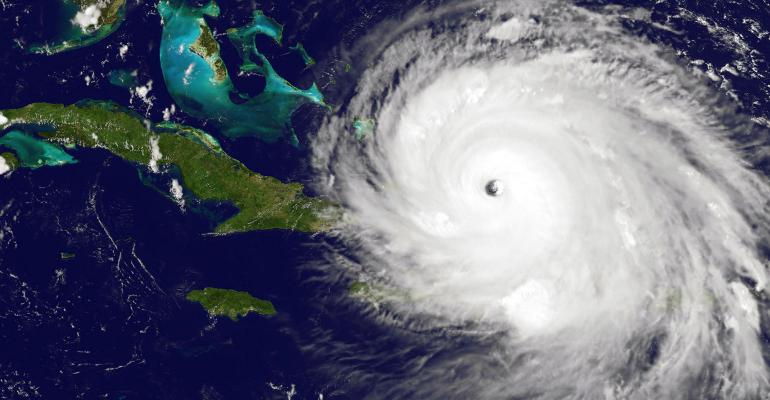 (Bloomberg) --Stephen Barnes suffered damage from Hurricane Irma even before it hits Florida.

He owns Stone Ridge Reinsurance Risk Premium Interval Fund, a mutual fund that dropped 11 percent this week as the hurricane wreaked havoc in the Caribbean. In calmer times, Barnes has enjoyed solid returns uncorrelated with stocks and bonds while accepting risks that the fund that may be on the hook when disaster strikes.

“I won’t tell you it wasn’t unsettling,” said Barnes, a Phoenix-based financial adviser.

The $4.5 billion Stone Ridge offering is one of a small number of U.S. mutual funds that invest in reinsurance products like catastrophe bonds. They provide regular payments to investors but lose money if damage costs are too high. The Stone Ridge fund also bets on quota shares, essentially small slices of a reinsurance company’s book of business.

The Stone Ridge fund gained 6.4 percent last year, 7.9 percent in 2015 and 11 percent in 2014, according to data compiled by Bloomberg. But this year, as Irma’s winds raise the specter of unprecedented damage, the fund has sunk 7.9 percent as of Thursday.

Stone Ridge Asset Management marked it down Tuesday based on models of possible losses from the hurricane, said Frani Feit, managing director of Tradition Capital Management, whose clients have invested in the fund for the past three years.

“We realize there will be events that may negatively impact accounts,” Feit said.

New York-based Stone Ridge was founded by Ross Stevens, who previously was with Magnetar Capital, a hedge fund. The Stone Ridge fund, which is aimed at advisers, requires a minimum investment of $15 million. Investors can only withdraw money at certain intervals, typically quarterly. Stone Ridge did not respond to messages seeking comment.

The $391 million Pioneer ILS Interval Fund, which also invests in reinsurance products, gained 9.1 percent last year and 9.9 percent in 2015. It is up 3.4 percent in 2017 as of Thursday and was not marked down this week. Geoffrey Smith, a spokesman for the company, declined to comment.

Barnes said there could be opportunities for investors if Irma causes significant damage. When reinsurers suffer losses, he said, they typically raise prices, which translates into higher premiums for customers and better returns for investors.