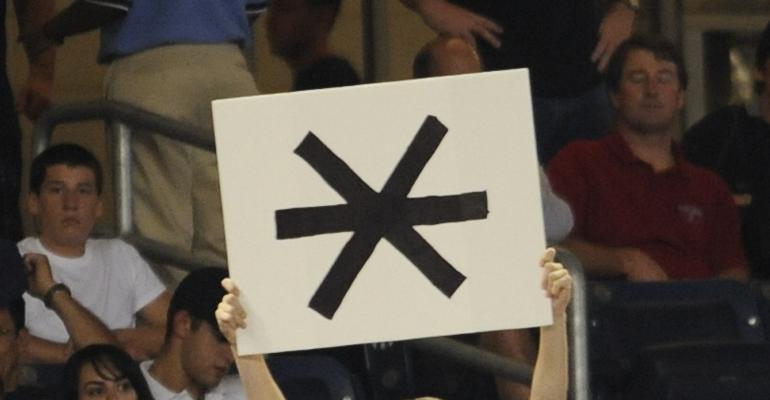 Despite the better performance, money is still steadily going into passive funds and out of active funds.

(Bloomberg Gadfly) --Just when nearly everyone had counted out active managers, they are punching above the market again, but be wary of performance enhancers.

U.S. large-cap, actively managed equity mutual funds are on their hottest streak in years. July was the fifth consecutive month that more than half of the funds outperformed passive index funds. That was the longest streak of market-beating performance since at least 2009, according to a report this week from Bank of America Merrill Lynch. What's more, large-cap U.S. equity funds have outperformed the indexes in nine of the past 12 months. This, of course, goes against everything that is preached about how individuals, and even large pension funds, should invest their money, and also increasingly how people actually do it. Since 2009, about $2 trillion has flowed into lower-cost and generally better-performing passive funds. At the same time, about $500 billion has flowed out of actively managed funds. Of U.S. domiciled funds, 37 percent are now passively managed, nearly double the figure in 2009.

The question, of course, is when does all this passive investing become a liability to index-fund investors. Until recently, it clearly hasn't. The big index funds and ETFs follow established indexes, like the S&P 500. As more money flows into passive funds, more money becomes concentrated in the same shares, leaving stock managers looking for hidden gems in the leftovers. That can't go on forever. And people have talked about an index bubble for a while, with the thought that those picking the unloved stocks will be rewarded eventually. So have we hit the breaking point, when money will flow back to the actively managed funds? It's clear the vast majority of investors don't think so. Despite the better performance, money is still steadily going into passive funds and out of active funds. In July alone, investors poured nearly $300 million into passive funds and pulled almost $100 million out of active ones.

What's more, there is no evidence to suggest that 37 percent is the ceiling of how high passive can go before the market breaks. Other countries' stock markets are much more passively managed than the one in the U.S. In Japan, for example, more than 60 percent of domestic Japanese fund assets are now in passive funds.

The biggest problem is the driving force behind the better returns for large-cap active U.S. stock funds. Bank of America says that active funds have been loading up on both higher multiple tech stocks and companies that tend to have volatile earnings. It estimates that the average active fund has 1.6 times more allocated to stocks that receive a quality rating of C or D from S&P Global Ratings than the average index fund.

Loading up on risk may be a way to boost short-term performance, and perhaps stem some outflows, but it's not really a recipe for long-term success, even if performance improves. What sent investors to passive funds in the first place was the massive blowup many active funds had in 2008. Another misstep like that and active mutual funds will be further left for dead.