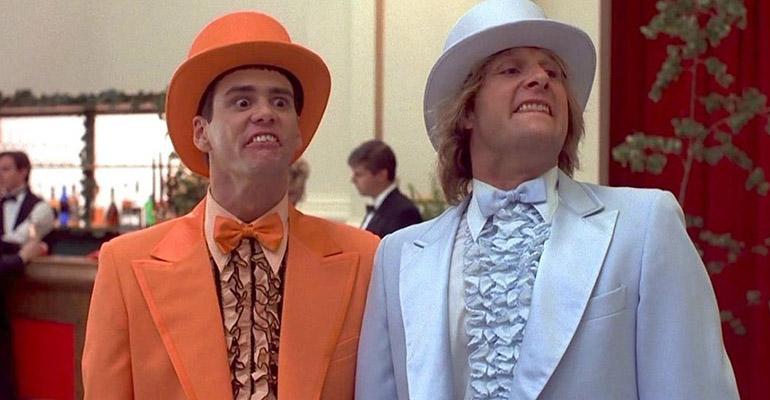 The 'Dumb Money' Is About to Become Very Influential

Household holdings of equities and mutual funds account for over 60 percent of total liquid assets, or about $7 trillion above the historic average.

Households are often viewed derisively on Wall Street as the "dumb money," buying at the top and selling at the low. Nevertheless, they can have a big impact on markets, and we could be at the cusp of one of those times.

Consider that household liquidity is the strongest it’s been in almost two decades, with the market value of liquid assets -- which includes cash, time deposits, credit market instruments, corporate equities and mutual funds but not pensions and insurance reserves -- at 2.9 times liabilities. That’s the second highest ratio of the last 40 years, topped only by 2000's reading of 3 times, according to the Federal Reserve's quarterly Flow of Funds report.

As was the case in 2000, almost all of the recent gains are due to a booming stock market. The value of household direct holdings of corporate equities and mutual funds increased by more than $6 trillion last year to a record of almost $28 trillion.

Flush with liquidity, the question now is what will households do? Will they reduce their exposure to the high-flying stock market and move toward “safer” financial assets? Or will they rebalance by redirecting some of their liquid financial assets into real assets? What are the risks if they do nothing?

The prudent decision would be to rebalance. Household holdings of equities and mutual funds account for over 60 percent of total liquid assets, according to Fed data. That’s far above its historic average of about 45 percent -- a difference of about $7 trillion. Only in 2000, during the tech bubble, did equities and mutual funds account for a higher share of liquid assets.

Another reason to rebalance is that the ratio of liquid financial assets to real assets such as real estate also stands at its second-highest level in the past 40 years. That doesn't mean real estate is cheap, only that households are overexposed to financial assets. The last time this ratio was this high was also in 2000. What followed was both a market-driven portfolio rebalancing as equity prices tanked and also a deliberate rebalancing as falling interest rates made housing a more attractive investment.

That deliberate shift in portfolios might not happen this time because the tax reform legislation passed by Congress in December reduces the incentive to rebalance toward real estate, especially in the high property tax states. Homeowners now face limits on the amount of property taxes that can be deducted at the federal level. Plus, the dollar amount of tax-deductible mortgage interest has been reduced.

As such, households face a dilemma. Risk-based financial assets are expensive, “safer” assets such as short-term Treasuries don't offer attractive yield, and real estate doesn't offer the tax benefits it once did.

But for this to be as good as it gets for households, something has to change unexpectedly. That something might be monetary policy. The past several years have been ideal for investors as central bankers telegraphed the scale, type and timing of asset purchases and gave them a game plan a year in advance of how many times they expected to raise official interest rates. That’s better than having the plays of your opponent before every down in a football game.

Yet, can central bankers offer the same clarity and promises in 2018 with an economy growing above potential, labor in short supply, oil prices on the rise, the federal government going deeper into debt to finance the lost revenue from the recently enacted tax cuts and the dollar on the decline?

Doing nothing to current positioning leaves households vulnerable to a monetary policy surprise and abrupt correction in asset prices. But that's exactly what they seem to be doing. According to Bank of America Merrill Lynch, a record $58 billion has flowed into equity mutual funds and ETF’s the past 4 weeks.

Indeed, households have invested heavily in ETFs, which now have an estimated $5 trillion in assets. That represents more than 10 percent of total funds invested in the equity market and more than 40 percent of new flows. It’s not hard to see how a broad selloff could send the household crowd out the door at the same time, adding to what will likely be an especially painful time in markets.

To contact the author of this story: Joseph G. Carson at [email protected]