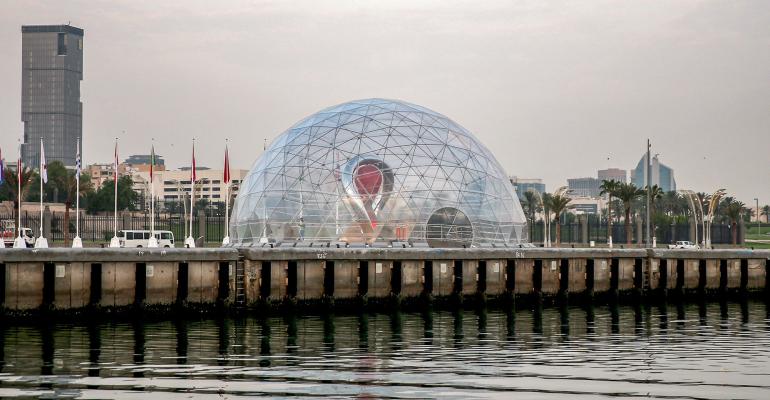 Residents in popular neighborhoods say they’re being forced to agree to rent hikes of as much as 40 percent and contract periods stretching two years.

(Bloomberg)—World Cup host Qatar has tried everything from cruise ships, desert camps and regional shuttle flights to ensure a limited supply of accommodation can meet an expected 1.2 million visitors during the month-long tournament. Local landlords have a simpler plan -- raise the rent.

Residents in popular neighborhoods say they’re being forced to agree to rent hikes of as much as 40% and contract periods stretching two years. Faced with rents they can no longer afford, some residents say they’ve been forced to move even after years of tenancy.

Many hotels have been forced to get long-term occupants to vacate and make room for teams and officials, leaving residents with few options in a country that has an 88% expatriate population and low rates of home ownership.

That’s helped engineer a turnaround in the property market after more than seven years of slumping demand, when entire buildings sat vacant as new residential, commercial and hospitality supply poured into the market.

First-quarter rents rose 3.3%, helped by the recent surge in demand, according to data compiled by ValuStrat, while average prices on the Pearl -- an artificial island neighborhood popular with white-collar expats -- surged 19%. Housing was the second-biggest contributor to a June inflation rate of 5.4% in Qatar, where costs are climbing faster than any other Gulf Arab state.

FIFA alone has reserved thousands of rooms in hotels and their attached residences for players, staffers and other officials. Local organizers have also struck deals with property owners to earmark about 60,000 apartments for fans.

Landlords are eager to benefit. An Airbnb search shows most one-bedroom apartments in the Pearl advertised at more than $1,000 a night during the tournament. These apartments currently rent for an average of 9,500 riyals ($2,580) per month, according to ValuStrat, up from 8,000 riyals in the fourth quarter.

A Qatari government official said the country’s real estate rental market “caters to a range of preferences and budgets” and that with “increased demand for accommodation during the World Cup, landlords and tenants are required by law to observe the terms and conditions of their lease agreement.”

“This is, to my mind, a relatively temporary blip caused by the World Cup and its related effects,” Commercial Bank of Qatar Chief Executive Officer Joseph Abraham said in a Bloomberg TV interview last month. After the World Cup, “you’ll see that pressure come off rentals -- as there will be increased supply too -- so that component of the inflationary index will come down,” he said.

Even with the recent surge, the Qatar Central Bank’s index of real estate prices is 30% lower than it was in 2015. And beyond the World Cup, the future of Qatar’s economy outside oil and gas is uncertain.

The government expects the population of low-income laborers to decline after the major World Cup projects have been completed, but it’s not clear how many white-collar residents will also leave.

A massive LNG expansion project could draw new talent, but QatarEnergy CEO Saad Sherida Al Kaabi estimated that the number of new people needed to support the project was likely to number in the tens, not hundreds, of thousands.