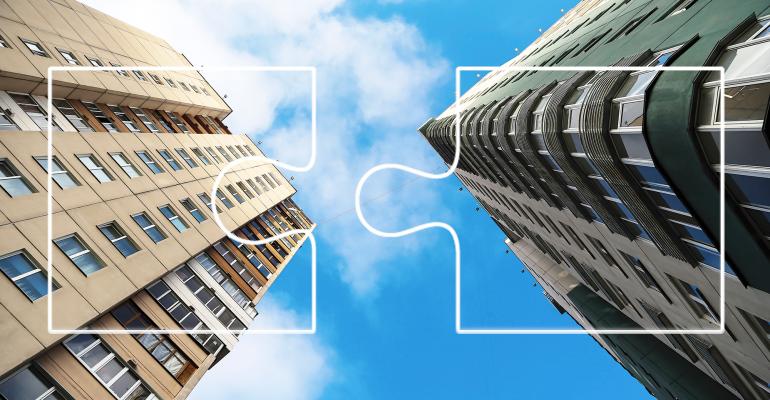 What IRT’s Proposed Merger with Steadfast Hopes to Accomplish

By taking on the non-traded REIT’s portfolio, IRT is hoping to capitalize on value-add redevelopment opportunities.

Both companies own portfolios of older, largely-class-B and B+ apartment properties. For several years, IRT has focused on value-added redevelopments, according to CEO Scott Schaeffer, and if the proposed deal with Steadfast closes, IRT will boast a pipeline of approximately 20,000 units available for future redevelopment.

“Our value-added programs have generated an unlevered weighted average return on investment in excess of 17 percent since the program began,” Schaeffer says. “We believe we can continue to achieve these returns across the combined companies value-add pipeline.”

The merger is expected to close in the fourth quarter. After that the combined company will operate as IRT, with a combined portfolio of 131 apartment properties with more than 38,000 units with an enterprise value of about $7 billion, according to IRT. That works out to about $184,000 per unit. The combined company will operate under the Independence Realty Trust name and continue to trade on the New York Stock Exchange.

Related: REIT M&A Activity Has Kicked Back into High Gear

"IRT is a capable operator with a solid total return track record, and greater economies of scale for the pro-forma portfolio will likely engender an improved cost of capital for the company over time," according to Green Street.

The portfolio of apartments that Steadfast had assembled is likely to merge easily with IRT’s existing portfolio of class-B apartments, largely spread through the Southeast. “They are very similar, high-quality portfolios complimentary portfolios,” says Schaeffer.

The new merger between IRT and Steadfast is projected to create further synergies that reach $28 million a year. Those kinds of synergy savings often prove to be achievable in mergers of apartment companies compared to mergers of other kinds of real estate companies. "Synergy math often pencils more easily," according to Green Street.

Apartments are a "scalable business," in which large portfolios absorb fixed costs with relative ease, such as centralized revenue management systems, executive salaries and back-office functions.

The merger math becomes easier for portfolios with considerable geographic overlap like IRT and STAR,” according to Green Street.

The merger will also expose Steadfast's properties to a greater range of potential investors. "The listed REIT market is usually a superior vehicle for investors to access real estate," says Green Street. In contrast, non-traded REIT structures "can bring heavy fees and conflicts of interest along with them."