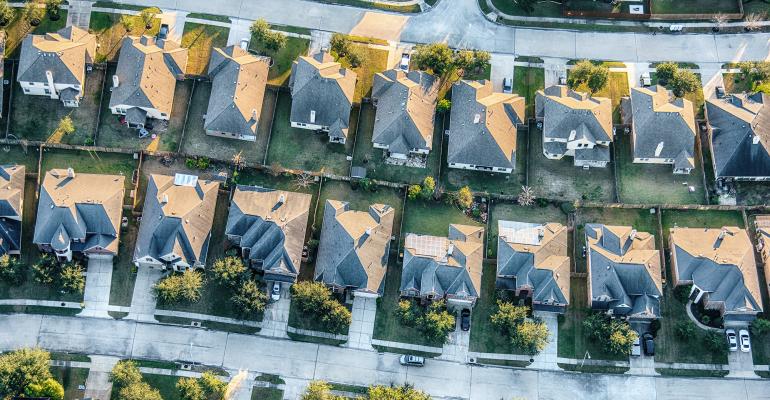 Rent-to-own startup Pathway Homes plans to spend an initial $750 million acquiring houses on behalf of its customers, who will lease the properties with the option to purchase them.

(Bloomberg)—A group of investors that built a single-family rental company inside Blackstone Inc. during the U.S. foreclosure crisis is back with a new venture -- one they say can help young families buy homes at a time when rising prices are pushing ownership increasingly out of reach.

Rent-to-own startup Pathway Homes plans to spend an initial $750 million acquiring houses on behalf of its customers, who will lease the properties with the option to purchase them. The company is backed by venture capital firm Fifth Wall, U.K.-based Regis Group and Invitation Homes Inc., the single-family landlord that Blackstone took public in 2017.

Texas-based Invitation Homes, the largest single-family landlord in the U.S. with more than 80,000 properties, is investing $225 million in Pathway’s first fund. The startup is in advanced talks with additional investors and could add an additional $1.5 billion in buying power, a representative said.

The push into rent-to-own housing comes as soaring purchase  prices and rents have stretched household budgets, while also drawing the attention of Silicon Valley and Wall Street. One popular play has been to acquire suburban homes and rent them to families who can’t afford to buy. Rent-to-own programs, like the ones Pathway offers, are emerging as another way for companies to cater to young households.

“It felt like a really natural way to get involved in a segment that’s going to continue to grow,” said Invitation Homes Chief Executive Officer Dallas Tanner. “We think there’s a huge number of folks will want to look at it.”

Regis, whose chairman, Nick Gould, was the first CEO of Invitation Homes, has experience with the rent-to-own model. In the U.K., the firm founded a company called Sage Housing that allows customers to buy a share of a house and pay rent on the remaining portion until they're ready to buy the whole home. Blackstone acquired a majority stake in Sage in 2017.

Pathway, which has started operating in Atlanta and Phoenix, launched with a different model. It buys a house on behalf of its customer, who rents it with the option to purchase the home at a predetermined price. It also offers customers help saving for a down payment and plans to launch a partial-ownership program later this year.

Rent-to-own, which isn’t a new concept in the U.S. housing market, has a mixed reputation. Critics say that operators have tacked on added costs while failing to convert renters into owners, charging low-income households a premium for a chance at home-ownership without actually delivering on the opportunity.

In recent years, a new batch of rent-to-own companies has argued that they can make money on the model without taking advantage of customers. The largest, Home Partners of America, was acquired by Blackstone for $6 billion last year.

Divvy Homes, valued at $2 billion in a recent fundraising round, leads a group of venture-backed companies using variations on the model.

There’s strong demand from consumers for different ways to buy homes, said Devin Peterson, a partner at Regis. Pathway is aimed at buyers who are struggling to purchase properties, and it could eventually access capital designated for social-impact companies, he added. The startup grew out of an effort, which Regis calls ResiLabs, to create housing solutions for the U.S.

“The average first-time buyer feels like they’re at huge disadvantage,” he said. “We’re creating a package that gets people on the journey to homeownership. We want to make it as broadly accessible as possible.”

To contact the author of this story: Patrick Clark in New York at [email protected]