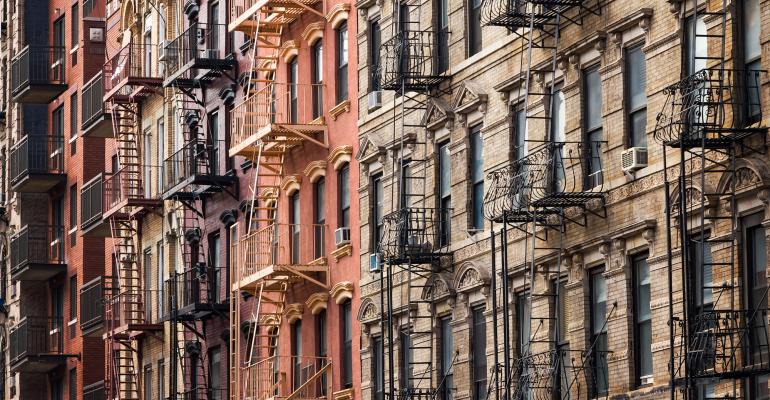 The Rental Stabilization Association of NYC and five small landlords are seeking a preliminary injunction to suspend the law.

(Bloomberg)—New York landlords sued to block a law extending the state’s moratorium on evictions and foreclosures, warning of “devastating consequences” to small property owners if it’s allowed to go forward.

The law, which aims to support New Yorkers who have suffered financial losses due to the Covid-19 pandemic, extended the moratorium through Jan. 15, 2022. It also increased the amount of hardship funds available to tenants and landlords to $250 million from $100 million and created a $25 million fund for legal services for renters facing evictions.

“These plaintiffs and other New York small property owners are once again facing devastating consequences that compound with each passing day and can never be remedied later,” the landlord group said in a court filing Friday. The individual plaintiffs claim personal hardship from the inability to evict tenants who won’t pay. One, military veteran Brandie LaCasse, claimed that she and her young daughter are forced to live out of their car, unable to evict non-paying tenants from her property in Rhinebeck, New York.

The New York legislation was intended to address a U.S. Supreme Court ruling in August striking down a federal program that would have provided protection to people who couldn’t pay their rent.

The landlords claim the extension conflicts with the Supreme Court ruling.