/sites/all/themes/penton_subtheme_wealthmanagement/images/logos/footer.png
Recent
Recent
California Home Prices Shoot Past $800,000 for the First Time
May 17, 2021
Hedge Fund Millennium to Try Three Office Days a Week This Fall
May 17, 2021
Why Settle for 'Good Enough' When Great is Possible?
May 17, 2021
WMRE's Common Area: What's Trending in Net Lease Investment
May 17, 2021
Featured
Poll: 15 Classic Books on Investing and the Markets
Apr 03, 2020
Fifteen Must-Listen Business Podcasts for Advisors
Aug 14, 2020
25 U.S. Markets Adding the Most Multifamily Units This Year
Feb 03, 2021
The Top Colleges for Financial Planning
Oct 03, 2019
Coronavirus
brought to you by 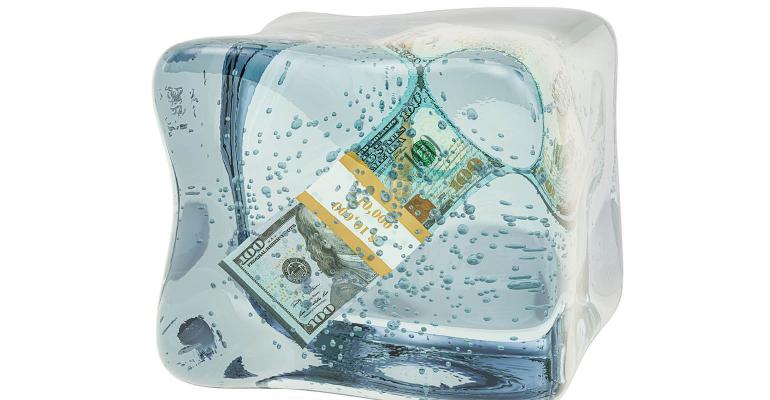 The question for developers now is how many of those units will actually come online and how quickly new units will be filled.

The economic shutdown precipitated by the comprehensive social distancing measures underway across the United States came at a time when the multifamily construction pipeline was chock full of new projects scheduled to open throughout the year.

The sector’s pace in recent years has been to add about 300,000 new units annually. This year was no exception, with about 300,000 units planned, although 180,000 of those units had been set to arrive in the second half of 2020, according to Marcus & Millichap.

The question for developers now is how many of those units will actually come online and how quickly new units will be filled in the weeks and months ahead. Overall, experts expect the pace of lease signings to slow, although not to evaporate entirely, in part because even with the economic hit there remains a need for new apartments in many markets throughout the country.

“It’s going to be a problem—but not a huge problem,” says John Sebree, senior vice president and national director of Marcus & Millichap’s National Multi Housing Group. “The fundamentals are strong enough that we will weather this.”

Developers and property managers say new apartment properties that had already begun leasing before the crisis continue to attract tenants, though more slowly than a few weeks ago. That process has been abetted by the use of virtual showings where prospective tenants can view units via Facetime or other video technology. Tenants have shown a willingness to sign deals for apartments without ever sitting foot in them.

“Vacancies have risen this quarter, particularly in unstabilized properties to 29.0 percent in first quarter of 2020, up from 25.7 percent in in the fourth quarter of 2019, according to CoStar. “That’s one of the largest jumps this cycle, though that is undoubtedly in part due to the large number of units delivered,” says Andrew Rybczynski, managing consultant at CoStar Portfolio Strategy.

In the first week of April, just over 600 properties with 224,000 units were in lease-up limbo, with at least some product delivered and ready for initial leasing, says Greg Willett, chief economist for RealPage.

The number of new resident leases (versus renewal leases) is down about 40 percent year-over-year. Website traffic shows the challenge is most extreme in luxury product in urban core settings, especially high-rise buildings. “No one wants to move in when that involves riding an elevator up and down over and over in a densely-packed apartment tower,” says Willett.

These new properties are likely to take longer than anticipated to lease. “It is going to take a while for a lot of these new construction properties to lease up,” says Sebree. The expense of operating these properties is still high. “Even if a property is only 80 percent leased, you still have to have staff on site.”

For example, landlords in Hong Kong have reportedly cut their asking prices by as much as 20 percent since mid-March in a high-end area of West Kowloon. Meanwhile, in Manhattan, new agreements fell 38 percent in March from a year earlier, the second-biggest decline in 11 years of record-keeping by appraiser Miller Samuel Inc. and brokerage Douglas Elliman Real Estate, reported Bloomberg.

However, owners of some of these new properties can afford to take their time. They will probably be able to repay their construction lenders eventually, even if income from rents is lower than they had expected. “The commercial bank lending community has been well disciplined throughout this current cycle, with most bank loans at 65 percent of loan-to-cost,” says says Bill Leffler, vice president in CBRE’s Multihousing Group, based in Atlanta. “I personally do not believe there will be a lot of defaults on current bank construction loans.”

Meanwhile apartment projects deeper in the development pipeline are being delayed, removing some competition for potential tenants. According to an online survey conducted by the Associated General Contractors of America at the end of March, 39 percent of contractors reported that project owners had halted or canceled current construction projects. Although the survey noted that 18 percent had been ordered to halt work by government officials, the balance had halted projects due to deteriorating economic conditions.

According to a survey on multifamily construction conducted by the National Multifamily Housing Council (NMHC), more than half (55 percent) of respondents said that they are currently experiencing construction delays in the jurisdictions where they operate. Among that 55 percent, 76 percent are dealing with delays in permitting and 59 percent in starts.

The NMHC construction survey also found that 73 percent of construction firm respondents indicated that they have implemented new strategies to deal with the hurdles forming in the virus’s wake such as sourcing materials from alternative locations (43 percent), staggering shifts to reduce on-site exposure (52 percent) and using technology to replace in-person transactions like inspections and approvals (67 percent).

“Properties still on the drawing board, even if they have received approvals and are ready to go, probably will be tabled for the moment,” says Willett. “Look for them to be the first wave of completions in the next economic up-cycle.”

Aside from the economic slowdown, another hurdle that’s been created by the current climate is that the process of getting projects approved has been made more difficult by the wide need for people to work from their homes, including local government officials involved with approving projects.

“Even in places where construction activity isn’t prohibited, many sites are near shutdown,” Willet says. Workers and materials are simply not available in most parts of the country. “More significantly, municipal employees who would process paperwork and do site inspections are sheltering at home in most places.”

Some developers have been able move their plans forward—even if they can’t meet in person with city officials and consultants. “City officials… are very engaging via email and phone calls due to less office distractions, which has improved our collective efforts,” says says Gidi Cohen, founder and CEO of CGI Strategies, an apartment developer and investor based in Los Angeles.

Many banks were even still willing to provide construction financing, until the federal stimulus passed near the end of March, swamping banks with requests for Small Business Administration loans. “Loan officers there have suddenly found themselves having to respond to and process hundreds of thousands of loan applications for small businesses and individuals,” says CBRE's Leffler “They cannot focus as well on new apartment construction loan requests.”

It’s not clear how quickly the U.S. economy will bounce back from the crisis once the valve is loosened on social distancing, but some developers are already eagerly looking to buy land to build new apartments, hoping for lower prices and less competition when activity does return.

"This is an opportunity for us to expand into new markets," says Cohen. “Our outlook of future development is bright and we are expanding with new acquisitions and new clients to consult for as well.”