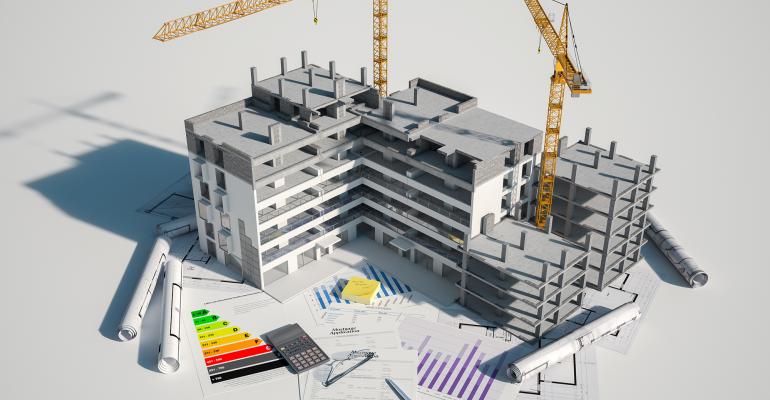 Apartment builders are being aggressive, though supply chain disruptions are still a factor in keeping projects on schedule.

Developers are rushing to start construction on new apartments—and so far, the demand for new apartments seems likely to stay high enough to fill them.

Occupancy rates remain strong and rents are rising quickly for rental apartments. The biggest questions for developers are not whether enough renters will want to live in their proposed buildings. Instead many worry about whether construction delays will hurt their schedules or if rising costs will blow their budgets.

Many apartment developments that start construction today are likely to be leasing units within a year or two. Those apartments should continue to benefit from strong demand from renters.

Related: How the Infrastructure Bill Could Boost Apartment Development

Renters signed enough new leases to absorb 200,000 vacant apartments in 2021. That’s a “solid year,” relative to the years before the pandemic, according to LaSalvia.

Developers opened more than 386,000 apartment units were completed in 2021, according to estimates from Dodge Data & Analytics Supply Track. That was slightly below the 405,000 units delivered in 2020.

“Supply chain issues and some uncertainty from early in the pandemic had the effect of delaying and slowing new product coming to market [last] year,” says LaSalvia.

This year, Dodge Data & Analytics Supply Track, estimates more than 600,000 units will be delivered, although it’s possible further disruptions could delay some units.

For example, asking rents rose 11 percent for apartments at luxury, four-star and five-star properties across the U.S. in 2021, according to CoStar. (Most new apartment developments are designed to earn high rents, to pay the high cost of land and construction, unless they receive government subsidies.)

Rents at these asset classes are expected to continue to rise another 7.0 percent in 2022, according to CoStar as the number of potential renters eager seeking housing is likely to keep increasing.

“International migration was minimal over the last year or so—we anticipate this will change in the short term, as long as the virus subsides,” says LaSalvia.

Developers will also open a greater number of new apartments in 2022. Many will finally open projects that had been delayed in 2021. “2022 is on track to be the biggest year since the mid-1980s for new supply,” says Parsons.

As property managers push rents higher, they are not likely to lose potential residents.

“Developers have found that renter incomes are growing just as fast or even faster,” says Parsons. “So, they’re able to pass along increased costs into the base rent, and that hasn’t impacted demand for lease-ups.”

At a typical class-A+ luxury property—such as at a new urban high-rise development—the cost tends to be in the low 20-percent-range of the income of a typical renter. “There’s not a major affordability barrier. The bigger risk is for renters to find better deals at slightly older and cheaper class-A properties, but right now, there’s so little vacancy that it’s not a factor,” says Parsons

The biggest challenges for developers are the rising costs of construction and the delays that add even more extra costs.

“The big question is around costs and timelines,” says Parsons. “Everything is more expensive and everything is taking longer to get—from materials to labor to appliances. That’s making it more difficult for developments to build budgets and timelines.”

Apartment developers are also highly enthusiastic to build in prime suburban areas—but those site are hard to find and increasingly expensive.

“As suburban land prices skyrocket, suburban site options narrow,” says Parson. “The most desirable suburbs severely limit where you can build apartments due to restrictive zoning and NIMBYism.

That’s bringing many developers back to urban areas, where rents are rising once again for apartments, even though the coronavirus pandemic continues and relatively few workers have returned to the office.

“As the price premium for urban narrows, some developers are finding better opportunities in more urban locations,” says Parson. “There’s far more significant barriers to entry in high-demand suburbs than in most cities. That’s been true for a long time, but it’s gotten even more significant since COVID as suburban land prices have shot up.”