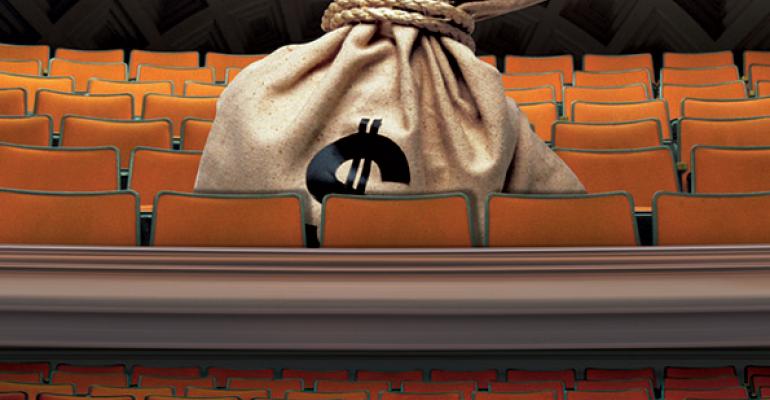 Multifamily Borrowers Have a Wide Field of Options for Mezzanine Debt

Multifamily investors have lots of options to choose from if they want to take out a mezzanine loan in addition to the primary mortgage on their property.

The competition between these lenders is keeping interest rates relatively low for mezzanine loans, even though short-term interest rates overall are rising. Lenders are also offering creative terms and the highest amount of leverage that banking regulations will allow.

“I worry about the stupid money coming in,” says Mitchell Kiffe, co-head of national production for the debt and structured finance group in the McLean, Va. office of CBRE Capital Markets. “The discipline is still pretty good, but there is still room for ruinous competition to lead to bad underwriting.”

Multifamily investors are able to find a lot of lenders willing to make mezzanine and bridge loans.That includes some fund managers that earlier in the cycle were more likely to invest equity in apartment development projects.

“Given that we are late in the cycle, certain investors that have been in the common equity space now offer mezzanine financing,” says Kiffe. “The best risk-adjusted return is doing preferred equity or mezzanine financing rather than buying properties or partnering as plain equity.”

New capital requirements view commercial real estate loans as more risky if the sponsor does not contribute their own equity to the project equal to 15 percent of the cost of the project. To take matters more difficult, High Volatility Commercial Real Estate (HVCRE) regulations only value the land contributed to a development at the price that the sponsor paid for it, even if the land has since increased in value. The U.S. House of Representatives passed a revision to this rule in December that would allow underwriters to recognize the current value of development sites, but the Senate has not yet taken up the legislation.

Mezzanine loans often push to the limit of what these regulations allow. “It’s very common for the leverage to go up to 85 percent for multifamily, even for development,” says Hirt. The majority of construction loans on apartment projects now include some mezzanine financing. The amount the property owners can borrow is also limited by how the mortgage payments would compare to the income earned by the property. Lenders generally demand a debt service coverage ratio of at least 1.20x.

The competition between mezzanine lenders is driving down interest rates, which increases the amount of mezzanine debt that a property can support. Lenders offer interest rates that are as low as between 750 and 1,000 basis points over LIBOR for mezzanine loans on new development.

Some mezzanine lenders also offer other favorable terms, including loans in which the borrower pays little or nothing during the construction period. Instead, the interest on the loan accrues, adding to the balance of the mezzanine loan,which is eventually paid off by the permanent financing. “We’ve seen structures that are 100 percent accrued,” says Hirt.

“A lot is predicated on what banks will tolerate,” says Baxter Fain, managing director in the Denver office of real estate services firm JLL. Many smaller banks may not allow sponsors to take out mezzanine loans. Sponsors can take on “preferred equity” finance if they need to raise more capital.

As a result, borrowers should take care when they work with mezzanine lenders that are new to the apartment sector. Property owners should be sure that the language in the operating agreements for their loans requires mezzanine lenders to provide appropriate notice to sponsors when the loan is in default and give the borrowers appropriate time to cure the default. Sponsors should be especially careful about language that allows a lender to count a loan to be in default even if the borrower makes all their payments. “Avoid technical default language,” says Fain.