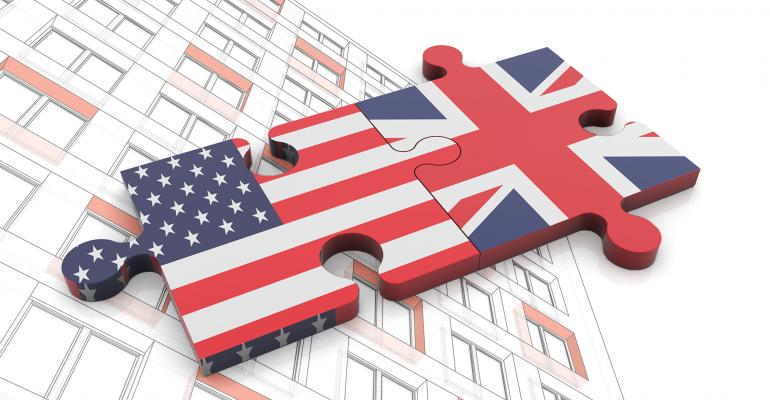 London-based Henley Investments outlines what drove its decision to sell some of its assets and how it plans to deploy capital going forward.

Henley Investments, a London-based private equity real estate firm, sold five apartment properties in the first half of 2021 for a combined $225 million. The exit from those properties, which included three buildings in La Vegas, one in North Carolina and one in California, came years ahead of schedule and at higher prices then the firm had projected when originally acquiring the assets.

The sales add to Henley’s track record of success in the apartment business in the U.S. Henley opened its offices in the U.S. five years ago, according to Garrett Solomon, chief investment officer and managing director of North America for Henley, working in the firm’s offices in Boston.

Related: 20 Markets Where Apartment Rents Will Likely Grow the Most in 2021

Solomon sat down with WMRE to discuss the recent spurt of activity and what the firm’s strategy in the U.S. will be going forward.

WMRE: How did these properties fit into Henley’s plans in the U.S.?

Garrett Solomon: In the U.S., we launched our business continuing the model utilized in the U.K. whereby we raise equity capital for deals on a deal-by-deal basis. These acquisitions were part of the transactions we completed in 2018 and 2019 as we sought to establish our presence in the US. In essence we created individual funds for each transaction with a combination of institutional, family office and high net worth investors. We will sometimes even close transactions on our balance sheet and sell down the equity post closing.

As our business continues to mature we aspire to have our own discretionary capital. As we looked to build our reputation and our track record in the U.S., we made the decision that this was the most efficient way to initially raise capital.

WMRE: How do these sales add to your track record?

Garrett Solomon: Most importantly, these sales all generated excellent returns for our investors. Typically we underwrite a four- or five-year hold period, depending on how much value-added work is included in the business plan. These assets were each acquired in 2018 and 2019, so we’ve been fortunate to be able to sell much earlier than our initial underwriting anticipated. Ultimately the market matured more quickly than we anticipated.

As one example, North Carolina has been a significant beneficiary of in migration especially from New York and other high cost of living areas in the northeast as they look for a lower cost of living and a higher quality of life.

The California property is similar, from the perspective of Riverside County and San Bernadino specifically being one of the most affordable places to live in Southern California. People are getting priced out of the more coastal markets of Orange County, L.A. County, and San Diego Counties and view the Inland Empire as an affordable alternative. The Inland Empire also benefits from being a logistics hub, which may have insulated the market from some of the job losses experienced during COVID.

WMRE: Did anything about the coronavirus pandemic speed up your plans? Perhaps people who suddenly had the freedom to work from home also had the freedom to live somewhere cheaper, whether it was Las Vegas, San Bernadino or the Carolinas?

Garrett Solomon: That year of people having that flexibility did contribute to that opportunity. Aside from having the flexibility from a job perspective, there may also have been, in other instances, a necessity of doing it. It’s very possible that more affordable housing was necessitated as the result of one person in a dual income household having lost a job or taken a pay cut.  Being able to provide high quality but affordable housing addressed this market need.

WMRE: Had other yield-driven investors already begun to renovate these properties?

Garrett Solomon: Often we have found that longer term owners can be more focused on cash flow from a property rather than investing into capital expenditures to increase rents over time. Each of these properties presented similar opportunities to launch an interior and exterior value add program to renovate units and enhance the quality of the community amenities.

WMRE: How hard is it to find deals like that, which haven’t already been traded a couple times?

Garrett Solomon: Yes, it’s increasingly difficult and the market is becoming more competitive every day. We work quite hard to identify the right markets and opportunities within those markets.

WMRE: Are these properties off the beaten path?

Garrett Solomon: These properties were not off the beaten path. We were able to identify the opportunity before others did. Understanding markets, nuances of submarkets, building relationships, understanding needs of owners, it all takes time.

WMRE: How do you add value?

Garrett Solomon: Fundamentally we add value by making the property more attractive to renters through a combination of improving unit interiors and common areas and amenities.

Most of these projects were built in the 1970's, 80's and 90's. What was designed then in some instances isn’t as desirable today. Many of the renovations opened up living areas between kitchens and living rooms. This had the effect of making the units feel less dated with more light and more air, more similar to how new construction projects are designed today. At the property level, updating the property positioning (including project theme and naming), updating amenities like pool decks and furniture, changes to the clubhouse uses such as adding a coffee bar or updating the fitness facilities were all parts of the plan. In addition we addressed lingering deferred maintenance, in parking areas, installed security gates and addressed issues with aging roofs. Every project is slightly different, but generally we are adding to the curb appeal and the value for residents.

WMRE: Tearing out walls sounds expensive. How much do you spend per door?

Garrett Solomon: Generally these are light touch renovations where we have spent between $5,000 and $15,000 per door but generated significant ROI. We were often turning a unit in two weeks or less. Given that the properties had high occupancy at acquisition, renovations were happening as leases expired before the new units were re-rented. It is important to manage the cycle time down to a couple weeks or less. Every extra day the unit remained unrented resulted in lost potential revenue.

WMRE: When you call investors up to interest them in one of these single-property funds, what are the yield expectations?

Garrett Solomon: Generally with these types of value add properties, the investment thesis contemplates a low level of cash-on-cash yield, but most of the value increase is recognized at exit. Going into deals, we were generally buying somewhere in the high 4 percent to low 5 percent yields [capitalization rates] off of the prior owner's trailing 12 months (T12) NOI. These levels felt appropriate because if you adjusted the T12 for more institutional management, marking units to market rent levels, controlling expenses … whatever the opportunities were… we were really buying at six percent or better yields.

We have longstanding relationships with investors across the globe … from a small high-net-worth accredited investor in the U.S. to large institutional and sovereign wealth funds in the Middle East and everyone in between. We have been fortunate to be able to quickly arrange for the capital when we source a compelling opportunity.

WMRE: So you were underwriting that when you planned to sell it, the cap rate is going to stay the same. It is the income that you expected to move?

Garrett Solomon: We do underwrite some expansion in cap rates between the purchase and the sale, usually somewhere in the 100- to 150-basis-point range.  As it turned out, the market was actually quite a bit tighter than that.  Cap Rates continued to compress during our ownership period. We were able to exit at rates in the high fours, across the board. So we were the beneficiary of both the increase in income from the renovations (higher rents)and expense control as well as the compression in the cap rates.

WMRE: Which is one of the reasons that you were able to sell earlier than you expected?

Garrett Solomon: Yes. We were able to achieve close to (or in some cases were in excess of) our underwritten exit values. The shorter hold periods enhanced the IRRs and the investor multiples were quite robust given the short duration of the hold periods.