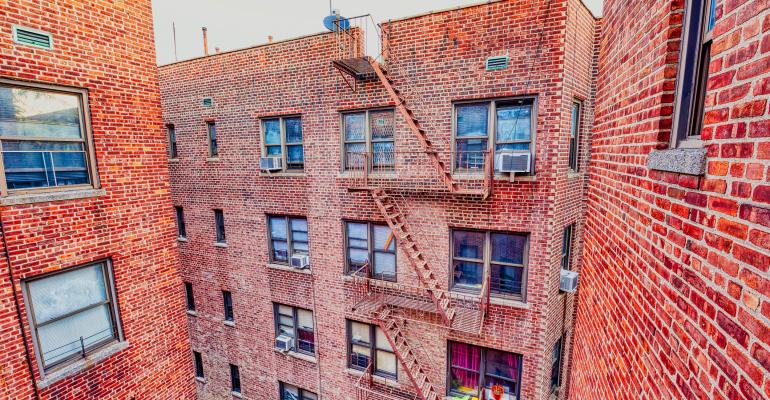 A Look at NYCHA’s Plans to Improve Public Housing

After a judge rejected a settlement of a lawsuit, New York City came up with a bolder proposal.

Change can’t come soon enough for thousands of people who had no heat in their homes on the freezing cold days of January 2019 at public housing properties across New York City.

Just the month prior, Mayor Bill de Blasio had announced a bold, multi-billion-dollar plan to repair the worst issues at the public housing buildings run by the New York City Housing Authority (NYCHA). The Mayor’s plan—“NYCHA 2.0” —aims to repair and recapitalize New York’s collapsing public housing with a web of public-private partnerships and billions in local, state, federal funds and money.

“With new leadership, new resources and new programs, we are going to deliver the change NYCHA residents deserve,” de Blasio said in a statement. But the plan will take at least a decade to complete, and even then NYCHA apartments will still have unmet capital needs totaling billions of dollars.

Problems at New York’s public housing apartments came to a head in federal lawsuit settled in June 2018. NYCHA failed to comply with lead paint safety regulations and also failed to provide “decent, safe, and sanitary” housing. Mold grows unchecked, elevators and heating systems fail, rats and vermin are common, according to the lawsuit.

The lawsuit also showed NYCHA workers going to absurd lengths to hide problems from federal inspectors. For a decade, NYCHA provided its staff with a list of “Quick Fix Tips.” The suggestions include replacing damaged or stained ceiling tiles with painted cardboard. Mailboxes with missing doors could be temporarily covered. Improperly stored, flammable aerosol cans “should be placed out of sight. On the day of inspection, remove all gasoline powers equipment to an outside area.”

Of course, it’s easier to buy and install a new ceiling panel than to make a fake one out of cardboard and paint.

But NYCHA had been systematically starved for cash. For decades, federal budgets written by Congress have given local housing authorities less cash than federal officials said would be enough to maintain the properties. In the last ten years, Congress cut that already insufficient amount of federal money in half, according to the New York Housing Conference. Public housing across the country now has $50 billion in unmet capital needs, such as roofs and heating systems that need to be replaced.

NYCHA settled the lawsuit in June and agreed to oversight by a federal monitor, but that settlement was later rejected by a federal judge. That laid the groundwork for the more ambitious plan that has since followed, with the city committing a total of $3.7 billion of its own funds to support NYCHA capital infrastructure and operations through 2027.

NYCHA creates a web of partnerships

New York City has more public housing apartments—180,000—than any other city in the U.S. It also has more problems—as evidenced the failed heating systems this winter. The city’s plan—if it works—will address nearly $24 billion in capital need over the next 10 years, or three-quarters of the NYCHA’s total $31.8 billion in overall capital need.

That will mean partnerships with affordable housing developers to renovate and fully recapitalize more than a third—62,000—of the 180,000 public housing apartments in New York City over ten years, through NYCHA’s Permanent Affordability Commitment Together (PACT) program. The housing authority has already begun the process with 1,395 public housing apartments at the Ocean Bay Apartments in the Far Rockaway neighborhood of Queens.

Before PACT, the buildings at Ocean Bay were underfunded federal public housing. After PACT, the properties have a long-term commitment from the federal government to provide Section 8 rental subsidies and can support a loan based on that income, bringing hundreds of millions of new capital to the property.

The transformation also frees NYCHA from the constant threat that Congress will underfund the public housing program. Funding for the Section 8 rental subsidies has been much more dependable. Many private owners and large, national banks are currently invested in the Section 8 program across the U.S.

But the NYCHA 2.0 plan will still leave more than 100,000 apartments with serious capital needs and still dependent on federal funding.

More partnerships with private developers will bring in billions of dollars to repair more public housing apartments. The housing authority has identified several acres on its public housing sites throughout the five boroughs where developers could potentially build 10,000 new affordable apartments. In exchange, the developer would contribute $2 billion to renovate nearby public housing. But the new buildings will also have permanent restrictions on the rents they can charge for apartments, set by New York’s Mandatory Inclusionary Housing program.

New York City has also committed to spend billions of its own funding alongside millions more from New York State to fix problems including 405 broken elevators by 2027 and 297 boilers by 2026, dangerous lead paint, pests and mold.