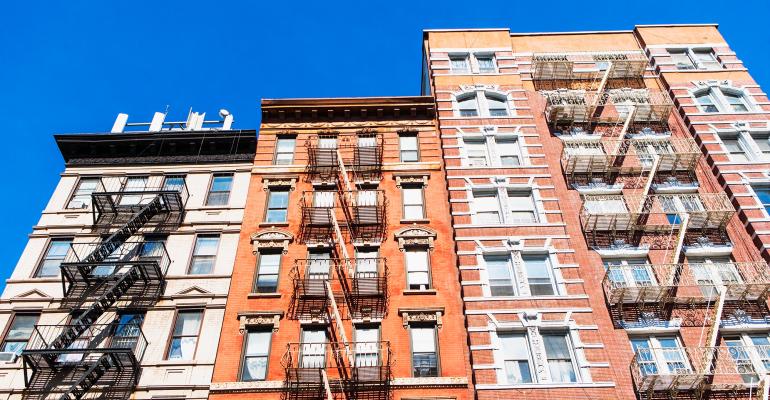 Investors Bet $53 Billion That U.S. Rents Will Push Even Higher

(Bloomberg)—There’s more money than ever betting that apartment rents are heading to new heights.

Investors spent $53 billion on multifamily real estate during in the three months ending in June, the most ever for the second quarter, according to data from Real Capital Analytics.

The spree extended a busy year for apartment investors that has included purchases by Blackstone Group Inc. and Starwood Capital Group. It was also fueled by real estate money moving to housing from offices, hotels and malls, which have fared poorly in the pandemic.

The influx of money has pushed prices higher and forced private equity firms to behave like the aggressive homebuyers in the frenzied housing market. Some investors are frustrated by current prices for apartment buildings. But many are raising their bids, waiving inspections and promising to close fast, with rising rents driving a flurry of deals.

“That’s what happens in a white-hot market,” said Matthew Lawton, executive managing director at JLL. “Some of them will sharpen the pencil on the next one and get a little more aggressive because they need to deploy that capital.

The surging interest in apartment buildings, generally viewed as safe assets that offer a hedge against inflation, is part of the fallout from the pandemic housing market. Soaring U.S. home prices, fueled by a shortage of inventory, have made it hard for many would-be buyers to find affordable properties, and that’s helping drive up rents.

It’s a drastic turn from the second quarter of 2020, when Covid-19 lockdowns sparked massive job losses. Landlords worried that laid-off tenants would miss payments, pushing investors to pause acquisitions and until they could purchase buildings at distressed prices.

But government stimulus helped keep the rent checks kept coming and the discounts never arrived. Data compiled by the National Multifamily Housing Council showed that about 77% of tenants made payments during the first week of July, down slightly from 80% in the same period of 2019.

Cheap debt, combined with strong demand for housing during the pandemic, is providing the rationale to buy apartments at rising prices. Meanwhile, investors who hoarded dry powder in hopes of gobbling up distressed property have mostly been disappointed.

One apartment owner that stayed active was Morgan Properties. The firm partnered with Olayan American to buy more than 3,200 apartments at the end of September for $323 million. Over the next five months, it added another roughly 17,000 units for $2.2 billion.

Those deals places Morgan alongside Blackstone as the most acquisitive apartment landlords in the 12 months ending in June, according to Real Capital Analytics. During that same period, prices for apartment buildings jumped 12%.

“Most of our competitors were asking, ‘What’s the Covid discount?’” said Jason Morgan, principal at Morgan Properties, which after a series of deals is now the second-largest U.S. apartment owner. “We saw an opportunity to continue to buy deals at attractive prices and at financing levels that were historically low.”

Rising prices for apartment buildings reflect landlords’ belief that they can raise rents after a year in which many owners limited increases in hopes of maximizing occupancy. Leases that included free months rent are expiring, increasing the amount of revenue apartments throw off.

This comes as there’s more apartment demand from renters than at any time since the late 1970s, before baby boomers began buying homes, according to RealPage Chief Economist Greg Willett. These days, a shortage of for-sale listings is frustrating millennial buyers, and helping push rents up by 8.3% over the last year.

The firm recently bought a $65 million apartment portfolio in Tampa, where it plans to make renovations and raise the rents. While competition is pushing property investors to increase offers and waive due diligence, the hot housing market justifies the risk, according to Kazi.