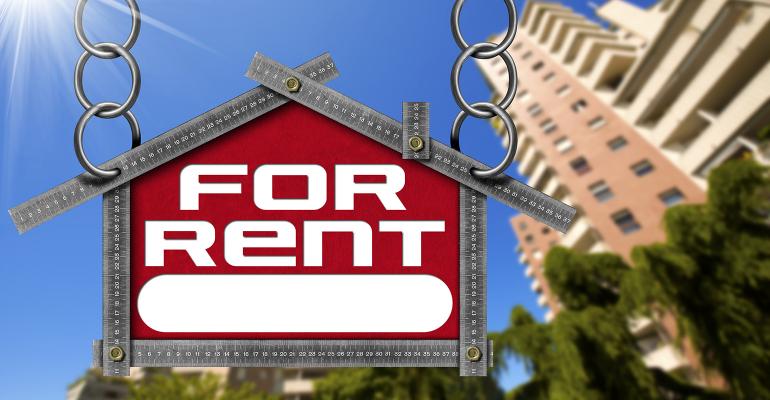 The declines in New York and Boston weighted on the national measure for rent of primary residence.

(Bloomberg)—The unexpected slowdown last month in a critical measure of U.S. inflation was partly driven by cooling housing rents in the once-hot markets of New York and Boston.

The greater New York area saw prices paid for rents of primary residence fall 0.1% from the prior month, according to details of the Labor Department’s inflation data released Wednesday. That matches the biggest decline in the New York-Newark-Jersey City area in five years. In the Boston region, rents declined 0.2% from the prior month.

The core consumer price index, which strips out the volatile effects of food and energy, rose 2.3% from a year earlier, according to Wednesday’s figures, missing analysts’ projection for the annual gain to hold at 2.4%.

The declines in New York and Boston weighed on the national measure for rent of primary residence, which rose 0.1% on a monthly basis, the least since April 2011. When combined with the owners’ equivalent rent measure, national rents account for around 40% of core CPI.

In Manhattan, a key barometer for the region’s housing market, rent gains are tapering off after surging earlier this year, as stretched tenants hit the upper thresholds of what they can reasonably afford.

The median price of rents in Manhattan climbed just 0.5% in September from a year earlier. That’s the smallest gain this year, after climbing 6.5% in July, according to appraiser Miller Samuel Inc. and brokerage Douglas Elliman Real Estate.

--With assistance from Oshrat Carmiel.

To contact the reporter on this story: Reade Pickert in Washington at [email protected].