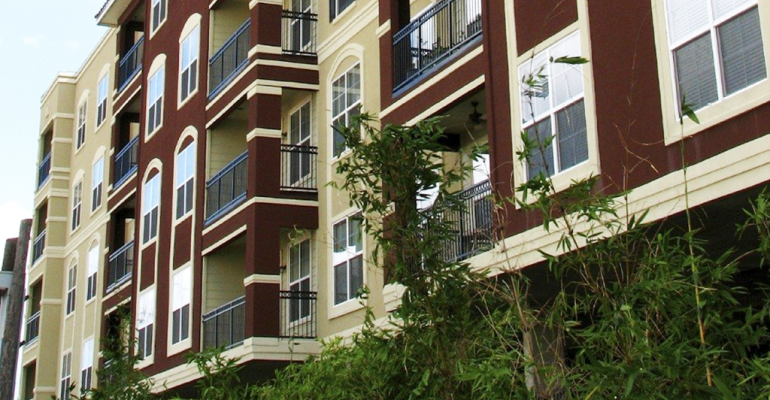 Low interest rates give cap rates more room to compress while also cheapening the cost of capital for multifamily borrowers.

The combination of strong fundamentals, low interest rates and intense interest from investors should make for another white hot year for the multifamily sector.

Although 2020 faces its fair share of uncertainty with worries of a potential recession, a volatile geopolitical picture and ongoing trade wars, investors looking for low-risk returns could still flock to the sector.

Low interest rates provide a double stimulus for multifamily investment. The fact that yields on Treasuries are falling means that cap rates can tighten a bit more and still offer an attractive spread. Meanwhile on the debt side, the cost of capital is lower.

“Not only do we believe cap rates could drop, but we are forecasting a drop across property types for next year,” says Andrew Rybczynski, managing consultant for the CoStar Group. “Real estate is much less liquid, so it will take a while for cap rates to react to the 10-year, but it has been below 2 percent for some time now, and we expect cap rates to follow it down,” says Rybczynski.

Apartment investors paid cap rates averaging 5.5 percent from January through the end of November 2019, according to RCA. Cap rates have fallen to those levels from about 6 percent over the last four years, since 2015. Over the same time, the total amount of money investors spent to buy apartment properties has continued to rise. “It just goes up and up,” says Jim Costello, senior vice president for Real Capital Analytics. “It is a really competitive lending environment. We’ve been seeing loan-to-value ratios creep up in a number of markets,” says Costello.

“The sector continues to attract resounding fundraising figures, with more than $20.0 billion in closed-end funds targeting the U.S. multi-housing sector raised in 2019 through mid-December,” says Lauro Ferroni director of research for JLL.

Potential sellers also have more options—because they can now borrow more against their properties, they have a little less incentive to sell. “Potential sellers can afford to wait awhile,” says Costello.

With so much competition to buy properties, investors are being much less selective. They are paying almost as much for riskier properties, relative to the income from the properties, as they do for relatively safe investments.

“Primary and secondary market cap rates have converged to the narrowest gap this cycle—at 23 basis points,” says Ferroni. That limits how much more prices can rise for properties in secondary markets relative to the income from the properties— though secondary markets continue to get more and more attention from buyers— and capture larger and larger shares of transaction volume, says Rybczynski.

Value-added investments are also now more difficult as the yield for these investments becomes thinner. “Value-add is still difficult compared to the earlier parts of the cycle,” says Rybczynski.

Instead, investors are looking to new, risky kinds of apartment investments where they can earn the reward of a higher yield.

“The thirst for yield has also led to increasing interest in alternative multi-housing concepts, such as co-living and short-term rental business models,” says Ferroni. “These sectors are expected to continue to benefit from growing interest stemming from new capital sources.”