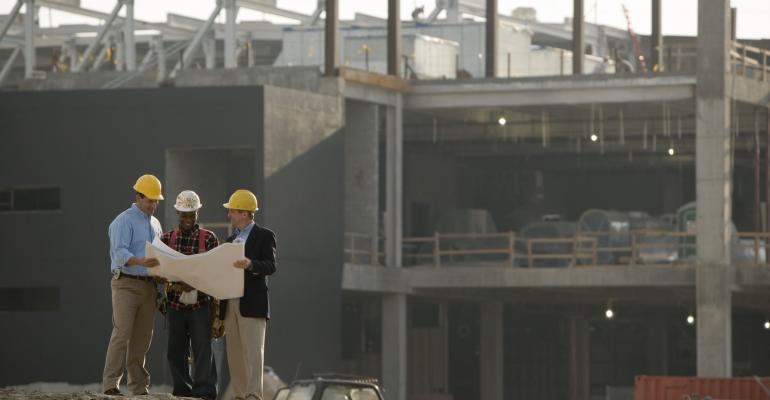 Do First Floor Retail Spaces Pencil Out for Multifamily Developers?

Today everyone wants to create new apartments in lively neighborhoods, where residents will live a short walk from shops, restaurants and other services.

“In urban and semi-urban locations all the cities want to have retail on the street front,” says Ron Witten, founder of Witten Advisors, an apartment market strategy firm. Local zoning officials—who often decide whether or not apartment developers can build their projects—encourage developers to include retail space in their new buildings.

But retail space needs a large pool of potential shoppers to survive. For first floor shops, that often requires a busy neighborhood with other shops nearby. The challenge for apartment project developers is that they are often directed by local officials to build retail spaces long before lively retail neighborhoods exist around their properties. Flexible retail spaces can evolve over time as the neighborhood changes.

“Most cities are tying to promote retail space whether an apartment development is in a viable retail neighborhood or not,” says Willett.

Apartment renters have a proven desire to live in bustling neighborhoods, near amenities like restaurants, bars, shops and grocery stores. “The trend for the last five years and the next five is that people want to live in walkable, active neighborhoods,” says Hans Nordby, managing director for the research firm the CoStar Group.

What’s more, renters gladly pay higher rents to live within a block or two of a grocery store, for example.

“Most apartment developers think that is worth five percent to 10 percent more in rent,” says David Webb, vice chairman, of debt and structured finance with the capital markets group of real estate services firm CBRE.

But a few thousand square feet of retail space in one building is not enough to create the kind of busy neighborhood residents want. “In general, 10,000 to 20,000 square feet of ground floor retail in an apartment community of 300 or so units usually does virtually nothing,” says Greg Willett, chief economist for MPF Research. “That’s not enough retail space to make the apartments meaningfully more attractive.”

In addition, while renters love to live near shopping amenities, they don’t need those amenities to be located on the first floor of their own apartment buildings. Most are perfectly happy to live in a building that is just a block away from a busy shopping street.

As a result, apartment buildings in the same neighborhoods often earn similar rents regardless of whether they include mixed-use space or not.

“Performances are all over the place for mixed-use properties versus nearby properties that are solely apartments,” says Willett. “Sometimes there's a premium for the apartments in mixed-used projects, but it's not unusual for the results to come in about the same.”

Retail needs a neighborhood to succeed

Success of retail space is largely dependent on the retail neighborhood around it, which is beyond the control of an individual apartment developer. To do well, a shop will need more customers than just the people who live upstairs, according to Willett.

“The apartment residents don’t provide enough support to keep in business a retailer who otherwise isn’t going to make it,” he says.

Unless developers plan to build in a proven shopping hub, they typically don’t expect much income from the retail spaces they include in their buildings. As a result, developers benefit from building flexibility into their projects, by creating first floor commercial spaces that can be used in a variety of ways. A neighborhood that has no retail life today may change quickly, particularly if officials encourage other new projects to include retail space. To account for future market changes, developers should avoid incorporating features that will limit how the first floor space can be used.

“The neighborhood is going to look a lot different in 10 years,” says Nordby. “It may behoove them to build flexible space.”