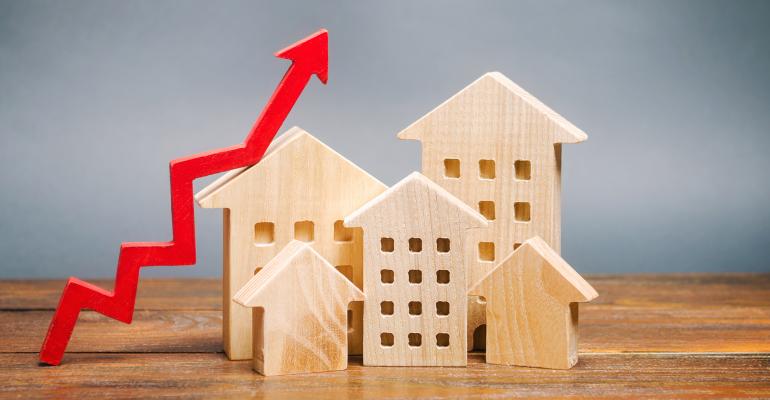 Despite the Crisis, Some Apartments Traded During the Third Quarter

Buyers have closed these deals to buy apartment properties with help from new capital from investors.

Investors bought more apartment properties than anyone expected in the third quarter of 2020, despite the ongoing chaos stemming from the pandemic.

These deals are moving forward despite new uncertainties, as doctors diagnose tens of thousands of new cases of the coronavirus. Dealmakers are also making decisions amid a backdrop of political uncertainty with the control of the White House and Congress at stake in next week's election and with it the potential fate of any new COVID-19 relief that could extend a needed lifeline to millions of Americans that remain unemployed.

“We are surprised by the amount of acquisition activity,” says Sam Isaacson, president of Walker & Dunlop Investment Partners.

Investors paid a total of $24.0 billion for apartment properties in the third quarter of 2020, according to Real Capital Analytics (RCA). That’s down 51 percent from nearly $50 billion in the third quarter of 2019. It sounds like a steep and sudden fall—but the volume of sales is a step up from a second quarter in which much of the U.S. economy shut down to slow the spread of the coronavirus and deal volume ground to a near halt. The volume of sales was down 67 percent in the second quarter compared to the year before.

“It is no longer March 2020. Some of the worst fears have not been realized,” says Jim Costello, senior vice president for RCA, based in New York City. “We were talking about one or two million dead—you had that hanging over every decision that was being made.”

“Properties continue to perform better than we expect,” says Isaacson.

Apartment properties sold for even higher prices on average in the third quarter than investors paid last year. RCA’s Commercial Property Price Index climbed 6.7 percent for the apartment sector in the third quarter of 2020 compared to the year before. And cap rates continue to compress for garden apartment properties, though they are inching higher for mid-rise and high-rise properties.

“There has been very little price adjustment,” says McAuliffe.

Buyers have closed these deals to buy apartment properties with help from new capital from investors. “Capital flows have been a significant driver,” says McAuliffe. That includes private equity funds, non-traded real estate investment trusts and investors coming on from alternative asset classes.

However, not every apartment property is doing well in the crisis. “It’s kind of two different worlds,” says Isaacson. “There is definitely softness on the new construction deals in the urban core.”

Apartments in downtown areas have generally lost more occupancy than apartment in what economists call “suburban” areas, which generally include all of the submarkets in a metro area outside of downtown.

“There is a belief by investors the select urban markets may deteriorate before they get better,” says McAuliffe.

Buyers typically buy properties at prices based on the income they hope to wring from the buildings. Having fewer occupied apartments cuts into that in these downtown markets.

“Certainly there are apartment properties that are worth less than they were—but they aren’t selling,” says McAuliffe. “Everyone is very well-capitalized and patient. There is no panic selling as we have seen in other markets like hotels.”

Buyers and sellers have had an easier time agreeing on prices in stronger, suburban markets where occupancy rates and average effective rents have been hurt less by the crisis caused by the pandemic.

Apartment professionals found ways to close deals that were planned before the crisis, despite fears of the spreading virus. “We have found solutions across the board to closing multifamily transactions,” says Brian McAuliffe, president of CBRE Capital Markets, working in the firm's Chicago office. “Investors and lenders are being flexible.”

Before the crisis, buyers might demand full inspections of every apartment in the multifamily building. “Now buyers might be willing to go through vacant apartments only, or might accept videos made by tenants,” says McAuliffe.

In recent months, investors began to negotiate to new deals to buy and sell apartment properties.

“The number of offerings began increasing consistently in mid-July,” says McAuliffe. CBRE charts the increase in activity by counting the number of confidentiality agreements CBRE created as its clients brought new apartment properties to market. “We are not at previous levels, but that gap continues to narrow.”

However, uncertainty continues to weigh on the market, and many potential buyers are less unwilling to buy properties sight-unseen. “We had many transactions that are being protracted because global capital cannot get on a plane and perform a market review,” says McAuliffe.