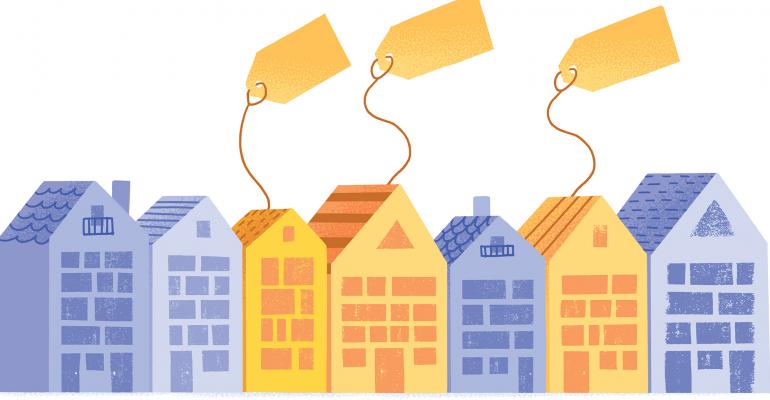 The proposed expansion would represent an increase of roughly 587 percent to the program’s current size.

Low-Income Housing Tax Credits (LIHTC), an already popular option for investors in the multifamily sector, are set to play a big role in President Joe Biden’s initiative to increase the supply of affordable housing in the United States.

The Biden administration is going all-in on affordable housing by taking steps to make it easier for developers to build apartment rentals across the nation. The American Jobs Plan proposes an additional $55 billion in low-income housing tax credits (LIHTC), along with a $94-billion investment in housing subsidy programs that pair with LIHTC. Additionally, the White House announced an increase in Fannie Mae and Freddie Mac’s annual LIHTC equity investment limits and the relaunch of HUD’s Risk Sharing Program, which delivers low-cost Ginnie Mae-comparable financing to housing finance agencies.

With these efforts, the Biden administration aims to create 100,000 affordable homes across the nation over the next three years.

“COVID-19 exposed a great need for affordable housing,” says Peter Lawrence, director of public policy and government relations with Novogradac, a professional services firm whose clients include developers and real estate investors. “We had a problem before and now it’s worse, which ultimately encouraged Congress [and the federal government] to take bold action.”

Will LIHTC supply ever meet demand?

Related: There’s Work to be Done before Full Recovery in the Multifamily Sector

The Biden administration estimates that 11 million families are burdened by housing costs that exceed 30 percent of their income. According to the National Low Income Housing Coalition, a non-profit dedicated to ending the nation’s housing crisis, there’s not a single state, county or metropolitan area in the U.S. where a minimum wage worker can afford a modest two-bedroom rental without spending more than 30 percent of their income.

And that’s why affordable housing experts insist that the LIHTC program needs to be expanded. The proposed $55 million expansion represents an increase of roughly 587 percent to the program’s current size.

Currently, LIHTC, which are administered at the state level, produce an estimated 100,000 affordable housing units per year.

“It is a program which has worked well for over 30 years,” says John W. Gahan, a partner with Sullivan & Worcester LLP, a law firm who represents Winn Companies, one of the most active affordable housing developers in the country. “There have been very few defaults, and historically, very few bad apples.”

Last year, roughly $8 billion in LIHTC were funded. But experts contend that the $55 billion proposed in the American Jobs Plan barely scratches the surface when it comes to meeting the need for affordable housing or demand from developers.

“As interest rates rise and debt becomes more expensive, leveraging LIHTCs will be even more important,” says Lisa Lim, partner at law firm Akerman LLC who represents developers who use LIHTC as a source of equity in affordable projects.

Competition for LIHTC from developers is “vigorous,” according to Dirk Wallace, a partner with Novogradac who specializes in LIHTC. He says demand has historically exceeded supply by a ratio of 3 to 1, if not more.

Today, state housing agencies tend to favor developers who have a long history of successful affordable housing projects. That’s both good and bad. The good part is the resulting developments are usually high-quality. The bad part is that many new developers might not have an opportunity to bring their projects to fruition, despite how well thought-out they may be.

“Allocators see the need to broaden their base and include more players, [but] as long as there are more good projects than available resources, they will always be inclined to ‘go with the winners’,” Gahan says. “The industry goal should be to expand the LIHTC program by making more money available and/or increasing the base of people who can benefit from the program.”

Providing state housing agencies with more LIHTC for developers is only one side of the affordable housing equation. LIHTC need to attract investors so developers can generate the highest credit values and obtain the most equity. Currently, the national average per LIHTC is 90 cents on the dollar, according to Novogradac.

As a result, toward the end of 2017, the Federal Housing Finance Agency (FHFA) allowed Fannie Mae and Freddie Mac to re-enter the LIHTC market as equity investors on a limited basis. Each GSE had a cap of $500 million in investments per year for a combined total of $1 billion, which represented nearly 7 percent of the estimated 2017 LIHTC equity investment market.

FHFA’s $500 million cap for each GSE persisted until early September 2021, when the agency increased the annual LIHTC equity investment limits by $350 million each. Now, both Fannie Mae and Freddie Mac have an $850 million cap for a total of $1.7 billion. With the new cap, the GSEs would have an estimated 7.5 percent market share, based on a projected $22.5 billion LIHTC equity investment market for 2021, according to Novogradac.

It’s worth noting that before the GSEs entered conservatorship in 2008, they accounted for 35 to 40 percent of the annual LIHTC equity market share. The recent increase in annual GSE equity investment is still far below the pre-2008 market share.

Of the $425 million in mission-related investments, FHFA explains that such investments are “required to be in areas that have been identified by FHFA as markets that have difficulty attracting investors.”

Typically, affordable housing developments in large markets such as Los Angeles and New York don’t have any trouble attracting LIHTC investors because of the Community Reinvestment Act of 1977 (CRA). The CRA requires banks and other financial institutions to invest in the communities in which they are chartered, and they often meet these commitments by investing in LIHTC.

“CRA markets remain the point of emphasis for most LIHTC activity,” Gahan says. “Having said that, in many states there is an increased emphasis that the entire population of the state should benefit, not just the big cities.”