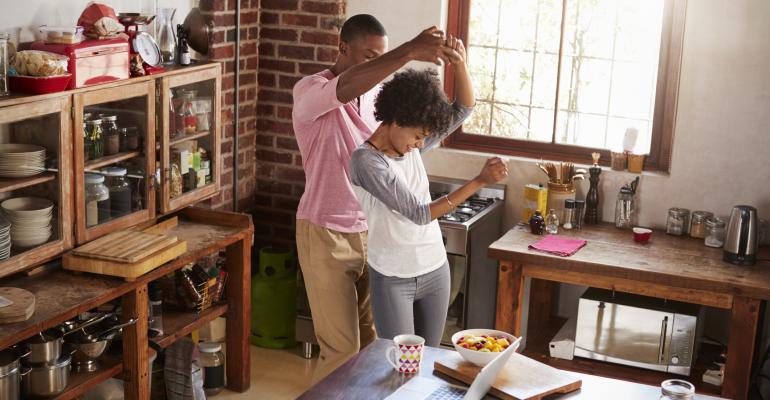 For those in the real estate business it’s imperative to continue to adjust to trends that are attracting this younger demographic.

Real estate investors, developers and property owners in major cities throughout the country have the ongoing challenge of attracting the next generation entering the “real world” and leaving their hometowns behind. Millennials—or those aged 22 to 37 in 2018—recently surpassed baby boomers as the largest generation in America. Accounting for such a large portion of the U.S. population makes millennial spending habits of extreme interest to everyone from retailers to real estate agents. For those in the real estate business it’s imperative to continue to adjust to trends that are attracting this younger demographic. In a city like Philadelphia, which from 2005 to 2016 experienced a 41 percent increase in millennials moving into the city, property owners and brokers must adjust and rebrand their properties accordingly to drive interest.

Relative affordability and a stable job market represent potential for significant growth in the Philadelphia real estate market. In fact, the city was named in a 2017 Trulia study as the best place in the country for young adults, for a variety of reasons. Philadelphia and New York City are less than 100 miles apart, but the real estate industry in each respective city seemed worlds away for many years. While prices in Manhattan remain predictably costly, and many young professionals continue to be willing to pay them, others see the benefits of settling down somewhere less expensive. Young professionals have taken note of Philadelphia’s relatively moderate pricing in comparison to other East Coast locations like New York, D.C. and Boston, and developers and property owners have worked to respond accordingly.

Ultimately, it is every developers’ objective to identify a neighborhood and specific properties before they become the hottest area in a city. While Philadelphia neighborhoods like Fishtown and Northern Liberties have effectively broken through the ‘up-and-coming’ phase in recent years, millennial migration and rental trends remind some of a bustling Williamsburg or Greenpoint 15 to 20 years ago, before they exploded in popularity. As such, developers maintain a keen eye on properties that can be redeveloped and rebranded in order to capitalize on the area’s influx of young professionals.

In Northern Liberties, in particular, tenants have easy access to center city jobs with the possibility of waterfront views and less congestion. Couple this with competitive rental prices and an abundance of new restaurants and bars, and you have the makings of an ideal spot for millennials and young professionals. There is even a significant number of professional athletes who view this area as ideal for its nightlife and easy travel to the sports complexes.

Getting ahead of changing interests

While there are many drivers for success in the Philadelphia real estate market, developers still must find ways to differentiate their properties and remain ahead of trends in the region.

In a 2017 study, the National Apartment Association found that apartment dwellers want the opportunity to socialize with others around them and foster a more community feel via amenities. The top 10 amenities participants listed included a fitness center, a clubhouse or common space for socializing and business centers. Traditionally, co-working and open work spaces have been associated with start-ups or entrepreneurs, but in recent years this type of work environment has become mainstream. From June 2016 to June 2017, the number of enterprise companies using WeWork’s co-working spaces increased by 90 percent.

Increasingly, renters are demanding a co-living environment where they can both work and entertain. This often requires renovations and a rebrand, as over half of rental housing stock was built in the 1980s. Younger renters will forego extra space in their unit for additional common space to mix and mingle, and they want to do it in style. Developers continue to find new ways to make these added amenities more luxurious, giving off the vibe of an opulent hotel rather than that of an apartment complex in the city.

With home ownership at a near 50-year low, those who end up renting for several years also want to live in a building that’s conducive to their hobbies, including fitness and wellness. While fitness centers have long been a staple of many residential buildings, offering free classes that encourage group participation and socializing and high-end amenities like spa centers draws millennials in.

As with any major trend impacting the real estate development market, at some point it’s possible that the interest in some amenities, whether it be gyms, movie theaters, or on-site dog parks, will begin to slow down and disappear altogether. But for now, developers are riding the millennial wave and have the opportunity to attract this captive audience, especially as the older segment of this generation hits its peak spending years.