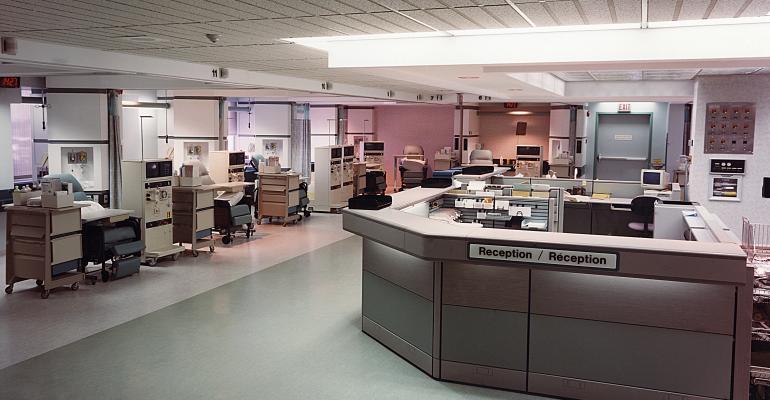 Rents in the sector are expected to go up even in the case of a downturn, industry sources say.

Medical office buildings (MOB) should provide investors with long-term rent upside even in the event of a downturn, according to industry experts.

MOB assets sold at an average cap rate of 6.4 percent over the past four quarters, according to a medical office report from research firm the CoStar Group. Cap rates are expected to compress further as the sector continues to gain attention from investors.

Vacancy levels in the single digits have pushed rents at MOBs to an all-time high of $26.76 per sq. ft., 9.5 above the peak achieved during the last cycle peak. Average vacancy in the medical office space currently sits at 8.9 percent, according to CoStar data.

Despite this strong demand, construction in the sector is not expected to tick up soon.

“I don’t think we would forecast a big pickup in construction. Labor costs are high, it’s a tight labor pool for construction workers, so you’re seeing construction delays pretty much across all property types,” says Kevin Cody, senior consultant at CoStar. “As of now, there’s just not a lot under construction, I don’t think you will see delivery rates come up over the next few years.”

Due to this limited construction activity for more than a decade, space built within the past 10 years is achieving a higher rent premium than ever before, according to the CoStar Group report.

“We don’t see new deliveries jumping off the charts at any point, which a good thing,” says Matt Withey, managing director of acquisitions at Virtus Real Estate Capital, a real estate investment firm. “We think it will keep vacancy from spiking up, unlike what you see from a lot of other asset classes where you have good demand growth prospects and, all of a sudden, developers start building left and right. Before you know it, you got too much supply and that’s when fundamentals start to erode. But we do not see that happen with medical office.”

The healthcare industry has not recorded job losses on a year-over-year basis dating back to 1975, a nearly half-century streak that included five national recessions, according to CoStar data.

“We believe that medical offices provide higher returns [than some other property types], but then also more resilient investment returns, being able to weather the ups and downs of the economic cycle a lot better than traditional office,” says Withey.

Twenty-eight percent of the sales volume in the sector over the past four quarters came from deals valued at more than $50 million, which marks a significant increase in large transactions and portfolio sales for medical office buildings. This indicates the sector is garnering more attention from institutional investors, according to the CoStar Group report.

“It is still a niche property type, so developers are still getting into it, institutional investment is coming up,” says Cody. “The fundamentals do look good, vacancies are tight. We have seen solid rent growth and demand growth has been strong. It’s pretty much agreed on that the population will support medical office demand going forward.”