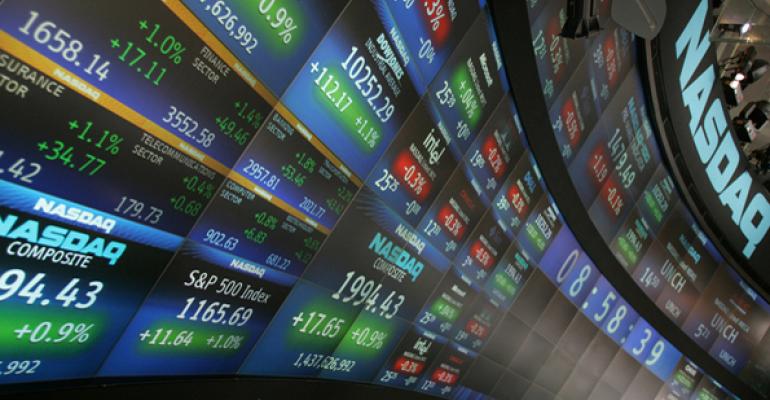 Only eight times in over 14 years have the FOMC meeting, GDP report, ISM report, and the employment report &ndash; all often market-moving events &ndash; occurred in the same week. &nbsp; Historically, these weeks have exhibited 20 percent more volatility than an average week over this time span, as measured by the S&amp;P 500 Index. &nbsp; This week is unlikely to be just another boring mid-spring week for financial market participants.

Eight times per year, the outcome of the Federal Reserve’s (Fed) Federal Open Market Committee (FOMC) meeting becomes the focal point for market participants. Four times each year, the first look at the health of the economy in the prior quarter from the Bureau of Economic Analysis’s (BEA) report on gross domestic product (GDP), dominates the headlines. Similarly, at the start of each month, the Report on Business from the Institute for Supply Management (ISM) and the monthly labor market report from the U.S. Department of Labor are the centerpieces of any trading week. This week (April 28 - May 2, 2014), all four of these key events are on the docket. How rare is this? In the 747 weeks between January 1, 2000, and April 28, 2014 (over 14 years), all four of these often market-moving events have occurred in the same week just eight times, most recently in the last week of July of 2013.

As an aside, all four would have also occurred the week of October 28 through November 1, 2013, but the 16-day shutdown of the U.S. government prevented the release of the Q3 2013 GDP and the October 2013 Employment Situation reports that week.

Historically, these weeks have exhibited 20 percent more volatility than an average week over this time span [Figure 1], and the VIX, a measure of equity market volatility, has been 4 percent higher. Add in the 139 S&P 500 companies expected to report earnings, and this week is unlikely to be just another boring mid-spring week for financial market participants.

Gross domestic product (GDP) is the monetary value of all the finished goods and services produced within a country’s borders in a specific time period, though GDP is usually calculated on an annual basis. It includes all of private and public consumption, government outlays, investments and exports less imports that occur within a defined territory.

The Federal Open Market Committee (FOMC), a committee within the Federal Reserve System, is charged under the United States law with overseeing the nation’s open market operations (i.e., the Fed’s buying and selling of United States Treasure securities).

Purchasing Managers' Index (PMI) is an indicator of the economic health of the manufacturing sector. The PMI index is based on five major indicators: new orders, inventory levels, production, supplier deliveries and the employment environment.

Markit is a leading, global financial information services company that provides independent data, valuations and trade processing across all asset classes in order to enhance transparency, reduce risk and improve operational efficiency. The Markit Purchasing Managers' IndexT (PMIT) is a composite index based on five of the individual indexes with the following weights: New Orders - 0.3, Output - 0.25, Employment - 0.2, Suppliers' Delivery Times - 0.15, Stocks of Items Purchased - 0.1, with the Delivery Times Index inverted so that it moves in a comparable direction.

John Canally is an Economist and Investment Strategist for LPL Financial.