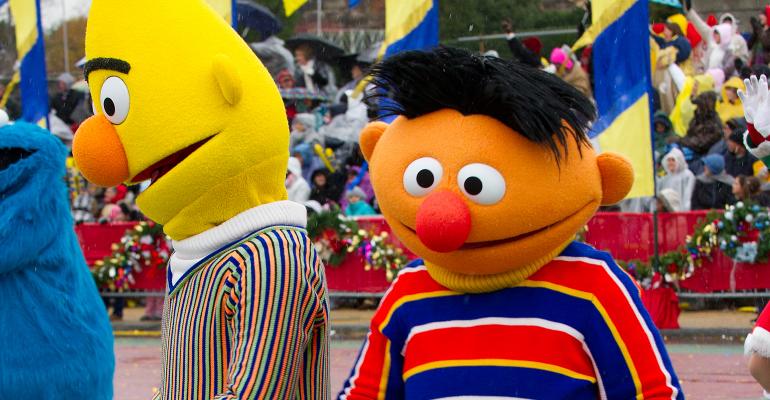 What Does the BERT Change Mean for Advisor Marketing?

As part of my job delivering predictable, quality leads for independent financial advisors on a regular basis, naturally a big part of my focus involves staying up-to-date on all things Google. So when I began hearing rumblings of yet another “major” Google algorithm change rolling out—this one affectionately called BERT – naturally a slow, creeping sense of dread began to take over.

We all remember the great Google PANDA algorithm update of 2011… and the chaos that unfolded in the immediate aftermath. At the time, PANDA was dubbed as a way to “stop sites with poor quality content from working their way into Google’s top search results.” It sounds simple enough, until you realize that Google keeps the exact mechanics of its algorithm updates a closely guarded secret to stop people from “gaming” the system. This means that, virtually overnight, sites that enjoyed a tremendous amount of healthy, organic traffic plummeted in the SERPS. In some cases, they totally disappeared. Nobody was sure exactly what happened or what they could do to correct it and, as a result, marketing campaigns across the board began to suffer.

At this point, I have to point out two hugely important statistics. First, a full 93% of ALL online experiences still begin via a search engine. Along the same lines, Google owns an estimated 65 to 70% of the entire global search engine market share. All of this is to say that when Google decides to up and change the way things work, people need to pay attention … whether they like it or not is irrelevant.

As I began to hear more and more about Google’s algorithm update in early October, naturally I was worried that we may be in for a repeat of 2011. Google actually changes their algorithm update many, many times throughout the year—but the major ones like PANDA and BERT tend to appear with little warning.

“Is Google about to change the online marketing game yet again?” I wondered to myself. “Are we again going to have to throw out everything we know about financial advisor SEO and essentially start from scratch?” In discussions that I was having with some of my clients around the same time, I quickly learned that I was NOT the only one having these types of concerns.

But thankfully, as I conducted more research, I found far more good news than bad.

One of the major problems when optimizing content is that, especially when you’re talking about local keywords and with regard to city-specific pages, sometimes you find yourself having to force unnatural and otherwise odd word orders to appease financial advisor SEO requirements.

Yet “financial advisor Pittsburgh” is what you’re stuck with.

How, exactly, are you supposed to include that phrase on your page several times – and even in strategic locations like the page title at the top – and keep things flowing naturally? It’s a common dilemma that many people run into and if you don’t walk that fine line in just the right way, your content can quickly sound like it was written by a robot. Sure, it might rank well at that point—but if it’s off-putting to your readers, is it actually creating any type of tangible benefit for you?

Thankfully – graciously – this is the type of thing we can now loosen up on with BERT. From that perspective alone, it’s a change that couldn’t have come along at a better time.

Everything You Need to Know About the BERT Rollout

Since it went live, Google itself has described the BERT algorithm as a way to “better understand the intent behind users’ search queries.” In other words, if Google can understand the context behind WHY you’re searching for something, it can serve you relevant content in a faster and more effective way, too.

Google has said that BERT will impact approximately 10% of all searches, so while it’s likely that it will have some type of impact on your business’ organic visibility and traffic volumes, the chances are high that it won’t be so significant that you’d ever notice.

Despite all this, Google is also claiming that BERT is “one of the biggest leaps forward in the history of search.”

Experts have already said that, from a certain perspective, this means that niche industries like financial advisor SEO just got EASIER to manage, not HARDER. In my own research, I’m happy to say that I’m very inclined to agree with them.

In early November, Google employee Danny Sullivan said that “there’s nothing to optimize for with BERT, nor anything for anyone to be rethinking.” He went on to say that “the fundamentals of us seeking to reward great content remain unchanged.”

In a larger sense, this means that despite the fact that the BERT algorithm update was a significant one, Google’s overall advice on creating content that ranks well remains the same: so long as you keep the user in mind when creating relevant content and publish pieces that provide valuable information that meets their needs and expectations, Google will take care of you.

From that perspective, successful financial advisor SEO becomes less about keywords in a literal sense and is more about just doing what you should have always been doing: creating content that satisfies someone’s search intent.

Thanks to the fact that BERT is designed to better interpret that intent in a more effective way than ever, it makes sense that giving the user what they want is the best thing you can do to rank well and dominate in your marketplace.

I’d be willing to take that idea one step further, however, and say that “optimizing” now means “focus on quality, clear writing instead of a choice between creating content for your audience and financial advisor SEO keywords that only ever really satisfied machines in the first place.”

Google published a number of examples showing BERT’s impact in greater detail, and even at a cursory glance there’s a lot to get excited about.

Post-BERT, Google now returns a listing for a book titled “Math for Grownups” at the top of the SERPS—far more appropriate given the context surrounding what that person would have been searching for to begin with.

It’s easy to see how this can positively impact your larger financial advisor SEO efforts, particularly when you consider how much context has always mattered in this admittedly niche industry.

Making the Most of the BERT Update

But that doesn’t mean that you shouldn’t use BERT as an opportunity to improve your own content creation efforts, because you absolutely should. It would be wrong to say that you should change NOTHING about what you’re doing, because there are always chances to do better and create more relevant content and this is absolutely one of them.

Note that this isn’t merely limited to the written word, either. If a question from your financial advisor prospects can best be answered in a video, create a video. If it takes an Infographic or another type of image, create that images.

Overall, you need to do whatever needs to be done in order to create the best experience possible for your readers.

None of this is to say that long-form content “no longer works”—because it absolutely does. It’s just that traditional financial advisor SEO is ALREADY taking care of that long-form content. With BERT, Google is focusing on the terms that could be interpreted countless different ways depending on the context in which they’re asked.

By focusing on the users, by emphasizing quality and by creating as much relevant content as possible (and by paying attention to long-tail terms as opposed to short financial advisor SEO keywords), you stand the best possible chance at finally making that impact you’ve been after.

Midstream Marketing: Your Journey to Success in a Post-BERT World Begins Today

In the end, one of the most obvious questions to ask yourself is “does content really generate leads in a post-BERT landscape?”

Yes, absolutely, it does. It always has, and it always will.

That’s a bit like asking “do you have to build trust before a prospect becomes a client?” Of course you do – someone isn’t going to take your word for it that you’re an excellent financial advisor. They want you to prove it to them, and how do you do that without offering something of value and expecting nothing in return?

If you’re offering value, how are you doing it without some type of relevant content?

This means that, even in the immediate aftermath of BERT and whatever other Google algorithm update hits next, the path to lead flow is to have a conversation strategy for that content and to get that content traffic.

Taking this quality-focused approach to financial advisor SEO will always be your best opportunity to accomplish precisely that.