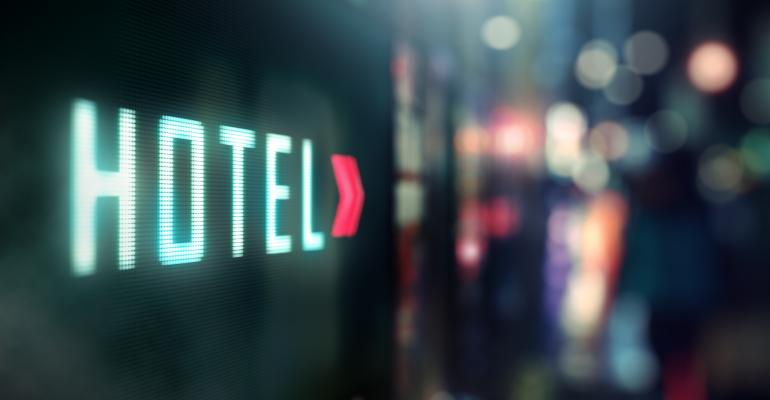 Western and Southern Hotels Lead the Rest of the U.S.

Hospitality properties in Western and Southern U.S. are performing better than those in gateway markets.

Investor appetite in hospitality properties in Western and Southern U.S. is growing due to higher revenue per room (RevPAR) growth, healthy occupancy and rising tourism, according to industry experts.

U.S. hotels posted average revPAR growth of 16 percent from 2014 to 2018, and, of the 12 areas that outperformed this growth, 11 were either in Western or Southern areas, according to a Marcus & Millichap report. Investors have already been noticeably attracted to this areas, as close to 50 percent of transaction volume in the hospitality sector in 2018 occurred in either Western or Southeastern markets, according to a Cushman & Wakefield report. Those markets will likely continue to lead the pack in terms of investment activity in 2019, according to Mark Capasso, executive director of the hospitality and gaming group at Cushman & Wakefield. Robust hotel sales volume in the sector at large should also continue this year.

Counties in the South and the West lead the nation in population growth, according to the U.S. Census Bureau. Texas counties take four of the top 10 spots in population growth in the U.S., while a number of other secondary and tertiary markets take the other spots. This is occurring at the same time as corporate occupiers are expanding away from primary metros.

“The hotel industry tends to be reactive and hotels do better in areas with good population growth, which dovetails with good economic growth,” says Capasso. “Wherever you see these, you will see an upturn in the hotel market.”

Texas will add the most hotel rooms in the U.S.  this year, with around 25,500 rooms underway. Nashville, Tenn. has increased its hotel inventory by 19 percent in the past five years, the biggest five-year inventory change in the United States.

“Nashville has a tremendous supply pipeline, and New York City, tremendous supply pipeline. So, it’s difficult to really predict where that all ends up if all that supply, in fact, gets delivered to the market,” says Robert Webster, managing director in the hotels and hospitality group at real estate services firm JLL. “So, if you’re an owner of an asset in a market like Nashville or New York City, the future is difficult to predict. Therefore, it makes it more risky to invest.”

Southern and Western markets with low supply pipelines and low cost of entry, including Florida, Idaho and Washington, will likely attract investors, according to industry sources. Northwest has rooms under construction that total only 2.5 percent of existing stock, while Florida’s under-construction inventory as a percentage of stock has stayed the same since December, at 4.1 percent. In comparison, New York leads the rest of the U.S. in rooms underway as a percent of stock with 7.1 percent.

New regulations on short-term rentals in Seattle will also likely dissuade homeowners from renting out their properties through sites like Airbnb, further benefiting the hospitality sector there.

“There’s very little risk because there’s no new supply coming in,” says Webster. “You know what your pie is, you know who your competitors are. You can improve the assets, so you become better than your competitors.”

Despite low interest rates and a rising tourism economy, slowing revPAR growth is a concern for some industry experts. Projections for 2019 are for slower growth, while wage increase will likely put pressure on net income margins, according to Capasso.

“Whether a slowdown will turn into a recession is a different question,” says Capasso. “There are still too many positive signs in the economy for me to think we will hit a recession in the next 12 months, but I think we are in more precarious times this year than we were last year.”

The hotel sector as a whole remains relatively undersupplied compared to historical data, however. This adds to an already favorable environment for hotel developers, according to Nichols. Pre-2008 crash, the percentage of growth in new hotels came to about 4.6 percent of total inventory. Today, new supply, on a nationwide scale, represents around 1.8 percent of existing stock.

“We are significantly below where we were from a new supply standpoint than in 2008, where everything crashed. And 30-year average for new supply is about two percent,” says Nichols. “So, what I would say is that we are back to normal when it comes to growth in the hospitality sector in terms of new development. We are just back to the 30-year average.”

Annual occupancy rate for hotels nationwide is forecast to climb to 66.5 percent this year, a more than 30-year record high, according to Marcus & Millichap data.