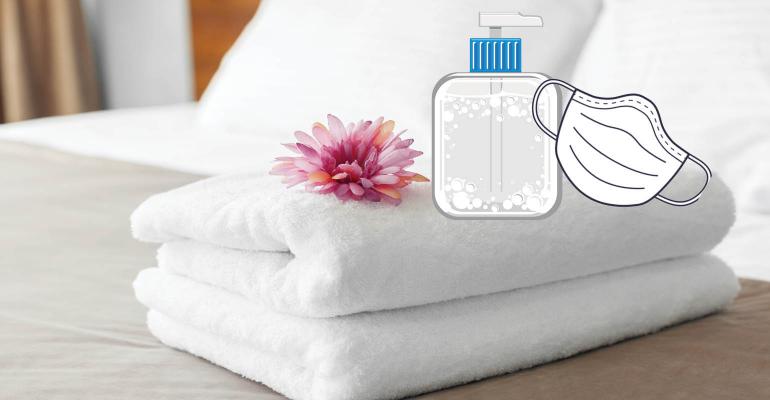 Hotel sales in the Big Apple had crashed to a halt even before coronavirus took a bite out of people's travel plans and disrupted conventions and major events.

Even before the novel strain of coronavirus (COVID-19) began spreading in New York City area, buyers and sellers of hotel properties had a hard time agreeing on prices. For example, no deals closed to buy or sell hotels in New York City’s borough of Manhattan in November, December and January, according to Real Capital Analytics, based in New York City.

“Three months of no transactions is a rare event in Manhattan,” says Jim Costello, senior vice president for RCA.

New York City has been one of the strongest markets for hotel rooms in the U.S. But developers finally opened enough new hotel rooms in 2019 to reduce the occupancy rate. The outlook for 2020 was uncertain. Developers planned to open even more new rooms with New York’s economy projecting continued growth. The outlook became uncertain in early March. As coronavirus spread across the U.S., major companies cut back on travel and event planners and conference organizers cancelled a growing list of public events. It's taking a bite out of the hospitality sector already.

“In January, you could make the case that this was going to be fine,” says Jan Freitag, senior vice president of lodging insights for STR, based in Nashville. “But now all bets are off.”

New York City has had very strong demand for hotel rooms. “The travel and tourism sector in New York is one of the strongest,” says Geraldine Guichardo, global head of hotels and hospitality research for JLL. “Since 2009, the market has posted visitor growth every single year and is estimated to have welcomed 67 million visitors in 2019.”

But developers opened more new hotel rooms in New York City in 2019 than the increase in the number of visitors—increasing the inventory of hotel room by 3.8 percent in 2019.

In December 2019, 86.2 percent of the hotel rooms were occupied in New York City. That was the highest occupancy rate of any of the 25 top hotel markets tracked by STR—though the rate was down a full percentage point from the year before. The average daily rate (ADR) also dropped 2.4 percent from the year before and revenue per available room (RevPAR) dropped by 3.5 percent.

In contrast, across the U.S. as a whole in December 2019, the percentage of occupied rooms was the same in as it was the year before—and ADR and revPAR had both grew by around 1 percent.

“There is limited pricing power for the average U.S. hotel,” says Freitag. “Add price declines in daily rents for average New York City hotels… it’s not a surprise that buyers are waiting a little on the sidelines.”

The spread of coronavirus hurt the fundamental demand for hotels across the U.S. in the first months 2020—the only question was how much demand would fall. By the last week in February, the average occupancy rate for hotel rooms across the U.S. had already sunk 1.3 percent from the year before.

“February is going to come out not so bad,” says Freitag, anticipating worse to come. “This is all too early too tell.”

A few deals have closed recently in the broader New York area. “The pricing correction has sped up,” says Jeffrey Davis, senior managing director at JLL Hotels and Hospitality. The average price per key for hotel properties in 2019 was approximately 27 percent down from 2015 peak levels.

Experts like JLL still believe in the deep strength of the market for hotels in New York City.

“After 9/11, New York was one of first primary markets to see performance recover, despite being at the center of the terrorist attacks,” JLL’s Guichardo.

Within five years of the terror attack, RevPAR in New York City had recovered and risen above its level in 2000. Hotels in markets like Chicago, San Francisco and Boston, took 6 to 12 years to see RevPAR fully recover to pre-9/11 levels. Guichardo also points to growth in the demand for hotel rooms in New York as large new developments of new office space open, like Hudson Yards.

“There is a lot of noise in the market right now,” says Guichardo. “Investors that can see past that will find attractive hotel investment opportunities that can offer higher yields relative to other property sectors.”