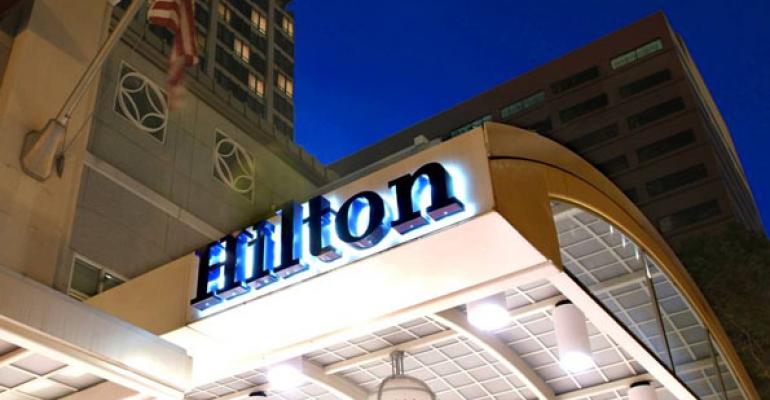 Hilton has agreed to operate three hotels that will be part of Genting Group’s Resorts World Las Vegas.

(Bloomberg)—The Las Vegas Hilton was a landmark of the gambling mecca for decades. Now, Hilton Worldwide Holdings Inc. is bringing the brand back to the Strip.

Hilton has agreed to operate three hotels as part of Genting Group’s Resorts World Las Vegas, slated to open in the summer of 2021, according to a statement from the companies.

The deal calls for a 1,700-room hotel dubbed the Las Vegas Hilton, a 1,500-room Conrad and a smaller property designed for high-rollers, helping Hilton cater to the growing ranks of loyalty program members who view the city as an important destination.

“Our 100 million members are very eager to be there and we’ve heard about that for many years until we’ve had this chance to return,” said Greg Hartmann, a senior vice president of development at Hilton.

Hilton became the first New York Stock Exchange-listed company to enter the U.S. gaming industry after then-Chief Executive Officer Barron Hilton acquired the Flamingo Hotel and Las Vegas International in the early 1970s. More than two decades later, the company spun off its gambling unit to satisfy investors who thought it should be separate from the hospitality business.

Lodging brands, meanwhile, ceded the Las Vegas Strip to gaming companies, which used low-room rates to draw guests into their casinos. The original Las Vegas Hilton -- home to long-running residencies by Elvis Presley and Liberace -- operated until 2012, when Hilton pulled its name off the aging property.

“I think the view was always, people are choosing their hotel based on the casino they want to go to,” said Michael Bellisario, an analyst at Robert W. Baird & Co.

That perspective has shifted in recent years as the development of shopping centers, live entertainment venues and other non-gambling amenities has given Las Vegas broader tourism appeal.

Hilton got a fresh toehold on the Strip in 2018, when an existing hotel was converted into a Waldorf Astoria. That same year, Marriott International Inc. announced plans to open JW Marriott and Edition hotels as part of developer Steven Witkoff’s Las Vegas resort.

The $4.3 billion Resorts World project will include about 3,500 Hilton rooms in total, as well as a 5,000-seat theater and 350,000 square feet of meeting space. The development will include a full-service gaming operation, but Resorts World Las Vegas President Scott Sibella said he expects 75% of revenue to come from non-gaming activities.