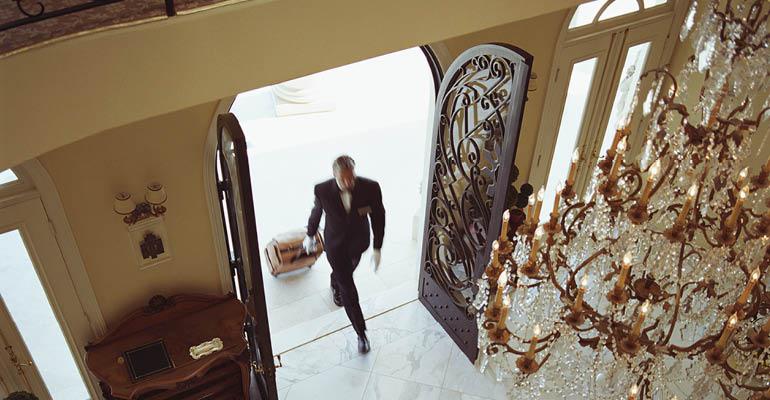 Full-Service Luxury Hotels Are Outperforming the Rest of the Hotel Sector. So Why Are Developers Not Building More of Them?

The hotel sector is having a great year. But full-service luxury hotels—the kind of properties in prime locations that often include conference spaces and multiple restaurants—are doing even better than the rest of the booming hotel business.

Rates are rising quickly for luxury hotels. That’s partly because these properties often don’t have a lot of competition. Developers are currently opening very few new hotels targeted at the top of the market.

The occupancy rate for luxury hotels averaged 74.6 percent so far in 2018. That’s significantly higher than the occupancy for the hotel sector overall, which has averaged just 66.1 percent over the same time period.

Why are luxury hotels doing so well? Part of the reason is that they don’t have to compete with many new properties. The inventory of luxury hotel rooms in the U.S. grew by just 0.9 percent in 2017, while the demand for rooms grew by 1.5 percent. The demand for rooms has continued to grow faster than the inventory so far in 2018, driving average occupancy rates higher.

“Because of the development economics, there has been very little new development of luxury hotels,” says Woodworth.

Despite solid performance, the prices that investors are typically willing to pay to buy a full-service, luxury property are still below the cost to develop the hotel. “As good a recovery as we have gone through, the market values for luxury hotels have still not caught up to replacement cost,” says Woodworth.

Luxury hotels cost more to develop partly because they often include a large amount of extra space for meeting rooms and amenities like restaurants. As a result, the amount of square footage that a developer needs to build per room is much higher for luxury hotels. Luxury hotels are also often located on expensive development sites in prime locations and decked out with costly, high-end finishes.

In addition, these large properties can come with significant risk. Several projects to develop luxury hotels ran into problems during the financial crisis, with a few high-profile defaults.

“Lending officers in financial institutions were around in the last downturn. They have a long memory,” Freitag notes. “Scrutiny is a lot higher than it used to be.”

Lenders and investors may think of limited-service hotels as being a safer bet in case of a downturn because they are less subject to how much businesses are willing to spend on conferences and events. “What is attractive about select service is that the

revenue is more from room sales, rather than revenue from meetings,” says Kevin Mallory, global head of hotels for CBRE.

The unemployment rate across the U.S. was just 3.7 percent in October. That’s the lowest the main unemployment rate has been since 1969. That represents a serious shortage of labor, in which workers have to ability to demand higher wages.

“The pressure on the cost of labor has been significant for the last three years and it is going to get worse,” Woodworth notes.