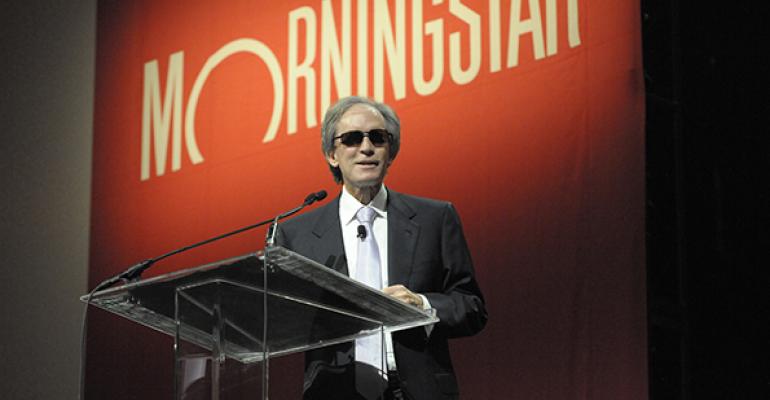 <p>Bill Gross&#39; outlandish performance at the Morningstar Conference was seen as one of the last straws before his forced departure from PIMCO.</p>
News

Famed bond investor Bill Gross sued his former employer Pacific Investment Management Co and its parent Allianz SE for $200 million, saying he was driven out of the bond fund giant he helped found by a greedy "cabal" of executives who wanted his huge bonus for themselves.

In a complaint filed on Thursday in the California Superior Court in Orange County, Gross said Pimco managing directors were "driven by a lust for power, greed, and a desire to improve their own financial position and reputation" in their ultimately successful plot to oust him. His departure was announced on Sept. 26, 2014.

The lawsuit ratchets up the vitriol between Gross, 71, who now runs the Janus Global Unconstrained Bond Fund for Janus Capital Group Inc, and Pimco, which he had built over four decades into a $2 trillion U.S. bond fund company.

Gross, a billionaire, had been "on track" to receive a bonus topping $250 million from Pimco in 2014, with most of it paid late in the year, according to the complaint. He accused Pimco of constructive termination, breach of contract, and exercising bad faith.

"This lawsuit has no merit and our legal team will be responding in court in due course," Pimco spokesman Michael Reid said. Allianz had no immediate comment.

Gross, through a spokesman, declined to comment. His lead lawyer Patricia Glaser said in a statement any recoveries will go to charity, including the Pimco Foundation. A spokeswoman for Janus called the lawsuit "a personal matter related to Bill."

That style, along with investors outflows and a weak performance by the flagship Pimco Total Return Fund, which Gross had built into the world's largest bond fund by assets, were also the subjects of much negative press in 2014.

Total Return's assets peaked at $293 billion in April 2013, but have since fallen to below $100 billion. It has been surpassed in size by the Vanguard Total Bond Market Index fund. Pimco's assets under management totaled $1.52 trillion as of June 30.

The lawsuit "tends to drag out both sides' dirty laundry in the open so I think it will hurt both Bill and Pimco," said Scot Shier, a financial adviser at Quintessential Financial Corp in Mission Viejo, California who invests client money in Pimco funds.

In the complaint, Gross said his falling out with El-Erian was prompted by a difference in strategy.

He said El-Erian wanted to give investors an "extensive and varied menu," like at a Cheesecake Factory restaurant, of investment choices including stocks, commodities, real estate and hedge fund-like products, while Gross favored a "bonds and burgers" focus on markets that fueled Pimco's success.

Gross said that after El-Erian left, other less-senior Pimco executives plotted to drive him out as well, and share in his 20 percent stake in Pimco's bonus pool, because they thought his presence was impeding their careers and limiting their pay.

He said this plan was "hatched" by Daniel Ivascyn, who succeeded him as Pimco's group chief investment officer and allegedly helped recruit others to the cause.

By mid-September 2014, when conditions had become untenable, Gross said he began negotiating to resign as chief investment officer, cut his bonus, give up oversight of Total Return, and as "further humiliation" even be forbidden from entering Pimco's offices in Newport Beach, California.

Gross said he worked out an arrangement with Allianz Chief Executive Michael Diekmann, but that Pimco officials including current CEO Douglas Hodge "somehow" overruled their boss and came up with a lesser role that effectively meant his firing.

He also said Hodge's take-it-or-leave-it solution was designed to conceal Gross' much-diminished role from investors, the press and the markets.

Gross "could not agree to participate in this deceit," the complaint said.

Gross is now worth $2.3 billion, according to Forbes magazine.

Through Wednesday, his $1.4 billion Janus fund has returned negative 1.61 percent this year, lagging nearly three-quarters of its peers and trailing the Barclays U.S. Aggregate Bond Index by 2.94 percentage points, according to Morningstar Inc.