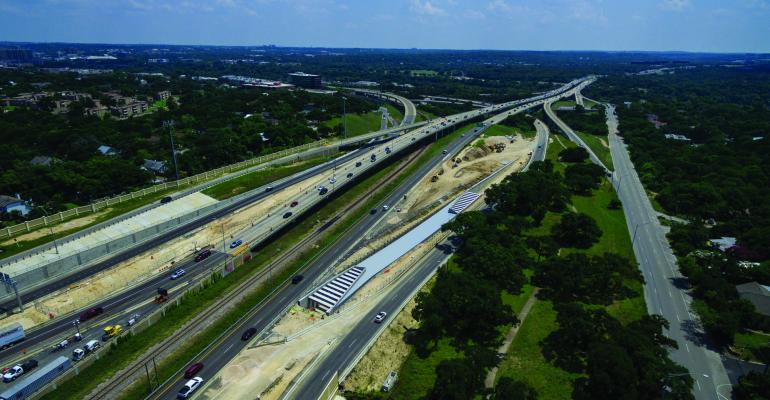 What Could Infrastructure Investment Mean for Real Estate?

Once the envy of the world, infrastructure across America now bears the scars of underinvestment.

America’s once-proud infrastructure system has been slowly, but steadily, crumbling. Once the envy of the world, infrastructure across America now bears the scars of underinvestment.

According to the World Economic Forum, America’s infrastructure recently fell to #11 in global rankings, down from the top spot it held in 2005. An estimated $4.6 trillion is needed to bring our infrastructure back to full strength.

President Donald Trump has made infrastructure rebuilding a cornerstone of his America-first policies. Now, as he begins to outline his vision, the question is: How could the first significant infrastructure investment program in roughly 50 years impact the way we work and live?

In June, President Trump offered an outline of his $1 billion infrastructure initiative. The administration seeks to reshape how infrastructure projects are funded, developed, and maintained. It wants to devolve the federal government’s oversight to private enterprises through public-private partnerships (P3s). According to the White House, it hopes to establish “better procurement methods, market discipline, and a long-term focus on maintaining assets.”

Under the plan, the federal government would make $200 billion in targeted infrastructure investments that potentially pack the most economic punch, relying in part on corporate tax reform to help fund the expenditure. Meanwhile, the plan would rely on private companies to inject roughly $800 billion. To encourage investment private sector sweeteners may include giving companies the right to collect tolls and other fees.
The administration also wants to give localities and states a prominent role, believing their independence would increase efficiency and perhaps cut the red tape that lengthens the permitting process.

A renewed focus on infrastructure could have a pronounced effect on America’s economy. Increased construction projects may improve employment rates, especially for those middle-aged construction workers hit hard by the Great Recession. Projections flying around include a possible $750 billion boost to gross domestic product (GDP) and 500,000 new jobs.

Our lifestyles may also be affected. Americans could choose living spaces further away from where they work if improved infrastructure reduces traffic congestion and streamlines travel. People will also keep a keen eye on which housing and job markets receive the most capital, especially if they are concerned about travel, water quality, and broadband. Markets with aging infrastructure, particularly rural areas and impoverished cities that aren’t helped by these initiatives, may become even less desirable.

Before infrastructure takes center stage, however, the administration must pass tax reform. Upon its completion, the infrastructure plan seems to be next in line. A massive investment in rebuilding America’s infrastructure will have potentially positive impacts on both the economy and real estate markets.