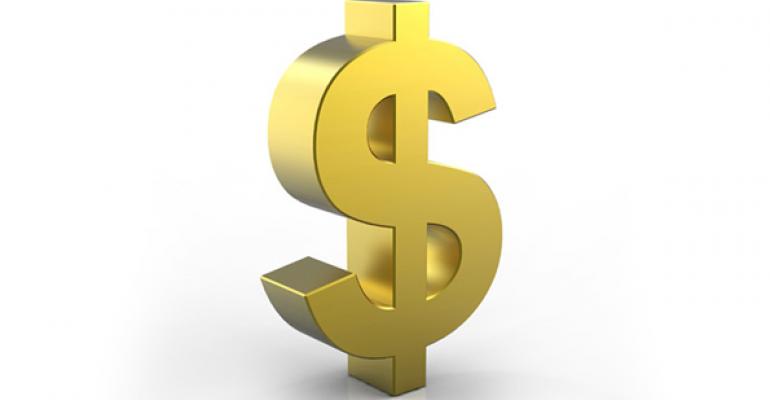 In Praise of Dollar Dominance

For all the resentment the dollar may generate, we should avoid the sloppy thinking around theories that its day has passed or its departure should be hurried.

There's a theory gaining ground that our post-pandemic world will emerge more splintered than ever. If trade wars triggered doubts over sprawling supply chains, shortages of medical equipment will accelerate demand for production closer to home. If an "America First" foreign policy already raised doubts about global alliances, poor international cooperation to contain the coronavirus will only intensify existing rivalries.

But the heroes of this crisis actually depend on an integrated world, and we should not casually accept theory as fact. Medical science requires global cooperation and peer review to defeat COVID-19. The internet has made social distancing possible and even tolerable. And the U.S. dollar, and its conjurers at the Federal Reserve, decisively stabilized financial markets everywhere to forestall catastrophic meltdown.

Yes, let's give thanks for the dollar and protect its global role.

For all the resentment the dollar may generate, we should avoid the sloppy thinking around theories that its day has passed, or its departure should be hurried. First, dollar dominance depends more on its inherent strengths than any government policy. Second, as we have seen twice already this century, it provides a crucial stabilizing force when crisis hits. Third, and perhaps less visibly, it also offers a path to greater global cooperation than any non-American politician will ever publicly admit.

The dollar's inherent strengths stem from a combination of trust, convenience and cost. By the numbers, it's astonishing that 42% of global payments are in dollars, as are two-thirds of global reserves and nearly half of global trade invoices. None of this is mandated or decreed.

Trust, to be sure, is relative, but we saw where the flows headed last month when market confidence evaporated. Opaque Chinese institutions and tenuous European politics make even today’s American currency look dependable compared with the yuan or the euro. A global cryptocurrency may emerge someday, but the early designs remain problematic.

Pricing global trade in the same currency also creates enormous efficiencies for firms. If inputs from different countries are all priced in dollars, profit margins are easier to forecast and protect. There are also advantages to issuing debt in the world's deepest bond markets.

Beyond these structural advantages, dollar dominance also allows for rapid crisis response as we have all just seen. Acting quickly and creatively, the Federal Reserve not only managed to stabilize markets for U.S. financial instruments with its enhanced playbook from 2008 but also extended crucial lifelines to other markets where the demand for dollars suddenly spiked.

Just as it did 12 years ago, the Fed offered dollar swap lines to traditional, developed central bank partners such as the European Central Bank, the Bank of Japan and the Bank of England. But since then, non-U.S. banks have increased dollar asset holdings by 20% and foreign entities other than banks have issued nearly triple the amount of dollar bonds. So the Fed took the bold and creative step to open repurchasing facilities for central banks with large Treasury holdings, ranging from Ireland to China. These measures helped stabilize financial markets and eased the pressure on dollar appreciation.

Imagine for a moment a world in which, say, three competing currency blocs offered varying and unpredictable liquidity support in a crisis. Investors would be left to guess which banking systems—and which banks—might face sudden liquidity pressures. They would further guess whether China stood ready to support Taiwan’s financial system or whether the European Central Bank could assist banks in countries that abrogated their climate commitments.

Finally, in spite of rising resentment around America's muscular sanctions, there are important global benefits to recall. Above all, dollar sanctions really do work against criminal organizations and terrorist groups. The Trump administration’s decision to reimpose sanctions on Iran and, by extension, require foreign banks to do the same naturally raises hackles. Still, the recent sanctions programs against the likes of Russia, North Korea and Venezuela have been carried out with the broad agreement of key allies.

The importance of access to dollar markets has also helped rally global banks in the cause to fight tax evasion, and it has encouraged common standards around data protection. In a divided and mistrustful world, this looks like the United States unfairly imposing its preferences. Where there are common values and goals, however, it can be a powerful mechanism for greater cooperation.

The dollar’s dominant role through this crisis will surely trigger fresh debate. America’s exorbitant privilege to access cheap funding is balanced by an exchange rate that may be stronger than it would be otherwise. While the cries to “End the Fed” have died down, there will surely be close congressional scrutiny of the central bank’s crisis response and the risks it incurred. Meanwhile, resentment toward America’s sharp elbows will not fade soon, especially if the world tilts into recession.

But a fractured world, in which countries rely more on their own resources, isn’t much of an answer either. Just as you might not like what the firefighters did to the door and carpet when your house caught fire, you should still give thanks for the willing city fire brigade and its abundant supply of water.