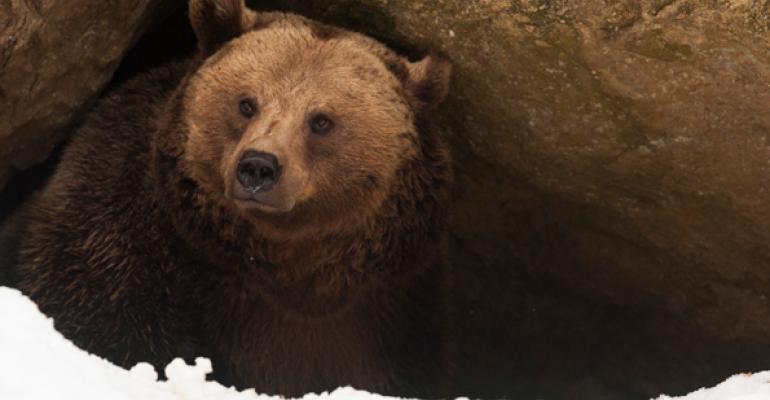 One person’s market correction is another’s buying opportunity. Market strategists weigh in on where to find opportunities in 2014.

A lot can happen in a year: Conflict with Syria, a government shutdown, a National Security Agency scandal, a new pope, and a catastrophic typhoon in the Philippines.

Yet on Wall Street, things could not be better. The market is up 26 percent. In the first 10 months of 2013, $134 billion flowed into equity mutual funds, versus net withdrawals of $153 billion in all of 2012. Advisors are much more optimistic. Since December 2012, WealthManagement.com’s Advisor Confidence Index—a benchmark of advisors’ views on the economy and the stock market—has risen 19 percent.

Asset managers and analysts say 2014 won’t bring the same outsized returns the stock market has enjoyed this year. Many forecast a correction.

S&P Capital IQ Chief Equity Strategist Sam Stovall says the S&P 500 has gone 26 months without a correction. Since 1945, the market has not gone more than 18 months (on average) without slipping 10 percent or more, according to Stovall. That leads him to predict a correction of 10 to 20 percent.

Doug Ramsey, chief investment officer at Leuthold Weeden Capital Management, expects the S&P to flirt with 2,000 in the first quarter, followed by at least a “severe” correction of 12 to 18 percent in spring and summer. “By year’s end, the blue chip averages should eke out a small gain, but small caps are expected to generate small full-year losses as their current P/E premiums deflate,” he writes in the firm’s December Green Book.

“What goes up at some point must come down,” says John Linehan, head of the U.S. equity division at T. Rowe Price, which predicts a 10 to 20 percent non-recessionary correction next year.

2013 will be one of the few years in the post-war era that hasn’t had a correction of more than 5 percent, he says. The largest pullback this year lasted from May 22 to July 24, with the S&P falling 4.97 percent.

There are other danger signs, says Bill Stromberg, head of equity at T. Rowe. Margin debt—the amount people borrow to buy stocks or bonds—peaked in both the bull market tops of 2000 and 2007. Today’s margin debt has already outpaced those peaks, reaching $400 billion.

“It’s not bubbles yet, but there are signs that we should be careful.”

None of this means it is time to back away, or course. Timing the market is a gamble. A correction, instead, could be a sign to buy, Linehan says. Asset managers say there are attractive investment opportunities out there—good companies still undervalued, though they are hard to find. In recent converstations with many market strategists, they are steering clear of the overvalued Internet IPOs and consumer staples, and instead looking to energy, natural gas, and healthcare.

Valuations across the board are getting to a more neutral level, Linehan says. The S&P is currently trading at about 17 times trailing earnings, up 41 percent from October 2008, according to T. Rowe. That’s above its long-term historical average of  15.

Mark Travis, president of Intrepid Capital Funds, tries to find small-cap business that trade at around six to eight times earnings before interest and tax (EBIT). But prices are pretty high in that asset class, he says, and he’s keeping a lot of his assets parked in cash. The Russell 2000 Index trades at 20 times EBIT.

“You’ve got to make a pretty herculean bet in those examples to get to a rapid rate of growth and profitability to justify that high of enterprise value,” he says. “But people don’t think of it that way. They chase what’s moving.”

Many Internet companies are trading at 40 times sales, says Jeff Auxier, founder of the Auxier Focus Fund and Auxier Asset Management. “Sixty-five percent of these are not earning any money.”

Auxier cautions against investing in the current hot area—social media, in particular. It’s looking a lot like 1983, when there were over 30 IPOs in personal computers alone, all of them now gone. “To think social media will endure, it may or may not, but it’s really high risk.”

“To me, that seems pretty frothy,” Brown says.

“Bubbles have to have significant overvaluation, significant ownership and leverage,” he says. “And I don’t see any of them prevalent for the stock market as a whole.”

Where Are the Cheap Stocks?

With high valuations across the board, “what that means is you have to be a lot more selective,” moving perhaps outside of traditional areas, says Greg Woodard, a portfolio strategist at Manning & Napier.

With the rise of the emerging market consumer, many in those countries will buy more cars and gas, a positive for the energy market, Woodard says. He likes some of the oil services companies—such as Weatherford International (NYSE: WFT), Cameron International Corp. (NYSE: CAM) and Baker Hughes (NYSE: BHI)—that have the technology needed to find additional sources of oil.

Intrepid’s Travis is finding opportunities in the exploration and production of natural gas. Newfield Exploration (NYSE: NFX) is one holding, with a $4 million market cap and a current price of around $30. Travis believes it’s worth $40 a share. The company has been selling off some production in Malaysia and China to reduce some to its leverage, and moving much of their business to Utah and Colorado.

Kent Croft, president of Croft Leominster, also expects low-cost natural gas to be a long-term secular trend. Many foreign companies are building out new plants in the U.S. to take advantage of the trend globally, where natural gas is selling at higher prices.

One way to play it is to buy the pipelines that benefit from the increased use of gas. Williams (NYSE: WMB), for example, should give you steady improvements over the years, and offers an attractive dividend, Croft says.

Gas prices should trend upwards, and companies that own gas in the ground—such as Southwestern Energy (NYSE: SWN) and Devon Energy (NYSE: DVN)—will benefit from that, Croft says. Investors can also take advantage of who’s building out the infrastructure. Quanta Services (NYSE: PWR) is one company that is building out transmission capacity for utilities, where they connect a new alternative energy to the grid.

Croft also looks for companies focused on lowering the costs of healthcare, an area that has seen some dislocation recently. Express Scripts (NASDAQ: ESRX), for example, trading at about 13 times earnings, is a pharmacy benefits manager that streamlines the process of prescription drugs and employee buying discounts. Mylan Laboratories (NASDAQ: MYL), a provider of generic drugs, is trading at 12.5 times earnings. As healthcare costs rise, Croft believes these companies will do well as people look to keep costs down.