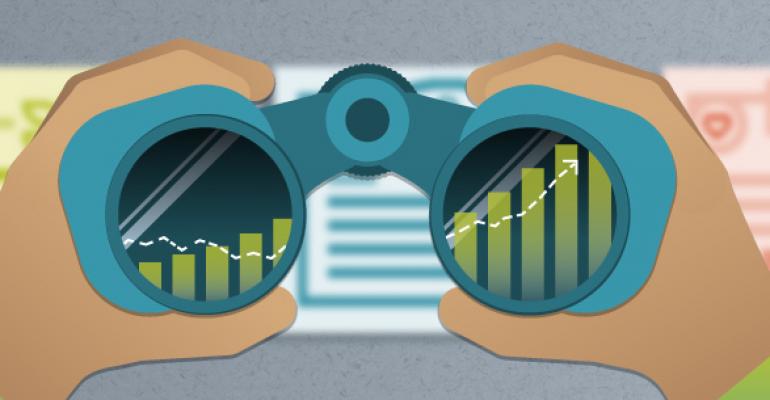 Between improving corporate credit and attractive entry points into the muni market, 2021 is shaping up to be a better year for fixed income demand than the last.

For fixed income investors, the first half of 2021 was memorable for the sharp jump in interest rates, with both municipal and corporate bonds enjoying near-record valuations. As the COVID-19 vaccine program ramped up, new infections plunged and restrictions were lifted. The reopening, in conjunction with massive fiscal and monetary support, generated a V-shaped GDP recovery.

However, the reopening came with unanticipated issues. Despite the strong pickup in economic activity, employment lagged behind expectations, in part due to reluctance to return to work. As the second quarter progressed, logistical and labor difficulties combined to create unexpected bottlenecks and price pressures that increased inflation worries. That said, a robust economy overall should continue to support issuer credit profiles and bolster demand for corporate and municipal bonds, leading to a less volatile environment over the remainder of the year.

Economic update: How likely is inflation to persist?
Since the Democratic Party took control of both chambers of Congress and the White House, $2.8 trillion in far-reaching federal stimulus has been signed into law. The successful rollout of multiple COVID-19 vaccines allowed many states to lift pandemic-related restrictions and reopen their economies. Better economic news and rising inflation expectations created fear that the Federal Reserve might end its asset purchase program early. In response, rates began the year by moving sharply higher. By the end of March, this miniature taper tantrum saw 10-year Treasury rates rise 83 basis points (bps) higher than their December 2020 close and 123 bps higher than their August 2020 low. Over the second quarter, rates fell, retracing about 30% of their early-year rise, and corporate and municipal spreads recovered to again approach historically tight levels.

The economy continues to receive significant support from both monetary and fiscal channels. The Fed continues to purchase $120 billion of Treasury and mortgage debt each month, and fiscal authorities are working to enact a massive infrastructure spending plan. Progress in recovering from the pandemic has led the Fed to begin discussing the eventual tapering of its open market purchases, although it still doesn’t expect to increase rates until 2023.

We think the Fed is correct in viewing inflation and growth through a transient lens. Currently year-over-year CPI and economic comparisons are being calculated from near the depths of the pandemic, when prices and measures of economic activity were abnormally low. For instance, inflation is running at about 2.5% annually, rather than the 5% year-over-year headline rate reported by the Bureau of Labor Statistics, when measured from May 2019 to May 2021 instead of from the depths of the recession. The base that the year-over-year measurement is taken against will be much higher over the next few months, quickly reducing the year-over-year change. As the distortions created by the pandemic and the response to it normalize, both the economy and inflation will begin retreating to something akin to their long-term trends.

Finally, tight labor markets have been a component of previous bouts of inflation. We look at the current labor force participation rate and see it materially lower than prepandemic levels, which in our view supports the thesis of a slower-than-expected recovery.  As workers reenter the labor force with the expiration of various unemployment benefits, school reopenings, and increased vaccination rates, firms may not have to compete for labor as much, keeping wages in check.

Corporate bonds: Will credit keep improving?
For the first time in its 38-year history, the ICE BofA 1–10 Year US Corporate Index produced negative returns in each of the first three months of a year. During the first quarter, rising rates were the primary driver of the index’s -2.06% return. A partial reversal in rates and a 12 bps narrowing in credit spreads during the second quarter helped the index return 1.76% for the period, leaving it just slightly in negative territory for the year to date. Despite the negative returns, flows into the asset class have remained strong, and the market has maintained a firm tone as investors sought the additional yield provided by investment-grade corporate bonds.

Over the past year, we see the credit cycle as having jumped from a distressed phase to a midcycle recovery phase. Recoveries generally last several years and coincide with economic expansion. In most recovery periods there are more upgrades than downgrades and fewer defaults. During recoveries, corporate bonds generally outperform Treasury securities, and the extra carry acts as an important hedge to rising rates.

Indicative of the start of this upgrade cycle, rising stars, or bonds that have been upgraded from high yield (HY) to investment grade (IG), have outpaced fallen angels, or bonds that have been downgraded from IG to HY, this year. This is a significant reversal from the first half of 2020, which saw a record number of IG bonds downgraded to HY. We think this trend is likely to continue. Management teams at many fallen angel companies are interested in regaining their IG ratings and are reducing leverage accordingly.

Over the last half of the year, we retain a positive view on corporate bonds. Despite the friction created by logistical disruptions and labor shortages, the economy is expanding and should continue to do so. As vaccination rates rise and anomalies created by COVID-19 normalize, corporate planners should regain confidence lost during the worst of the pandemic.

Municipal bonds: When should investors jump in?
For the past year, municipal bond investors have been watching the market closely for signs of an attractive entry point. Since the credit-driven liquidity scare of March 2020, absolute yields have substantially decreased while munis have outperformed, both for good reason. Over that period, a tremendous amount of support came from the federal government via liquidity facilities and various forms of aid. Other contributors to the rich valuations in the current environment include extraordinary monetary policy accommodation, secular disinflation, high individual tax burdens, and an overall lackluster tax-exempt new issue supply pipeline.

However, as investor behavior and government policy change, there may be entry points on the horizon. In a swift and direct response to the recent pandemic, municipalities were granted $500 billion of direct aid from the 2020 Coronavirus Aid, Relief, and Economic Security (CARES) Act and the 2021 American Rescue Plan. Additional legislation enacted in the period has provided indirect aid to several sectors that enjoy access to tax-exempt financing, including hospitals, airlines, and transportation agencies. For context, the amount of direct aid to states was roughly four times as large as state budget shortfalls projected by Moody’s and over 20 times as large as those for local governments.

Before the tremendous amount of federal support for municipalities bolstered balance sheets, two components of the 2017 Tax Cuts and Jobs Act (TCJA) had been major contributors to the tight valuations for tax-exempt municipals. The elimination of advance refunding and the repeal of the state and local tax (SALT) deduction cap simultaneously decreased new issue volume and increased demand for municipals, respectively. In our view, it’s likely that both of the above changes could be rolled back as part of the Biden administration’s agenda, providing some relief to a tight technical environment.

Since the 2020 election, a relatively quiet new issue calendar combined with strong reinvestment flows added to these tight valuations. In fact, 57 of the last 58 weeks have seen net inflows into the muni fund complex, amounting to a net increase of $120 billion for the period. Meanwhile, tax-exempt new issue supply increased 9% from a modest $145 billion in 2020. We see little relief on this front ahead now that the traditionally tight summer season in full swing. We estimate that reinvestment demand will far outstrip new issue supply to the tune of $35 to $55 billion, perhaps keeping a lid on valuations relative to other taxable alternatives.

Munis had outperformed until recently, causing their ratios to decline to all-time lows. However, a recent uptick in supply congruent with historically rich valuations have given investors pause and provided some relief. A recent study published by JPMorgan “suggested that outflow cycles follow monthly index results of -2% or lower.” While we’ve yet to see that type of negative print this year, it’s not a far stretch to think sustained Treasury volatility with compressed absolute muni rates, as well as rich valuations relative to taxable alternatives, could lead to profit-taking, underperformance, and even outflows. However, these windows of weakness might be fleeting in an otherwise tight seasonal period. For investors subject to high taxes and looking for duration, we suggest capitalizing on any softness.

Sources: Bloomberg, Reuters, 6/16/2021. For illustrative purposes only. Not a recommendation to buy or sell any security.

There are other risks to monitor. If the Biden administration continues to push tax increases for corporations and the ultrawealthy, demand may remain robust or even increase. Additionally, the proposed rollback of advanced refunding legislation may not pass, which would keep supply in check. Finally, any continued weakness in high-grade fixed income markets could easily be met with a wave of new cash earmarked for duration, in which case any sell-off might be muted in duration and magnitude.

The bottom line
Valuations for corporate and municipal bonds have approached postcrisis highs as the exceptionally strong economic recovery has fueled investor confidence. Barring another spike higher in Treasury yields, the positive fundamental credit outlook in both markets should dampen volatility going forward. We would view market dips as buying opportunities, and we advise investors to plan accordingly and be nimble should such opportunities arise.