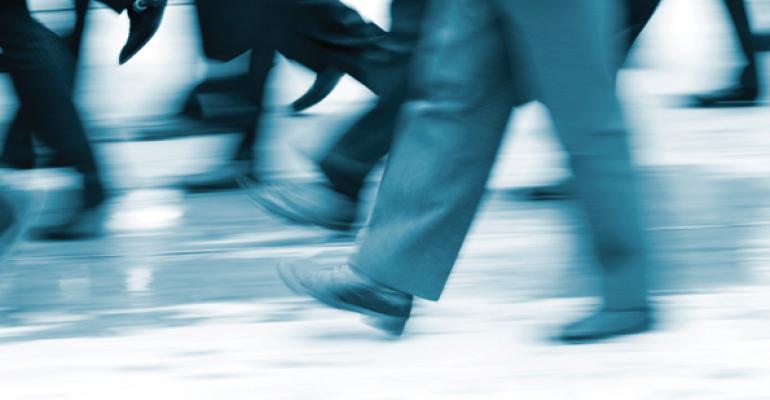 Looking Back, 2012 A Mixed Bag For Wirehouses

Assets mostly were up, but advisors are on the move.

Asset growth gladdened most of the four major wirehouses last year, data from an advisor survey by WealthManagement.com show, but the market remained unsettled amid the movement of hundreds of advisors as they struggled with the effects of mergers and regulatory changes.

Most wirehouses saw growth both in assets under management and average AUM per advisor­—a sign that advisors were working more in teams and were more productive,  says Sophie Schmitt, a senior analyst on Aite Group’s Wealth Management team.

Despite these gains, some wirehouses still experienced quite a bit of advisor movement. Merrill Lynch led with a net gain of 5 percent (That’s when advisors at its Merrill Edge group are included), while Morgan Stanley saw a net loss of 2.7 percent.

Meanwhile, UBS and Wells Fargo Advisors had minor advisor gains and losses, respectively. One former Wells Fargo advisor who recently moved to a smaller regional firm cites the wirehouse’s fee system—with which some clients were dissatisfied--and product push as the main reasons for the move.

“The big firms like Wells Fargo are making advisors focus on propriety products, such as managed money, and losing focus on clients,” the former advisor says.

“At the wirehouses, there’s still a lot of confusion,” says Jason Del Col, senior vice president, advisory services, at United Capital Financial Advisers, a national RIA based in Newport Beach, Calif. He added that there’s been a compression of the wirehouse business, saying that the firms are still struggling to adapt.

“For a number of reasons, including the economy, globalization and new government regulations, investment banking and wirehouses have changed significantly,” adds Skiddy von Stade, CEO of OneWire, a New York-based advisor recruiter.

With Merrill Lynch in the final stages of restructuring and integrating client platforms between itself and parent company Bank of America, the firm seems to have recovered its stride enough to make gain in advisors and AUM.

Meanwhile, uncertainty continued to weigh on the attitudes of many Morgan Stanley advisors, affecting the willingness of some advisors to stay with the firm. A number are still struggling to assimilate the changes that ensued following the 2009 merger of Morgan Stanley and Smith Barney.

Some of Morgan Stanley’s advisor movement also could be attributed to the criticism that followed the firm’s launch of a new Web-based platform earlier this year called 3D, Aite’s Schmitt said, citing early glitches and advisors’ complaints of time-consuming steps.

One former Morgan Stanley advisor who recently shifted to Raymond James & Associates calls the 3D system “a step in the opposite direction,” and adds that the firm’s policies and procedures are a “major step backwards.”

“Changing the way advisors do business is always challenging,” Schmitt says. She adds, however, that Morgan Stanley enhanced its organization a lot over the past year, a move that could lead to future gains.

But in many cases these unpopular policy and procedure changes are products of regulatory reform, von Stade says. Many of the rules implemented under the Dodd-Frank legislation forced wirehouses to increase the red tape and paperwork that frustrate advisors, he says.

“What you’re seeing now is that government regulation is making it difficult for a money manager to focus on the core of their business: the clients,” von Stade says. He calls the new paperwork involved in many transactions “counterproductive.”

Consumers are also driving some advisors’ decisions to move away from traditional wirehouse service models, Del Col adds. Firms can no longer just regard clients as “walking wallets,” he says; clients want to be in the “cockpit” when making choices.

“People want to interface with every aspect of the decision,” Del Col says, adding that the antiquated service model doesn’t cut it anymore.

Looking ahead, this year promises to be another challenging year for wirehouses as the landscape of the industry continues to change, industry observers say.

“Things are starting to smooth out, and the culture is coming together,” says Michael Terrana, president of the Chicago-based advisor recruiting firm, Terrana Group. But don’t expect “radical changes,” he adds; while there were no changes made to compensation grids at the wirehouses for 2013,  that may not be the case next year.

“If there were some grid changes, it might force some advisors to look around,” Terrana said. He also noted that firms like Wells Fargo have retention deals that are set to expire in the first quarter of 2013, which could also prompt movement.

Regional firms, such as Raymond James & Associates, seem to be a strong contender for wirehouse refugees, Terrana says, but advisors looking for a lucrative deal need to keep within the big four.

“We do see cracks in the model and people leaving,” Del Col says.