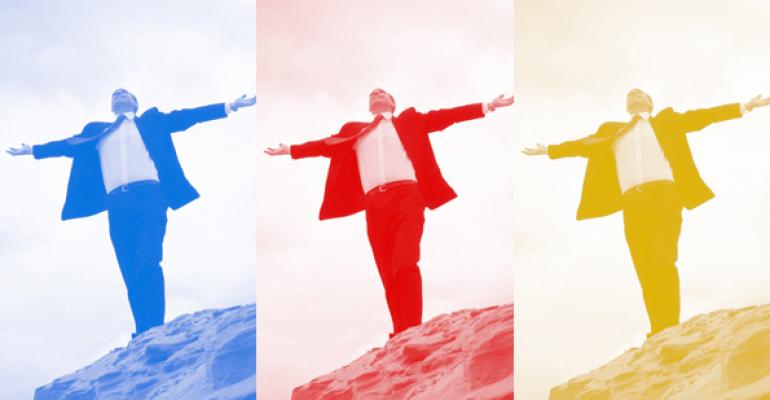 Index Funds Are Going to Be Just Fine

Those hoping for a major reversal of a trend 40 years in the making are likely to be disappointed.

If something cannot go on forever, well then, it will eventually stop. So said economist Herbert Stein when he made this obvious but insightful observation. Trees do not grow to the sky, and matters that are truly unsustainable eventually come to an end.

The most recent example of something that can’t go on forever has been the inflows into low-cost, passive index funds, primarily to the detriment of higher-cost, actively managed funds. As the Wall Street Journal reported:

For the first six months of 2018 the amount of money going into all U.S. passive mutual funds and exchange-traded funds was down 44 percent from the same period a year earlier.

The decade after the financial crisis saw rivers of money gushing into the three biggest indexers — Vanguard Group, BlackRock Inc. and State Street Corp.  These firms now manage almost $15 trillion in equities and fixed-income funds. All three are many times larger than they were in the mid-2000s.

During the fat part of the inflows, many fearful explanations were cited as a reason. Some were simply silly: indexing was Marxist, or nonprofit or Socialist, a bubble soon to burst, dangerous to the economy, and so on. Others were less histrionic, but just as misinformed and wrong.

A more factual explanation for the shift toward indexing is: 1) Changing business models in the money-management business with the move away from commission brokerage accounts and toward fee-based advisory; 2) investors were not getting the promised gains from many active managers, especially hedge funds and other alternative investments; 3) investors became disillusioned by a series of accounting frauds, analyst scandals, scams and Ponzi schemes in the 2000s; 4) a sense that markets were rigged against the little guy sent them looking for other options; 5) the broad acceptance of behavioral economics led many people to recognize that they lack the skills and temperament to actively manage their own money; and 6) repeated crashes and volatility in equities, commodities and housing finally exhausted the patience of a generation of investors.

There are many more reasons, but those intellectually and mathematically supportable explanations suffice for the purposes of today’s discussion on sustainable trends.

Now that the unsustainable is no longer being sustained, we already see similarly misguided explanations for the flow slowdown.

Yes, the inflow slowdown was correlated with a period of market swings tied to concern about trade wars and rising interest rates. But what about all of the prior market swings? We have had flash crashes, nuclear saber-rattling, special prosecutors, surprising election results here and abroad, even a downgrade of the U.S.’s credit rating, none of which slowed inflows. Finding a correlation, then implying that is the causation, is simply sloppy reasoning.

Nor are there good reasons to think that a reduction of inflows into cheap indexers represents — as some seem to think it does — a test of investors’ comfort with passively managed funds.

Try this better explanation: About $10 trillion in assets have completed their move from pricey and actively managed funds to cheaper and passively managed ones. It has slowed down because the first phase of transition to indexing has been completed. The low-hanging fruit has been picked. If my thesis is correct, after this, inflows will likely be steady but somewhat slower.

I speak regularly with senior management at Vanguard, Dimensional Fund Advisors and another index providers. For years they have had to cope with a deluge of inflows, and I suspect they welcome the opportunity to digest these gains, allowing their systems to catch up to the huge increase in assets under management.

Despite the slowdown in inflows to passive funds, indexing is still giving active funds plenty of competition. The Journal reports that “$29 billion in client money left those [active] funds during the first half of this year.” Any fund manager presented with the choice of slower inflows versus outflows is going to choose the former.

Why must we complicate what is otherwise a simple explanation? Investors have become a little more financially literate; indexing is maturing as an investment style. Those who are hoping for a major reversal of a trend that has been 40 years in the making are very likely to be disappointed.