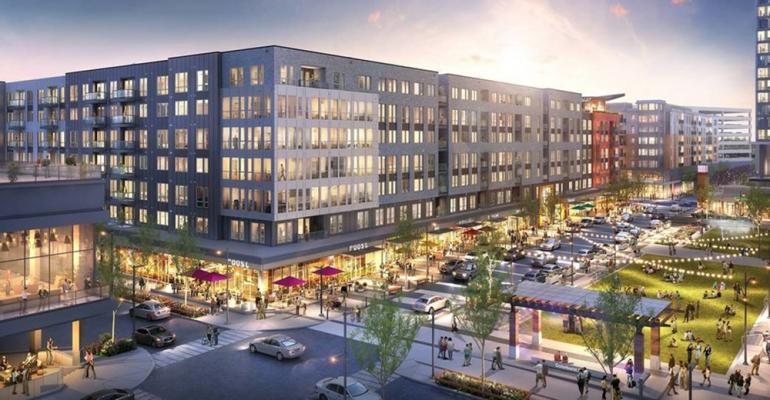 The pandemic prompted some developers to tap the brakes on new projects. That’s not the case at Howard Hughes Corp.

Capitalizing on Americans’ pandemic-era desire for walkable, amenity-rich neighborhoods, publicly-traded Howard Hughes Corp. recently launched the development of about 2 million sq. ft. of multifamily, office and retail space at four of its master-planned communities. Those communities include the 22,500-acre Summerlin in the Las Vegas area, 11,400-acre Bridgeland in the Houston area, 14,000-acre Downtown Columbia in the Baltimore-Washington, D.C. area and 60-acre Ward Village in Honolulu.

David O’Reilly, the newly named CEO of The Woodlands, Texas-based Howard Hughes, says stepped-up demand for residential and commercial space at its master-planned communities from people in high-cost coastal markets helped propel the 2 million-sq.-foot expansion. In 2020, the Summerlin and Bridgeland projects ranked among the top-selling master-planned communities in the United States.

“We are right in the middle of the bull’s-eye of the most ideal place in terms of what 2021 and 2022 could be like for Howard Hughes,” says O’Reilly, who became the permanent CEO in December after serving as interim CEO and chief financial officer.

In a Q&A with WMRE, O’Reilly discusses how the pandemic affected Howard Hughes’ assets, how master-planned communities help create generational wealth, and what the company’s short-term and long-term prospects look like.

WMRE: Howard Hughes owns assets in the office, retail, multifamily and hospitality sectors. As everyone is aware, we’ve experienced some economic turbulence in the past year. Amid the coronavirus pandemic, how are these sectors holding up for your company? 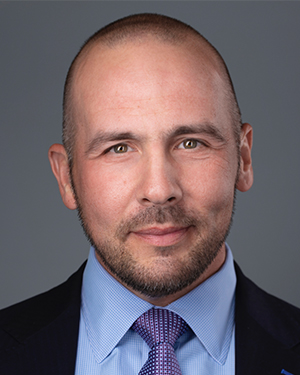 David O’Reilly: We’ve seen mixed results, to be candid. We own a diverse set of asset classes spanning all the property types that you mentioned, but we own them within our master-planned communities, so they’re heavily concentrated in areas where we have unique control. As a result, we’ve seen performance of those assets within our communities that is very strong relative to the national averages. We’ve seen rent collections for office and multifamily in the very high 90s. In retail, we saw an immediate drop in our collections to about 50 percent. But that came back very quickly, north of 70 percent, once stay-at-home orders were lifted and people were back out and shopping. While our NOI and cash flow from retail assets are not back to pre-pandemic levels yet, we definitely see a clear roadmap to getting there.

We had to shut down our hotel assets in the second quarter, and we reopened them in the third quarter and got them back to break even. We hope to start building on that momentum and see positive cash flow coming out of them over the next several quarters. But I think hospitality is going to have the longest road back.

WMRE: How has your asset mix helped you weather the economic downturn?

David O’Reilly: The diversity of our cash flows from different product types is a net positive because it creates some amount of insulation. But I would say the more important insulation that we see is the dominant market share of those assets. That insulation is largely the result of having that unique control of the master plan. We’re able to limit the supply, because there are not six developers all building at the same time as you see in many submarkets across the country. We’re only building one building at a time to meet market demand, so you never get to that supply-and-demand imbalance, which really helps insulate us.

WMRE: What are the advantages of master-planned communities?

David O’Reilly: Master-planned communities have historically held their prices better in downturns, their valuations have appreciated greater during strong economic times and there is one master developer that is helping to carefully curate the entirety of the master plan. We’re able to guide development and play a real-life version of SimCity—schools are here, roads are here, homes are here, offices are here. If you do it in a really thoughtful, well-laid-out way, you can drive outsized value creation. Master-planned communities are operationally different. You have one single owner of contiguous land, and that results in uncommon control. It allows us to have unique permissions, rights of refusal and relationships that we wouldn’t see in a diversified land ownership structure in other markets. That drives the economic differences of master-planned communities, where the structural and operational differences translate to what we see as lower-risk, higher-return outcomes and the opportunity for generational wealth creation.

WMRE: In terms of wealth creation, aside from buying stock in a publicly-traded company like yours, how can a family office, high-net-worth individual or other individual investor take advantage of master-planned communities?

It’s not until you get to that maturity point, where the home sales outpace the infrastructure spend, [that you] get to where we are at Howard Hughes, which is in the harvesting years. We’re then able to receive the benefits of all that capital that was invested upfront. For the past several years at Howard Hughes, we’ve done between $180 million and $216 million of master-planned community earnings before tax. This clearly shows that we’re in the harvesting stages. For an individual investor to buy a master-planned property and get it to that point would take a truly huge amount of capital, and a lot of patience.

Master-planned communities are a generational business. That’s one of the key focuses for Howard Hughes. We appreciate that we are creating value for generations, and we are not bullied into or dissuaded by short-term decision-making that will negatively impact our long-term value creation strategy. So, we’re always focused on how we’re going to continue to drive long-term value creation for our shareholders.

WMRE: You’re the new CEO of Howard Hughes, and you’ve got a new president. What are your short-term and long-term goals for the company?

David O’Reilly: The long-term goals are clear, and that’s continuing to monetize and harvest the thousands of acres of commercial land we have. We’re going to create value on those commercial acres by converting them over time to income-producing assets in terms of office, multifamily, retail and hotels. From a short-term perspective, we’re very much focused on bringing back recurring NOI to pre-pandemic levels by driving collections in retail, stabilizing our hospitality assets and hopefully reopening Las Vegas Ballpark in our Summerlin community, which is home to the Las Vegas Aviators, the Triple-A team for the Oakland A’s.

We also have a very short-term focus with Jay Cross, our new president, in terms of making sure we’re thoughtfully designing the layout of the city centers of our master-planned communities. For us to have the opportunity with great commercial land in the heart of our master-planned communities to design those mixed-use environments as cities of tomorrow using Jay’s expertise—having done it with projects in Toronto, Miami and New York City—is really exciting. Jay’s expertise is in creating cutting-edge, mixed-use environments—live, work, play, pray, learn—understanding how those assets talk to each other in a mixed-use environment and creating lively environments day and night.

WMRE: Are you looking at adding more master-planned communities to your roster?

David O’Reilly: You’re always looking at other potential master-planned communities that we could add to the portfolio. But they’re few and far between. There’s only half a dozen out there that we track with north of 10,000 contiguous acres and a path of growth in a business-friendly environment. But that doesn’t stymie or stifle our growth prospects at all. We’re sitting on thousands of commercial and residential acres that are not developed. Also, we’re sitting on a billion dollars of cash and we have no meaningful debt maturities for three years. So, we are in an incredible liquidity position where we’re able to put that capital to work. Our growth prognosis for the next 20, 30, 40 years at Howard Hughes is amazing, even without any potential external opportunities.