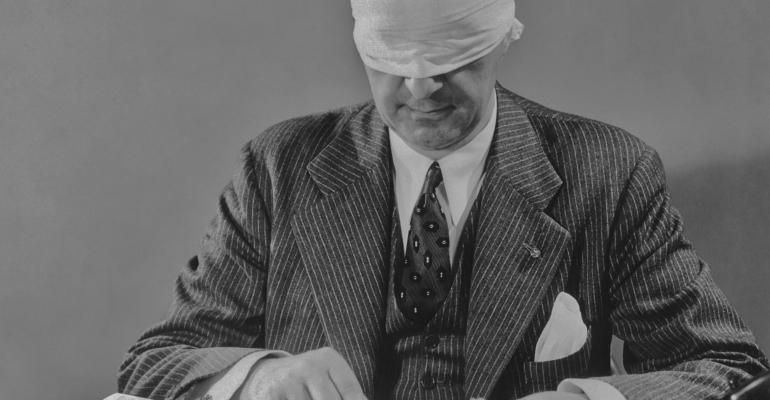 Instead, he identified about 50 companies he thought were well run and worth holding long term -- and it paid off.

(Bloomberg) --When Robert Marshall-Lee started running an emerging-market equity fund six years ago, he decided the only way to withstand the surge in passive investing strategies was to stop paying attention to them.

Breaking ranks with peers whose goal was to beat the benchmark, the Bank of New York Mellon Corp. money manager instead identified about 50 companies he thought were well run and worth holding long term -- and it paid off. He delivered 12 percent annual returns in the past five years, eclipsing all competitors, human and robot, tracked by research provider Morningstar Inc.

“Competition from exchange-traded funds doesn’t even feature for me, I am very unconcerned,” said Marshall-Lee, a 22-year investment veteran whose top-performing Newton Global Emerging Fund is among the 2.6 billion-pound ($3.3 billion) portfolio he lead manages from London. “If you track the index you end up holding a lot of undesirable companies.”

In contrast to the trend in advanced countries, Marshall-Lee represents the rule rather than the exception in developing nations. Since 2012, active investors like him with funds domiciled in Europe have done better than exchange-traded funds 60 percent of the time in these markets, compared with just 20 percent in the U.S., according to Morningstar.

That defies the view held by an increasing number of market savants and participants, such as Warren Buffett, that index trackers will always win over time for the simple fact that they cost less. But then, picking stocks on the Standard & Poor’s 500 is an entirely different animal from navigating more than two dozen emerging equity markets in countries where data can be scarce and political upheaval often takes investors unaware. Some emerging-market stocks don’t even trade every day.

Dominant Stocks
There’s also the glaring detail that index funds in emerging markets almost always end up being a proxy for what’s happening in Asia -- a skew that may become more pronounced when Chinese domestic A shares are added to the benchmark MSCI Emerging Markets Index next year.

Marshall-Lee, whose fund has registered inflows in the past five years as some competitors bled assets, is free to be more nimble. He takes big bets on a few companies, with his biggest holdings including African media giant Naspers Ltd., Hong Kong insurer AIA Group Ltd., Taiwan Semiconductor Manufacturing and Indiabulls Housing Finance. He also stays away from the behemoth state-owned companies.

Tracking indexes, by contrast, often leaves investors vulnerable to the performance of the handful of dominant stocks: Samsung Electronics Co. makes up 22 percent of the Korean market, Brazil’s two biggest banks account for a fifth of the Ibovespa and just three companies represent 41 percent of Poland’s benchmark.

Good Managers
Cash is flooding into the few dozen ETFs that track indexes in developing countries nonetheless, including the Vanguard Emerging Markets Stock Fund and the iShares MSCI Emerging Markets ETF. Since January, they drew in a net $20 billion, five times more than active managers and more than double the inflow last year, Morningstar figures show.

On returns, though, ETFs fell short, producing an average of 3.6 percent return annually in the past five years in those markets versus a 4.1 percent gain from active managers, after stripping out management fees.

“If you find a good manager, the chances are there you can actually beat the benchmark,” said Daryl Liew, who helps private-banking clients manage their wealth as the head of portfolio management at Reyl & Cie SA’s Singapore unit. He advises customers to use index funds in advanced countries, but stick with active managers in emerging nations. “The challenge is finding a good manager,” he said.

And it can be a challenge. While Marshall-Lee is outperforming, more than a third of the 358 others tracked by Morningstar trailed ETFs. In the 10 years through 2016, four out of every 10 emerging-market equity funds flopped, according to S&P Dow Jones Indices’ SPIVA Scorecord report for 2016 comparing active and passive investments.

ETF Rush
Advocates of passive investing maintain that developing countries are no exception to the rule that, over the long run, relying on a manager’s intuition won’t beat the benchmark.

Out of every $3 invested in mutual funds focused on emerging markets, $1 is now held in ETFs as passive strategies gain ground. The shift makes sense given that for all the good active managers out there, there are plenty of “dumb” managers who will lose clients money, according to Jack Bogle, the founder of Vanguard Group and creator of the first index fund in 1976.

“That is simply the math,” said Bogle in an interview. “If I sell my bad stock to another emerging-markets manager, there is just no way around the basic principle,” he said.

For more on the active-passive investing debate, click here.

There are, nonetheless, reasons unique to the developing world to be wary of following the pack into ETFs. For one, they aren’t all that cheap. The average expense ratio for an emerging-market ETF is 50 basis points, or $500 for every $100,000 invested per year, double the price of passive funds geared to U.S. and European markets, according to Morningstar.

China Slant
But cost isn’t the only consideration. Some investors worry about the Asian bias since the MSCI Emerging Markets Index allocates more than half to China, South Korea and Taiwan.

“A lot of the Chinese listed companies are controlled by the government and state interest can take precedence over profitability,” said Mathieu Caquineau, a Paris-based senior research analyst at Morningstar. “There is a risk here by going passive that should not be overlooked.”

In the first five months of 2017, as emerging markets rebounded, active managers continued to beat their passive counterparts, albeit by a smaller margin: 17.2 percent versus 16.1 percent. Marshall-Lee’s fund added 27 percent.

“Ultimately it is about getting the stock-picking right and being thick-skinned enough to use the time when the market is worried about short-term issues to buy the right companies,” he said.