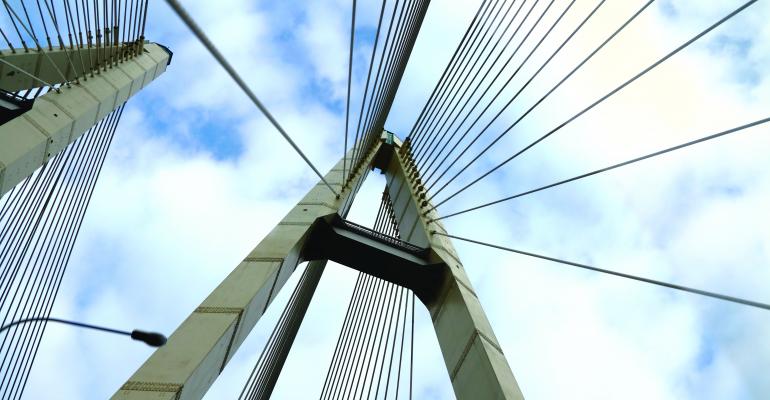 Will 2019 Be the Year for an Infrastructure Spending Bill?

Both parties agree that the bill is crucial, but a concrete plan has yet to be agreed upon.

President Trump is nearing the halfway mark in his current term, and the country is still waiting to see if he will make good on one of his key campaign promises—a $1.5 trillion infrastructure spending plan.

Early in 2018, the Trump Administration introduced a plan that calls for putting up $200 billion in federal funds that would require a 4-1 match from state and local governments with an aim to stimulate about $1.5 trillion in public-private spending to upgrade and improve key infrastructure. That was followed by House Democrats releasing their own plan that would provide $1 trillion in federal funding. Yet there has been little traction on either of those plans over the past several months, and views are mixed on the challenges that lie ahead in moving legislation forward in the coming year.

“I think the idea of taking on that much investment that would require significant political compromise from both sides in the next year is unlikely,” says Brian Landes, director of GIS/location intelligence at real estate services firm Transwestern. “I don’t see a lot of infrastructure investment happening over the next year or two based on the political realities.”

In its 2017 Infrastructure Report Card, the American Society of Civil Engineers estimated that the U.S. needs $4.6 trillion to support infrastructure spending between 2016 and 2025, with only about $2.6 trillion in identified funding, resulting in a gap of $2 trillion. As a result, even that $1 trillion in the federal plan would fall short of meeting spending needs.

The fact that an infrastructure bill hasn’t come to fruition—even with both parties that seem to agree that infrastructure investment is needed—points to some formidable hurdles that exist in moving the infrastructure spending plan forward. The biggest stumbling block is coming up with the funding amid pressures to reign in federal spending. “It all comes back to the funding. There are some great ideas and people know what needs to be done. It’s just a matter of getting the dollars to make those projects happen,” says Landes.

A major infrastructure spending bill would provide a strong economic stimulus at a stage when economic growth appears to be slowing, and there is some optimism that the bill could gain momentum in 2019 due to its bipartisan support. “I think there is an intention for some type of bill to come to the floor in the first half of the year,” says Rebecca Rockey, an economist and head of Americas forecasting at real estate services firm Cushman & Wakefield.

In addition, legislators are discussing ways to create a viable revenue stream to fund infrastructure spending. One option is to pass legislation allowing the sale of Rebuild America bonds that could potentially raise $300 billion to fund a national infrastructure “bank” to provide funds or low-interest loans for infrastructure needs, notes Rockey. Another idea would be to further increase the federal gas tax, which currently stands at 19.4 cents per gallon of gasoline and 24.4 cents for diesel fuel.

The focus on improving the aging infrastructure is something that both Republicans and Democrats have talked about for decades. “We are all hopeful, both as citizens and participants in the real estate industry, that when the government gets around to moving legislation through, this is one of the first pieces that we see passed,” says Michael Welch, MRICS, head of valuation and advisory services at real estate services firm JLL in Houston. And approving the Trump plan is a fairly “safe” bill to pass, because the federal funds would only be allocated with buy-in from the state and local agencies that have to put up their own matching funds, he adds.

Increased infrastructure spending would have both direct and indirect benefits for the commercial real estate industry. “By and large, this would be a positive thing for commercial real estate and the economy, particularly when you look out to 2020 and the effects of the spending bill that was passed this year are expected to become a net drag on GDP growth at the headline level,” says Rockey. Federal money would be leveraged to create activity in the private sector and state and local level, all of which is positive for economic activity and will benefit all types of commercial real estate, she says.

One risk is how inflationary additional stimulus could get at this stage in the cycle, especially given the labor market that is especially tight in the construction industry. However, even if a bill does get passed in 2019, it will take time to deploy that capital. There may need to be a separate appropriations bill to actually spend the money, and funds won’t go out the door until there is a recipient that has applied for the use of those funds and has been granted approval. “These are large projects that tend to take time. So it’s not like this money will be injected into the economy right away, which creates a benefit of spreading it out over time,” says Rockey.

Infrastructure spending has a strong multiplier effect, and the economic stimulus could prolong the current growth cycle. It could also serve as a catalyst for real estate development. “We look for those parts of the bill that are affecting real estate, such as where they are widening roadways or building new roadways or where power lines are getting larger,” says Welch. That type of infrastructure expansion requires the acquisition of real estate. For example, when government places a new outer loop or interchange in a city it creates new zones for residential and retail development and other supporting services. “So, from a big picture perspective, infrastructure improvements create new areas of development, and that is of keen interest to us in the real estate world,” says Welch.

Even without a new federal infrastructure spending bill, investment in infrastructure is occurring nationally, ranging from a boom in oil exploration to expansion of high voltage transmission lines to provide access to electricity. In addition, Elon Musk is making some interesting investment in deep subterranean tunnels. “There are some people who are trying to push the envelope on infrastructure,” says Welch. However, a lot of that activity is being driven by private groups and private infrastructure, he adds.