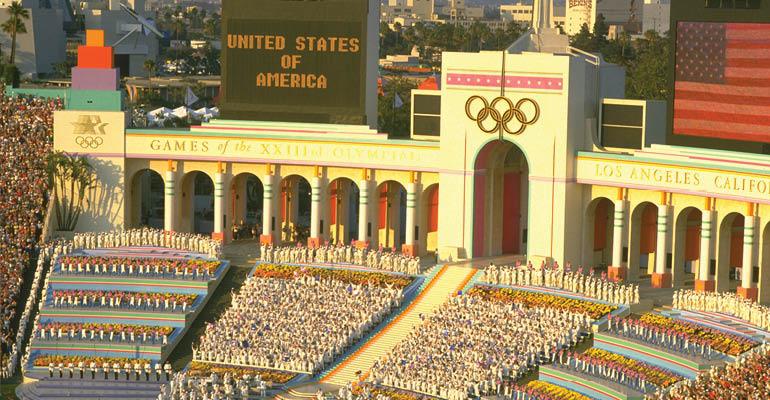 What Will Hosting the 2028 Olympics Do for Los Angeles’ Reputation?

In the immediate future, preparation to host the Olympics will proliferate and hasten the influx of funding for commercial real estate and infrastructure, creating a boomerang effect on job creation.

Los Angeles’s thriving commercial real estate market is leading to robust growth in infrastructure and office space, boosted by an infusion of tech, entertainment and other growing businesses. A decade of preparation for the 2028 Olympics, and the economic influx and added post-event revenue that this will likely bring, should catapult Los Angeles into a higher ranking of dominant world cities.

A world city (also called a global city or a world center) is a critical nerve center of business, innovation, economic output and cultural capital. World cities propel global finance, political stability, quality of life for its citizens and information exchange. Some of the key metrics used to quantify global influence, as in AT Kearney’s annual global cities report, include infusion of trade, international business, innovation and multiple major industries (including the presence of industry leaders), network centers and strategic regional hubs, as well as intrinsic value to the global community at large.

Higher ranking global cities often dictate where businesses choose to build major hubs and headquarters. A rise in world city rankings resonates for decades across multiple sectors and heavily impacts many industries and human migration patterns to meet job force and economic demands. All of the above is a net positive for commercial real estate: the higher a ranking a world city attains, the more value and forward potential its real estate market commands.

One of the most immediate impacts of hosting the Olympics is an infusion of money from tourism, broadcast rights, licensing, inward investment, sales and oversees contracts. Revenues from the 2012 London Olympics are estimated to be between £9-10 billion pounds. Similarly, Rio de Janeiro enjoyed $9+ billion in revenues from hosting the 2016 Olympics, somewhat tempered by the fact that they ran over budget. A National Bureau of Economic Research report also demonstrates a sizable and lasting Olympic impact on trade, most notably national exports (30 percent higher for countries that have hosted the Olympics), but also clustered regionally and locally for host cities.

In the immediate future, preparation to host the Olympics will proliferate and hasten the influx of funding for commercial real estate and infrastructure, creating a boomerang effect on job creation. Accessibility of different neighborhoods will be aided by an aggressive 40-year plan to upgrade Los Angeles transit, including metro rail, buses, downtown streetcars and highways. Indeed, the Olympics may function as an important catalyst to expand commuting radius and set firm deadlines for construction and completion of projects.

Hospitality, retail and restaurant sectors will need to expand to meet the increase in tourism. Finally, an upgrade of existing sports venues and construction of new facilities will be necessary.

The broader, more subtle effect will be a continued climb up the pecking order as a global city of enormous and diverse influence. Long-term, Los Angeles will likely burgeon economically, with an influx of migration, innovative human capital and cross-disciplinary talent. As a premier port city and business engine, this will then attract industries, influential headquarters, foreign capital and international investment. The resulting high-paying, high-quality jobs, tourism and corporate travel will all have the cumulative effect of driving appreciation of commercial real estate (office space, luxury retail, hospitality, multifamily housing and work/live urban neighborhood revitalization).

According to the Global Power City Index, Los Angeles is on the outside cusp of the top 10 world cities based on current criteria metrics, something that will surely change in the decades to come. But there are already three intangible global currency categories that we are very competitive in: propagating culture as the undisputed entertainment capital of the world, being the top-ranked U.S. city for international real estate investment, and now the total number of Olympics hosted!

Los Angeles is already well on its way to becoming a sophisticated, influential, dominant global power.

The “Silicon Beach” tech industry has boomed in a few short years, as both an incubator hub for new talent and an overflow destination for companies from the Bay Area. The city has a permanent grip as the epicenter of media, entertainment and PR. It also boasts a rapidly emerging biotech industry and significant foreign business capital investment.

The announcement of the 2028 Olympic Games in Los Angeles is yet another signal of its arrival as a bona fide world city. Higher commercial real estate valuation and more development are bound to follow.

Joseph P. Derhake serves as CEO of Partner Engineering and Science Inc., an engineering and environmental due diligence consultancy. He can be reached at [email protected]