/sites/all/themes/penton_subtheme_wealthmanagement/images/logos/footer.png
Recent
Recent
Hedge Fund Millennium to Try Three Office Days a Week This Fall
May 17, 2021
Why Settle for 'Good Enough' When Great is Possible?
May 17, 2021
WMRE's Common Area: What's Trending in Net Lease Investment
May 17, 2021
That New Hybrid Office May Not Be as Flexible as You Hoped For
May 17, 2021
Featured
Poll: 15 Classic Books on Investing and the Markets
Apr 03, 2020
Fifteen Must-Listen Business Podcasts for Advisors
Aug 14, 2020
25 U.S. Markets Adding the Most Multifamily Units This Year
Feb 03, 2021
The Top Colleges for Financial Planning
Oct 03, 2019 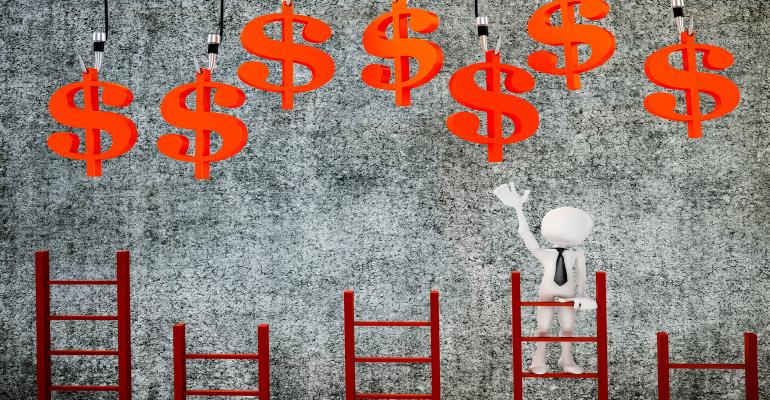 Private equity investors seem to be losing steam when it comes to allocating money to new real estate funds, according to the second quarter of 2019 report from London-based research firm Preqin. The firm found that fundraising in the sector declined noticeably compared to the first three months of the year, and that investors are planning to commit less capital to real estate plays going forward. Here are the main takeaways from the report:

2. Funds focused on value-add and opportunistic strategies and debt raised the most money, at $9.0 billion, $10.0 billion and $8.9 billion respectively. Funds focused on distressed real estate proved the least popular, with none closed in the second quarter.

3.  The percentage of private investors planning to commit $600 million or more in new capital to real estate private equity funds declined to 9 percent in the second quarter, from 11 percent a year ago.

4. At the same time, the percentage of investors willing to commit less than $50 million in new capital rose to 54 percent from 45 percent.

5. As worries about potential market risks rise, a higher percentage of investors expressed the intention to commit money to real estate funds dedicated to core strategies over the next 12 months—at 63 percent compared to 49 percent a year ago. The “core” strategy was by far the most popular with investors during the second quarter, followed by value-add funds (56 percent) and core plus funds (40 percent). Debt funds also rose in popularity, to 25 percent from 17 percent a year ago.

6.  While the greatest share of investors still prefers funds focused on real estate in Europe (52 percent vs. 65 percent last year), funds focused on North America gained in favor, with 50 percent of investors planning to allocate money to the region’s real estate over the next 12 months vs. 42 percent in 2018. Funds with a global reach were the next most popular, at 36 percent (vs. 34 percent last year).
TAGS: News
0 comments
Hide comments
Related
Sponsored