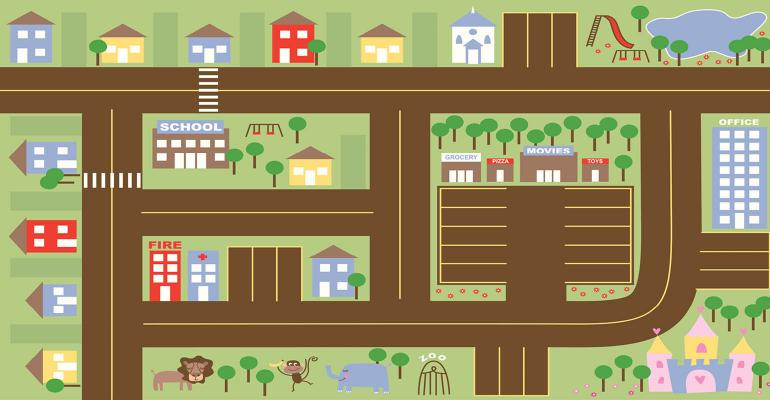 Is Opportunity Zone Investment Worth the Risk?

Investors should be wary of the risk profile of Opportunity Zone deals, which could be much higher in certain targeted census tracts than the stock market.

Federal initiatives designed to incentivize private investment in low-income communities have been around for years, often with mixed results.

Envisioned by the Economic Innovation Group, a non-profit think tank whose mission is to “empower entrepreneurs and investors to forge a more dynamic economy throughout America,” Opportunity Zones received bipartisan support when first introduced in 2016. The measure was included in the Republican tax law signed by President Donald Trump last year. Economic Innovation Group remains active in promoting the program, which it sees as a way to support existing businesses, seed new ones or finance real estate projects in underinvested areas, many of which were hit hard by the Great Recession.

Similar to the like-kind 1031 exchange, Opportunity Zones are designed to reward long-term investment by deferring or abating capital gains taxes. Initially, investors defer their unrealized capital gains by reinvesting into an Opportunity Fund. They’re taxed on just 85 percent of that original investment, as well as proceeds, if they stay in the fund for seven years. If an investment is held beyond 10 years, investors are only responsible for paying taxes on the original investment, making it the more cost-effective option.

The provision in the tax law instructs governors to designate Opportunity Zones from a pool of low-income, high-poverty census tracts that are subject to certification by the Department of Treasury. States can only nominate 25 percent of eligible tracts and were given an initial deadline of March 21 to submit nominations, with the option for a 30-day extension.

According to a recent report from the Brookings Institute, selections are known in 18 states, with most in relatively distressed areas. About 57 percent of U.S. neighborhoods qualify to be designated as an Opportunity Zone, the report said.

The neighborhood choices are key to the overall impact of the program. If states pick areas already undergoing a transformation, investors will be able to ride the wave and ultimately win because of the tax savings, but there will be no benefit to residents in impoverished communities starving for investment.

It's a different concept than New Markets Tax Credits, which caps the amount of the overall tax subsidy and doesn’t have the 25 percent limit on tracts. Since 2003, the NMTC program has issued credits worth nearly $20 billion. In contrast, the Economic Innovation Group says the goal of Opportunity Zones is to take advantage of a $6 trillion bounty of unrealized capital gains following the recent rise in the stock market. As a brand-new asset class, it may take years for Opportunity Zones to gain a foothold, but nevertheless many investors may consider them as a place to park their money amid rising interest rates—and even use them in combination with NMTCs.

Investors should be wary of the risk profile of Opportunity Zone deals, which could be much higher in certain targeted census tracts than the stock market. The key will be staying diversified while still taking advantage of the capital gains tax relief available through the program. On the other hand, if investors stay diversified, there may not be enough funds flowing to these vehicles.

Corporations or financiers interested in investing in an Opportunity Fund should consider that if the program’s new developments and investments in existing businesses spark revitalization in the low-income community, investors may reap a windfall—but caveat emptor. A single investor will likely not have enough capital gains to make an Opportunity Zone project work. Pooled funds may be needed, which creates issues of governance and possible headaches among investors.

Over the coming months, community leaders and investors will be lobbying for individual projects within designated Opportunity Zones. At the same time, there are a lot of details about the program that both public and private entities are trying to figure out. Guidelines from the Treasury Department on what types of investor can use the benefit are still forthcoming, one of many questions pertaining to the program.

As the details of Opportunity Zones come into focus, one thing is already crystal clear: The need for low-income communities is as great as ever, as are the barriers to getting new projects off the ground. Only time will tell whether this latest program, with its high degree of exposure to free-market forces, will succeed, not only in identifying the areas that stand to benefit the most from the subsidy, but also in overcoming the challenges that have limited the effectiveness of other similar initiatives with the same goal.

Darryl P. Jacobs is an attorney with Ginsberg Jacobs LLC. He has more than 20 years of experience in tax and corporate law.