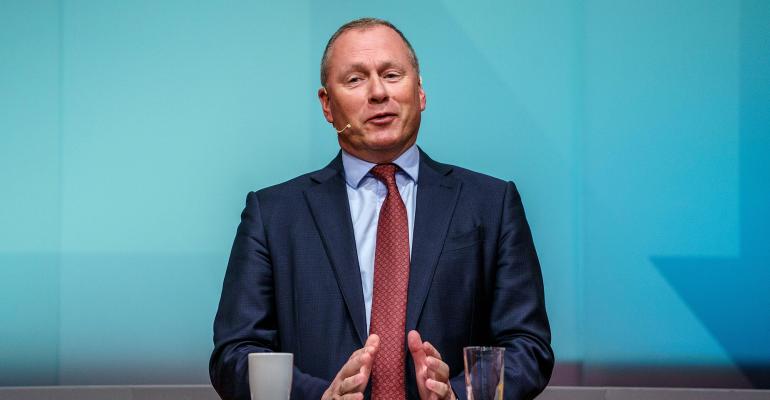 The Oslo-based fund, the world’s biggest, lost 14.4 percent in the six months through June. At the same time, investments in logistics property helped the fund’s unlisted real-estate holdings gain 7.1 percent, though they account for 3 percent of its assets.

The Oslo-based fund, the world’s biggest, lost 14.4% in the six months through June. The loss of $174 billion was the fund’s biggest ever in currency terms for a half year, it said on Wednesday.

“Clearly markets don’t go down in a straight line and, and we are uncertain in terms of whether we’ve seen a bit of a bottoming here or whether we’ll see a continuation of the tough market,” Chief Executive Nicolai Tangen told Bloomberg Television’s Surveillance on Wednesday.

The world’s biggest owner of publicly traded companies has been seeking to temper the expectations since late last year, warning of dwindling returns ahead due to surging inflation and the consequences of the war in Ukraine. Greater uncertainty is the new normal and the fund probably faces the greatest changes in 30 years, Tangen told lawmakers in May.

In the first half, the fund shed 17% on stocks, where it has the bulk of its investments. Technology stocks lost 28%, with Meta Platforms Inc. which owns Facebook and Instagram, and Amazon leading the declines.

The energy sector was the only one with a positive return, of 13%, cushioning the blow thanks to sharp price increases for oil, gas and refined products. Losses on fixed income totaled 9.3%.

Investments in logistics property helped the fund’s unlisted real-estate holdings gain 7.1%, though they account for 3% of its assets.

Norway decided on Feb. 27 to drop Russian assets from the fund in response to the country’s invasion of Ukraine, but ran into problems with implementing the decision after Russia banned foreigners from executing trades on its stock markets.

Norges Bank said in March that it will return with a recommendation on lifting a freeze on the fund’s investments in Russia once markets are functioning more normally, along with more detailed recommendations on carrying out the sale.

Tangen said on Wednesday the Russian holdings remain frozen. “We can’t be certain about where they end up,” he added.

Created in the 1990s to invest Norway’s oil and gas revenues abroad, the fund has a portfolio of about 9,000 stocks, and delved into renewable infrastructure for the first time last year.

Overall, the fund’s total return in the first half was 1.14 percentage points higher than that of the benchmark against which it measures itself. Equity investments in the US and the UK made the most positive contributions to the relative return, and Chinese stocks the most negative.

“This is the first time in two decades that we have generated an excess return in a sharply falling equity market,” the fund said. “We do not expect a similarly strong relative return in the future.”

--With assistance from Tom Keene.