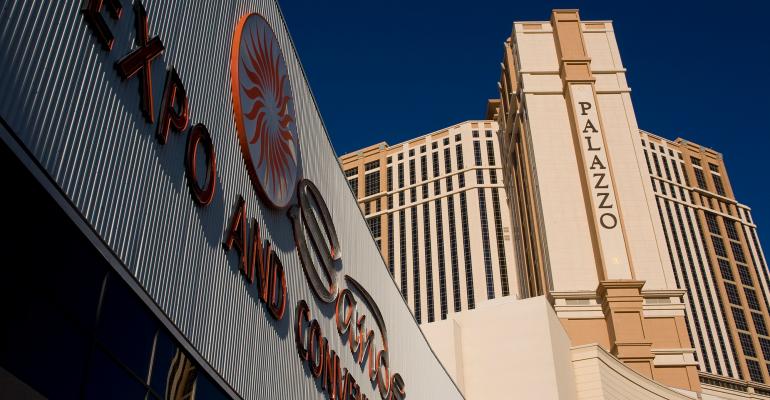 Conference planners are scheduling in-person events for later in 2021, but many expect the return to pre-pandemic attendance levels to be further down the road.

Investors spent billions of dollars to buy full-service, convention hotels in the first months of 2021. These bigger hotels—which typical include restaurants and extensive space—suffered dramatically with the collapse of business travel and conferences during the pandemic.

Now, bolstered by the gradual return of in-person events scheduled for the second half of this year, buyers are eying the sector and making bets. The challenge for investors betting on the space is assessing how robust the recovery will be and how long it will take for the convention business to reclaim its pre-pandemic levels.

“Every REIT and every private equity fund is looking for opportunities,” says Jan Freitag, senior vice president of lodging insights at STR and national director for hospitality market analytics at CoStar Group. “A lot of real estate funds are on the sidelines—a lot of money was raised.”

Overall, investors spent $2.7 billion to buy full-service hotels in the first quarter of 2021. That’s a 19 percent increase from the year before, according to RCA. However, a single, giant transaction accounted for a significant chunk of that activity. In March, Colony Capital closed on its previously announced $2.7 billion sale of its six hospitality portfolios to Highgate and an affiliate of Cerberus Capital Management. Outside of that deal, volume on this sector was essentially flat, down just 3 percent compared to the year before.

“In the scope of things, a 3 percent decline is really good,” says Jim Costello, senior vice president for Real Capital Analytics (RCA), a data firm based in New York City.

Investors were already backing away from full-service hotels—even before the pandemic. Investors spent about half as much in the first quarter of 2020 as they did the year before—and much of that decline came before the coronavirus shut down the U.S. economy. “The deal market in Manhattan was frozen at the end of 2019, after the high-profile default of 20 Times Square and competition from Airbnb,” says Costello.

In addition, another mammoth transaction was announced. Apollo Global Management Inc. and Vici Properties Inc. agreed to a deal valued at $6.25 billion to purchase the Venetian Las Vegas, the neighboring Palazzo and the adjacent Sands Expo Convention Center from Las Vegas Sands Corp. The deal is expected to close by the fourth quarter.

In March, just 40.7 percent of the rooms in upper upscale hotel rooms were occupied, according to CoStar Group. (CoStar includes most conference hotels in its “upper upscale” hotels classification.) That’s down from more than 70 percent before the coronavirus crisis. For many full-service hotels, the number of rooms they filled in March was barely above their break-even point, says Freitag, meaning they could pay for expenses like payroll and electricity, but not enough income to cover the cost of paying a mortgage.

The percentage of rooms occupied at these upper upscale hotels is expected to rise to 48.6 percent by the end of 2021. That’s not exactly a fast return to normal, even though the vast majority of Americans will have received a vaccine by then.

Many conferences organizers are beginning to schedule large, in-person events for the second half of 2021 after continuing to hold most events virtually during the first half of the year.

And just because events are scheduled doesn’t mean they will return to pre-pandemic attendance levels. Most organizers are expected a slow ramp up.

“A full recovery is not expected until 2023 or 2024,” says Helen Zaver, senior vice president of the National Hospitality Group for Colliers International, working in the firm’s Atlanta offices. “Large convention events book well in advance so that although the fall will be much better than last year, it will take longer than leisure demand-based hotels,” says Zaver.

Prices are falling for these full-service hotels—but not by a huge amount.

Prices fell 1.9 percent in the first quarter of 2021 from the year before, according to RCA’s Commercial Property Price Index. In contrast prices rose 4.0 percent over the same period for limited-service hotels, which don’t include restaurants run by the hotel, let alone fancy conference space, according to RCA.

Potential buyers even discounted the reduced income these hotels were able to earn in the pandemic, because of the prospect that lenders might seize conference hotels that have fallen behind in mortgage payments.

“For full-service hotels specifically, we are estimating pricing to resume normalcy by the latter half of 2023 to early 2024 as conventions and group business returns,” says Zaver.