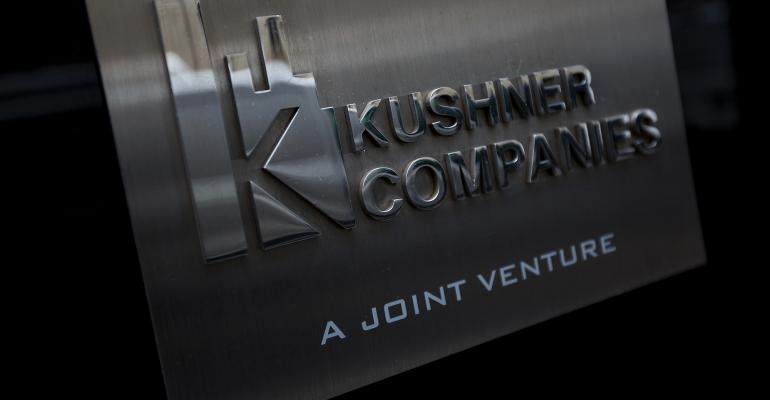 The company sold two complexes for $240 million and has buyers lined up for an additional six complexes.

(Bloomberg)—Kushner Cos. sold two apartment complexes in the Baltimore area for a total of $240 million, part of an ongoing push by the company to unload about half of its assets in Maryland, a person familiar with the sale said.

The company formerly run by Donald Trump’s son-in-law Jared Kushner also has buyers lined up for six additional complexes in the Baltimore area and earlier this year sold another pair of apartment buildings there for a combined $69.3 million, said the person, who asked not to be identified because the information isn’t public.

Laurent Morali, the company’s president, said the Maryland properties -- which were purchased a decade ago -- had reached the end of their investment horizon.

“We are following through with our original business plan to create an exit for our partners after 10 years of ownership,” Morali said Wednesday in an emailed statement, declining to comment further.

Sales of the other half-dozen Baltimore-area buildings are expected to close within the next few months, said the person, who declined to identify the buyers or say how much they were paying.

Morali told the Real Deal in December that he expected all 10 Maryland complexes -- which comprise thousands of apartment units -- would sell for a total of $800 million. Kushner Cos. has been working with three brokers on the sales: Berkadia, CBRE and Newmark.

The company’s Westminster Management oversees more than 24,000 apartment units in New York, New Jersey, Maryland, Virginia and Tennessee, according to its website. Kushner Cos. is currently expanding into Florida, with plans to develop apartment buildings in Miami and Fort Lauderdale. The firm first established a presence there in 2019, before the pandemic sent hoards of people to South Florida to ride out the pandemic in good weather.

While expensive markets such as San Francisco and New York are experiencing vacancies, rent is on the rise in much of the U.S. as workers untethered from offices relocate to cheaper areas. The median rent on a one-bedroom apartment in Baltimore County soared 22% to $1,445 in the 12 months through February, according to a recent report from listing site Zumper.

The Maryland properties being sold by Kushner are part of a 2019 lawsuit brought by the state’s attorney general, who claimed Westminster Management engaged in numerous “illegal and harmful” practices. The firm lied about the quality of rental units and the level of maintenance it would provide, and routinely failed to address hazardous conditions such as rodent infestations, water leaks and mold growth, Attorney General Brian Frosh said in a statement at the time.

The case is still active, awaiting a decision from the administrative law judge, a spokeswoman for Frosh’s office said in an email. The sale of the properties won’t affect the case, she said.